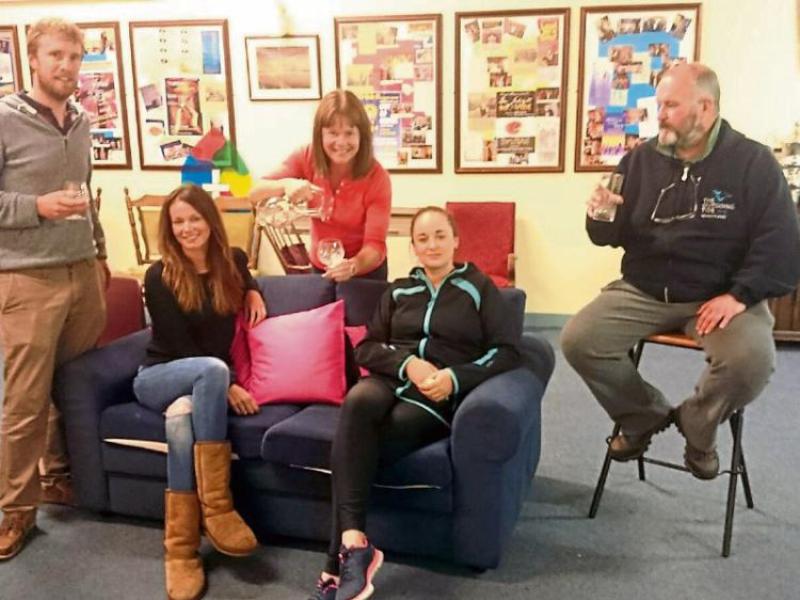 The late Peter Thornton, right, with members of the Nenagh Players

Tributes have been paid this week to the late Peter Thornton, Nenagh, who died following a long illness.

Peter, who was in his early 50s, was the son of Maura and John Thornton who ran a shop on Mitchel Street in Nenagh for many years, and a brother to Anne and Ballina-based Dr Brendan.

He was a founding member of the North Tipperary Wheelers cycling club and the club this week said it was very sorry to hear news of Peter's passing.

"Our thoughts are with his family at this difficult time," said the club on its website.

Meanwhile, Nenagh Players also paid tribute to Peter, who was a member of the group for over 20 years and who played an active part both on stage and behind the scenes.

Known for his meticulous approach to any role he took, the Players posted on their Facebook page: "We thank you Peter for your contribution to us and to drama. You will be missed but the memories will live on. Rest in peace."

Peter last appeared on stage in Don't Dress for Dinner in 2016 and travelled to festival in March 2017 working behind the scenes for Arial.

He was part of the Players All-Ireland Confined productions in 1998 with Flight to Grosse Isle and in 2000 with April Bright.

Peter featured in an Irish Examiner story only last September in which he joined the Irish Heart Foundation in its campaign, Feel the Pulse, urging people to check their pulse on a regular basis for irregular heartbeat and to get a medical check-up once a year.

He revealed that he had been diagnosed with atrial fibrillation in 2014 forcing him to give up his love of walking and cycling.