The Leopardstown accumulator that could win you a small fortune today 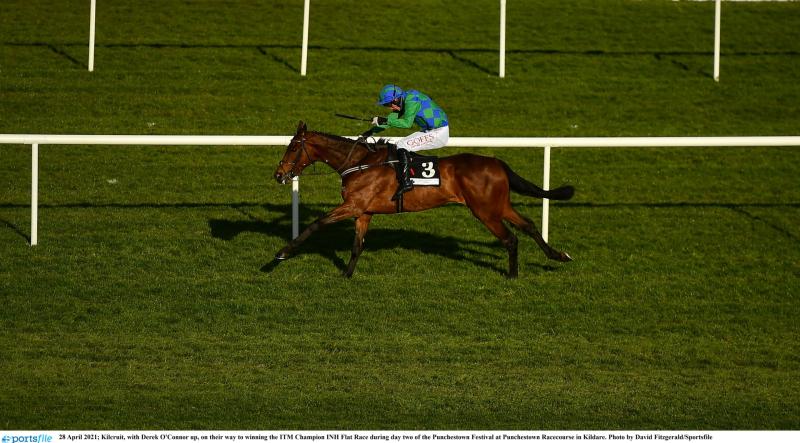 The Leopardstown accumulator that could win you a small fortune today

Willie Mullins has had a good Christmas with winners across the country and at Kempton in the UK where his charge Tornado Flyer surprised many to win the King George.

He has a very strong hand at Leopardstown on Wednesday and could pick up another lot of winners. We have picked out four of his horses to win in a 15/1 accumulator or a nice Lucky 15 bet.

First up is KILCRUIT (4/6) in the 12:35 who is on the comeback trail after a shock defeat at odds of 1/14 last time out. That was too bad to be true at the Cheltenham runner-up can bounce back at a track he shone at last year. He was a 12-length winner here last Christmas and can get his hurdling career back on track now.

Next on our list is SHEWEARSITWELL (15/8) in the 13:10 and this is the one that will bump up your accumulator odds. She's in a competitive race against the likes of Telmesomethinggirl and Royal Kahala but Paul Townend has chosen to ride her of Willie Mullins' quartet in the race. She is unbeaten with a National Hunt Flat win and two hurdle wins now under her belt. She won her two hurdle races at a canter by a combined 16 lengths. She could be a bit special.

SHARJAH (4/5) also makes our bet in his bid for a fourth win in this race at 14:20. This ultra-consistent hurdler has been second in two Champion Hurdles at Cheltenham and hasn't been out of the front three in his last five starts, including a win in this last term and a very good win in the Morgiana at Punchestown last month. He beat the reopposing Zanahiyr by three lengths that day and can beat him again at a track he loves.

Finally, we're hoping THE NICE GUY (4/5) can be kind to us and confirm his lofty reputation with a win in the flat race at 15:25. Mullins hasn't won this race since 2017 but has been having a good time of it with his bumper horses and this looks another good one. He beat Gordon Elliott's Santonito on debut and that rival was a good second to Embassy Gardens here on Monday. The Nice Guy is a horse going places so we're siding with him to bring home a winning bet.