Eily O’Grady laid to rest with husband Frank in Clonmel

Eily O’Grady Patterson, wife of the renowned Clonmel tenor Frank, passed away last week and has been laid to rest with her husband in his hometown of Clonmel. 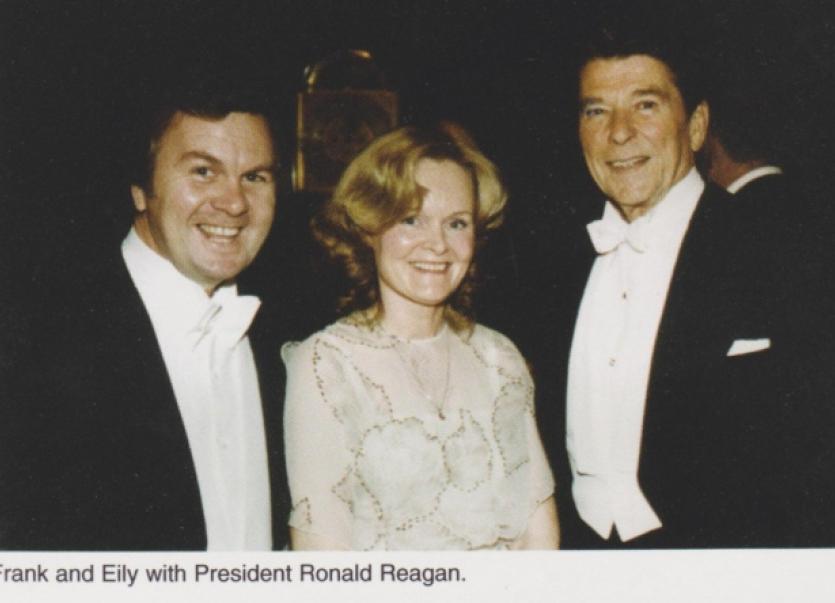 Eily O’Grady Patterson, wife of the renowned Clonmel tenor Frank, passed away last week and has been laid to rest with her husband in his hometown of Clonmel.

Eily, nee O’Grady, was an internationally famed concert pianist and toured the world with her husband, later performing with their son Éanán, a gifted violinist.

Mrs Patterson passed away peacefully at her home in Dublin last Tuesday, July 14. Her funeral mass was celebrated in Dundrum, Dublin, before she was brought to Tipperary to be laid to rest with her husband in St Patrick’s Cemetery in Clonmel. Frank passed away in 2000.

She is survived by her son Éanán, sisters Geraldine, Moya and Shiela, and extended family.

At Eily’s funeral there were beautiful musical tributes from her family members. Her sister Geraldine sang with her own daughter, sister Moya played music as part of a family trio with harp and violin, and sister Shiela played violin. Traditional Irish group Na Casaidigh, cousins of the O’Grady family, sang throughout the funeral mass, religious and Gaelic songs that were a favourite with Eily.

Na Casaidigh performed many times with Eily and Frank, notably in the National Concert Hall in Dublin and in Carnegie Hall in New York.

A eulogy was given by Eily’s brother in law, actor Des Keogh, and the funeral mass was celebrated by Fr Dermot McCarthy, a long-time family friend who also officiated at Frank Patterson’s funeral masses in St Patrick’s Cathedral in New York and Dublin’s Pro Cathedral.

It had always been planned by both Frank and Eily that they would be buried together in Clonmel, Imelda Malone, told The Nationalist. Eily was devoted to Frank and her family and she was a very special person. She continued to visit Clonmel up to recent years, when her health began to fail. In the last few years her in-laws in Clonmel travelled to Dublin to spend time with Eily.

“She will be greatly missed by Éanán in particular and all her close friends and family, and all who knew her” Imelda said. “She was a warm, caring and loving person.”

Among the many people who gathered to bid farewell to Eily, at her funeral mass in Dublin and later that afternoon at her burial in Clonmel, included Imelda Malone, her husband and family; Noel Patterson with his wife and children; and the widow and children of Maurice Patterson; as well as members of the extended O’Grady family, relatives and friends from across Ireland and abroad.

Eily, originally from Dublin, met Frank when they both toured with Feis Eireann, a group of young Irish singers and dancers, in the 1960s. The couple lived in France and America, performing together as Frank studied his craft and then as his star rose. In 1982 they were invited to perform at the White House by President Ronald Regan. They returned in 1995 when they performed for President Bill Clinton, this time with their son. They also performed for Pope John Paul II. They performed at many of the top concert venues in the world, including Radio City Music Hall in Ne wYork and the Royal Albert Hall in London.

In 1998 Eily and Frank were awarded the Gold Medal of the Eire Society of Boston.