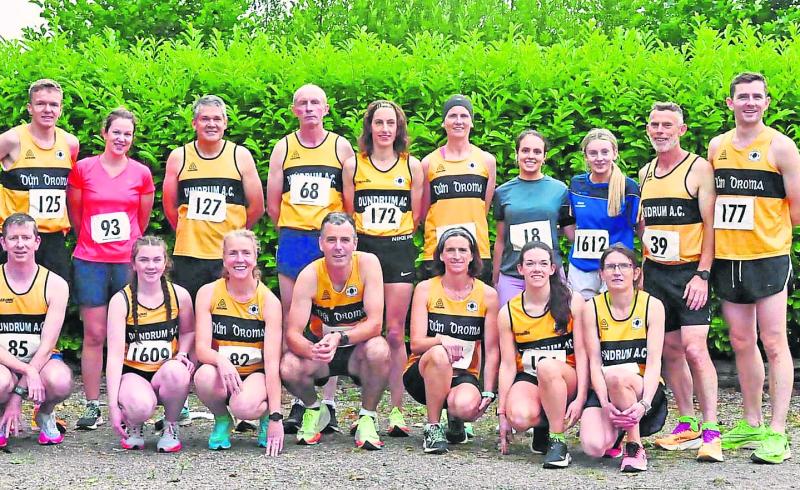 Our very popular 37th Annual Coillte 10k was held on Wednesday, May 6 in Dundrum. It was a lovely evening for racing with a cool breeze.

We had over 200 finishers between our 10k race for seniors and Junior 5k race for those aged 19 and younger.

The 10k is 2 laps and the 5k was was 1 lap. We had athletes from a wide variety of clubs and from other counties with a particularly strong presence from Co Cork and Co Limerick. We had 22 club athletes compete, with 7 of them placing in categories.

We would like to give a huge thank you to the following: for use of facilities Dundrum Community Centre, Crowe Meats, O’Dwyer Steel.

Our sponsors Butler’s Centra, Heffernan’s Shop, John Kelly, Cooper Fencing, and our main sponsor Coillte who were represented by Stephen Moore on the night. With the helping of race Civil Defence, SOLAS, Tipp CoCo, David Fryday, Tipp Mid West Radio, John Kenrick and Premier Timing Systems.
Refreshments Bridget Kennedy, Tom and Mary MacDonald and all those who brought along some cakes and buns. Entries John Kennedy, Stephanie Moore and other club members.

To all the stewards. Finally I would like to give a huge mention to John Moore who runs this race to such a fantastic standard every single year. He pools everybody together to make the race go off without a hitch and took to the roads handing our fliers in other counties at races to draw athletes from all over. To get these numbers at a rural race and in particular a 10k race is huge success.