Down memory lane with Roscrea Through the Ages

Roscrea Through the Ages acknowledges the character of Roscrea town 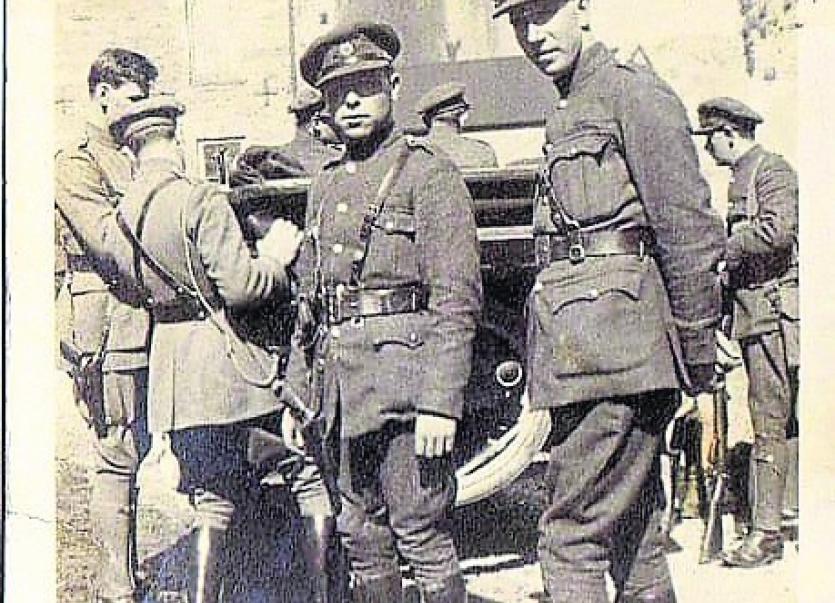 In this era of centenary commemorations, the people of Roscrea and beyond are well served by a local historian and author whose popular facebook page recalls yesteryear in the town.

Joe Coughlan’s ‘Roscrea Through the Ages’ site is a treasure trove of old photos and memorabilia to delight the heart of any local history aficionado.

One of his recent posts recalls the Civil War and its impact on Roscrea. “This is a picture sent to me by Nuala Moloney some time ago of a group of free state soldiers taken in the castle yard in 1922,” says Joe about a photograph dating from a century ago (see picture right). “I've just received the information below from the history section of Glasnevin cemetery. Captain Furlong is the soldier with his hands behind his back.”

Andrew Furlong was a veteran of the 1916 Rising having returned home from London to take part with the GPO garrison, stationed at the Metropole Hotel. He later served with the IRA during the War of Independence and was interned in Ballykinlar.

He was fatally wounded at Roscrea while serving as a Captain with the Army Corps of Engineers on 13 October 1922 and died of his wounds two days later in the Jervis Street Hospital.
An inquest in Dublin returned a verdict that Furlong had died due to “haemorrhage following bullet wound through the lung”, as no information had been submitted regarding the exact circumstances in which he had been wounded.

In a letter, within a pension application, his family expressed their belief that their brother “...was shot through culpable negligence in Roscrea Barracks by the Commandant’s brother.” Amongst the attendees at his funeral in Glasnevin was JJ ‘Ginger’ O’Connell who once had Furlong as a member of his staff. Roscrea Through the Ages acknowledges the character of Roscrea town and its natives down through the years.