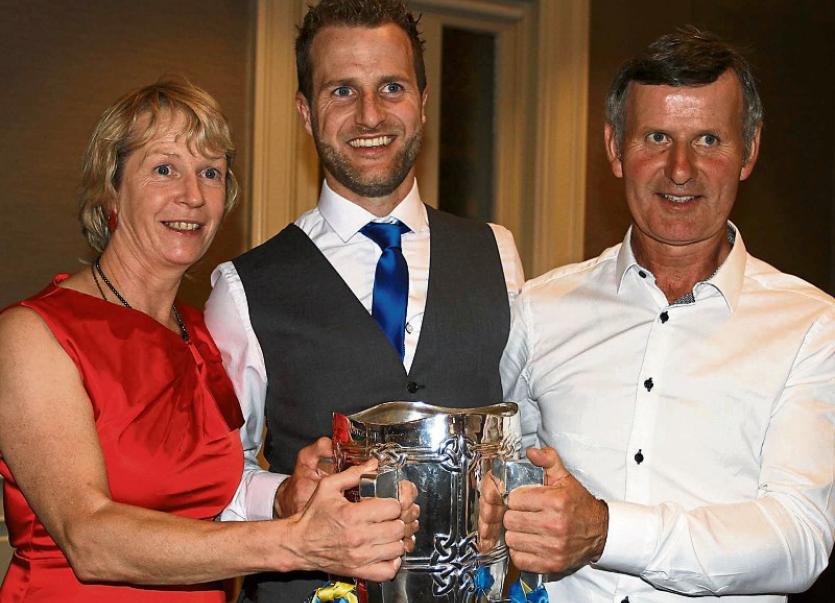 As they swung in through the gates of the Double Tree Hilton Hotel, the anticipation in the crowd intensified.

Moments later the bus carrying the Tipperary senior hurling team drove in behind the Garda escort and the crowd erupted.

The minors had arrived about an hour earlier to a wonderful reception but the fans wanted to see the heroes who had dethroned the champions.

Six years after Eoin Kelly and Liam Sheedy had taken a similar route, team captain Brendan Maher and manager Michael Ryan got off the bus holding the Liam McCarthy Cup aloft and made their way into the foyer of the hotel through a throng of absolutely jubilant Tipperary fans.

As each player followed them through, they were cheered to the rafters for what they had achieved for Tipperary hurling. This was a feel-good factor that matched if not surpassed that in 2010.

And after they had changed into their smart suits, both the senior and minor squads were applaued into the special banquet hosted by the Tipperary Association Dublin, where over eight hundred fans gave them a prolonged standing ovation.

And the applause hardly subsided for the night. The sounds of 'Tipp Tipp Tipp' could be heard half way home as first RTE's Marty Morrissey interviewed Noel and John McGrath for the Nine O'Clock News, then Michael Lyster spoke to both Brendan Maher and Michael Ryan in the special 'Sunday Game' studio set up in the function room; and the biggest cheer of all when ace marksman Seamus Callanan won the Man of the Match award live on television.

Callanan was a hugely popular choice but as he said himself, it was all about a team effort, and no one would have blinked an eyelid if either of the other two nominees, the super Ronan Maher and sublime John McGrath, got the nod.

There were cheers again when Tipperary had seven on the Team of the Year chosen by the 'Sunday Game' pundits and of course when Callanan was again honoured with their Hurler of the Year.

As GAA president Aogan O Fearghail asked, was there anything Tipp hadn't won on the day with both hurling titles and the Silver Jubilee Team of the Year presentation.

"It is a very special day for all Tipperary", he remarked.

Once all the TV cameras were removed and the happy diners were fed, the principals on the day addressed the attendance and all remarked on what a wonderful day it had been for the county.

It was the players on the two teams who had done the business on the field but behind the success there was so much effort - from the entire panels, the backroom teams, the County Board, the Supporters Club and of course the supporters.

County Board chairman Michael Bourke - the first chairman to overseen such a double since 1949 - summer up what it meant.

The seeds of success had been sown months ago, even further back, by both Michael Ryan and Liam Cahill, and with brilliant players on both panels, and backroom teams that left no stone unturned in pursuit of success, they had plotted, steered and guided the teams to All Ireland glory.

He quoted former rugby international Denis Leamy who was a key member of Michael Ryan's backroom team as a voice of experience for the players to listen to.

"Denis said he got the same buzz out of Tipperary winning today as he had in his days with Munster and Ireland. So whatever Ireland can do, Tipperary can do it too", he stated.

Tipperary Association Dublin president Liam Myles thanked supporters for turning out in such huge numbers to honour the team.

The association had a proud history in hosting teams after All Ireland finals and it was especially pleasijng to be able to do so after such a glorious double in Croke Park.