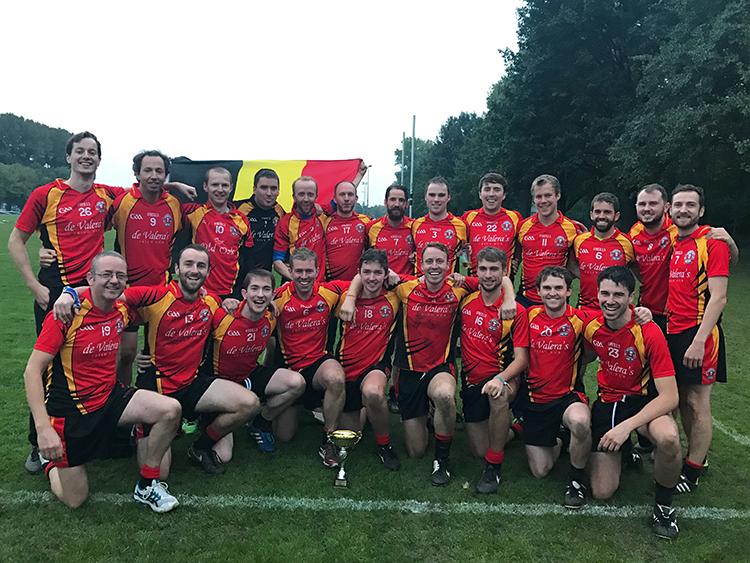 GAA teams from 15 different European cities recently travelled to Dresden in Germany to participate in the largest-ever hurling and Camogie tournament to take place on the continent - Dresden Hurling Club hosted the European GAA Championship.

Belgium beat Luxembourg by 1-17 to 3-9 in a thrilling hurling final to complete a four in-a-row while Belgium’s Camogie team also made it four in-a-row when seeing off Switzerland 1-8 to 0-1 in their respective final. The growing prestige of the tournament was illustrated by the fact that GAA President Aogán Ó Fearghaíl, Camogie Association President Catherine Neary, Camogie Association CEO Joan O'Flynn and Irish Ambassador to Germany Michael Collins were all present at the finals.

Belgium GAA (established in 2003) is now the biggest in Europe with over one hundred members playing hurling, Camogie, football and ladies football on a competitive basis. Belgium GAA features players from all over Ireland along with members who originate in countries like France, Serbia, Estonia, Spain, Colombia and, of course, Belgium.

In 2016 Belgium GAA were crowned European hurling champions for the fourth year in-a-row (2013-16) and collected their sixth title in eight years while the club's Camogie team also completed a four in-a-row (six in eight years). The club's ladies football team were chasing a nine in-a-row this year (2008-15), but narrowly missed out on such an extraordinary success.

Newcastle’s Johnny Kelly featured on the Belgium hurling team this year while once you trace back the lineage back you will find that Tipperary's association with Belgium echoes in history. Belgium may not be considered a hurling stronghold in the same breath as Cork or Tipperary, but over one hundred years ago those two heavyweights of the ancient game arrived in the small European country to play a trilogy of matches. 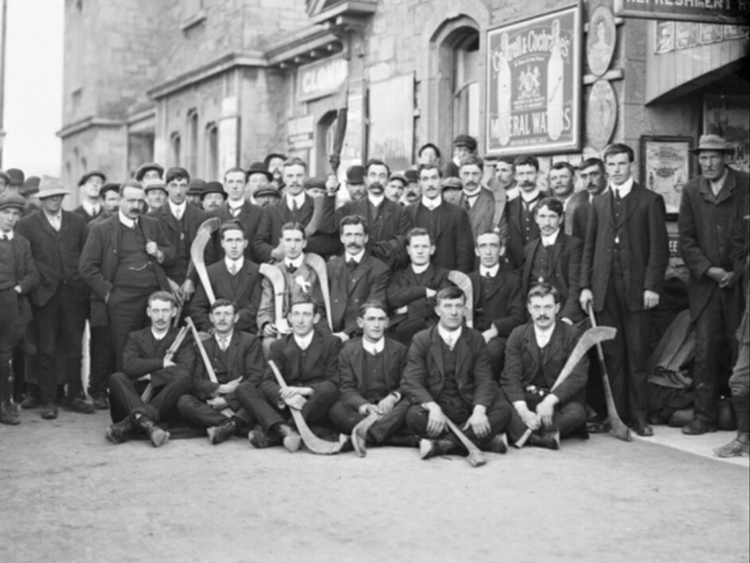 The Tipperary team which featured in a series of exhibitions in Belgium in 1910.

On August 26th 1910 the Cork and Tipperary hurling teams set off for Belgium to showcase Ireland's national game. The idea for this came from the chairman of the Cork County Board JJ Walsh.

To finance this grand idea an exhibition match between Dungourney and Thurles was organised with the proceeds of ticket sales going towards the trip to Belgium, but shocking weather resulted in the match being abandoned. The Munster Council had to stump up £100 while other shillings and pence were squeezed from local GAA-friendly businesses and the clergy.

BOYS FROM THE PREMIER COUNTY

The boys from the Premier County met up with the Rebels from Cork at Waterford and from there they set sail for Fishguard. When they arrived there they took the train to London and from the English capital they travelled by rail to Dover. From the white cliffs they sailed on board the Princess Clementine which took them to Ostend and from there the hurlers took the train to Brussels where the first of three exhibition matches took place the very next day.

The travelling contingent were tired, but went ahead with their first game at Malines, a town just north of Brussels. The two teams turned out in the town square complete with hurleys and playing gear before marching to the sports ground behind the O' Neill Pipe Band who were in Brussels as part of the Pan-Celtic Congress.

The soccer pitch at the Racing Club De Malines saw ground hurling dictate the game between Cork and Tipperary. The two sets of players were tired after their long journey so the match itself was not a high-scoring affair; Tipp won scoring five goals to Cork's three and the next stop for the exhibition hurlers was Fontenoy.

On Tuesday, August 30th 1910 the hurling contingent arrived at the site of the famous battle in 1745 which saw an Irish Brigade fight for France against the British. Local school children turned out to sing the Irish anthem 'God Save Ireland' as the players took to the field.

Unlike the first match in Malines, this one showed the best that the Tipp-Cork rivalry had to offer. Up to a dozen hurleys were broken, and some bones too! Cork's Billy O'Neill encountered the wrong end of a Tipperary hurley and while he was being bandaged up he quipped to onlookers "I'm not the first Irishman to shed his blood on this plain!" Cork won the day on a scoreline of 2-4 to 2-3.

The third and final game took place in Brussels and Tipp won it, but not before some controversy was kicked up. The match was due to start at 3pm, but hurlers from both sides refused to play while a Union Jack was flying over the sports ground. After three hours of arguments the flag was temporarily lowered and the match took place.

By Friday evening the hurling teams from Cork and Tipperary were back on Irish soil. The Tipp team were met at Thurles Railway Station by cheering crowds and the Confraternity Band. For the hurlers the trip to Belgium was both an exhausting and exhilarating experience, but for the GAA it resulted in a financial headache.

The trip saw debt quickly heap up and it took a long time to sort out. The Belgium trip also failed to promote the game in Europe as many in the GAA thought it would yet 106 years later such an audacious thought is now being played out in many cities across the continent. Those who travelled from Cork and Tipperary to Belgium back in 1910 would never have envisioned a European Hurling Championship with Belgium being crowned its top team!