Gortnahoe-Glengoole claim Tipperary u-21 'B' hurling crown in style 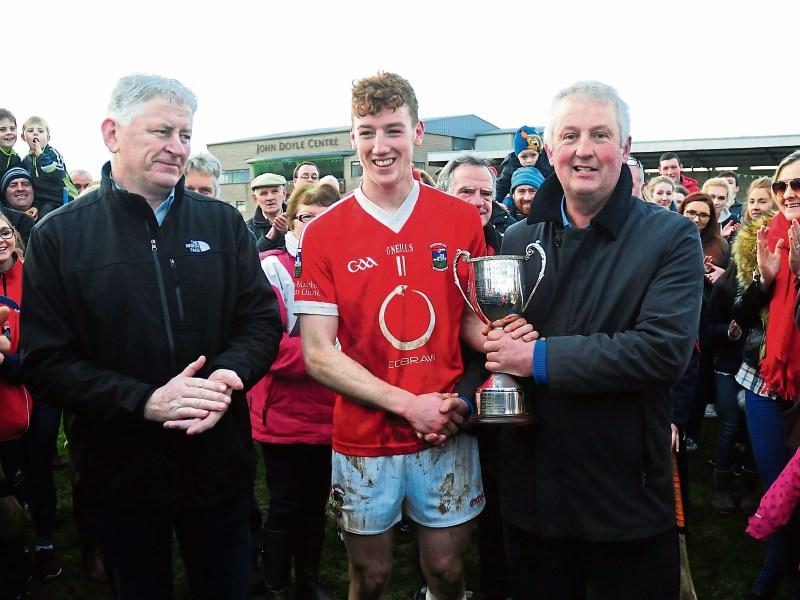 Gortnahoe-Gengoole produced a stunning performance in Holycross on Sunday to claim the Tipperary Water county under 21 B hurling title, beating Templederry/Ballinahinch 0-18 to 0-15 in the final replay.

It was difficult to predict a winner before the game after last week’s epic battle ended level and this game was in the balance right until the end too.

Gortnahoe started the game much brighter and scored the first two points of the game through their captain Ronan Teehan, perhaps learning from last week when a slow start meant they were chasing the game throughout.

Two points from David Gleeson and a point apiece from Dylan Carey and Odhran Murphy put Templederry/Ballinahinch two clear but Ronan Teehan replied with two frees to draw his side level and Templederry never regained the lead. 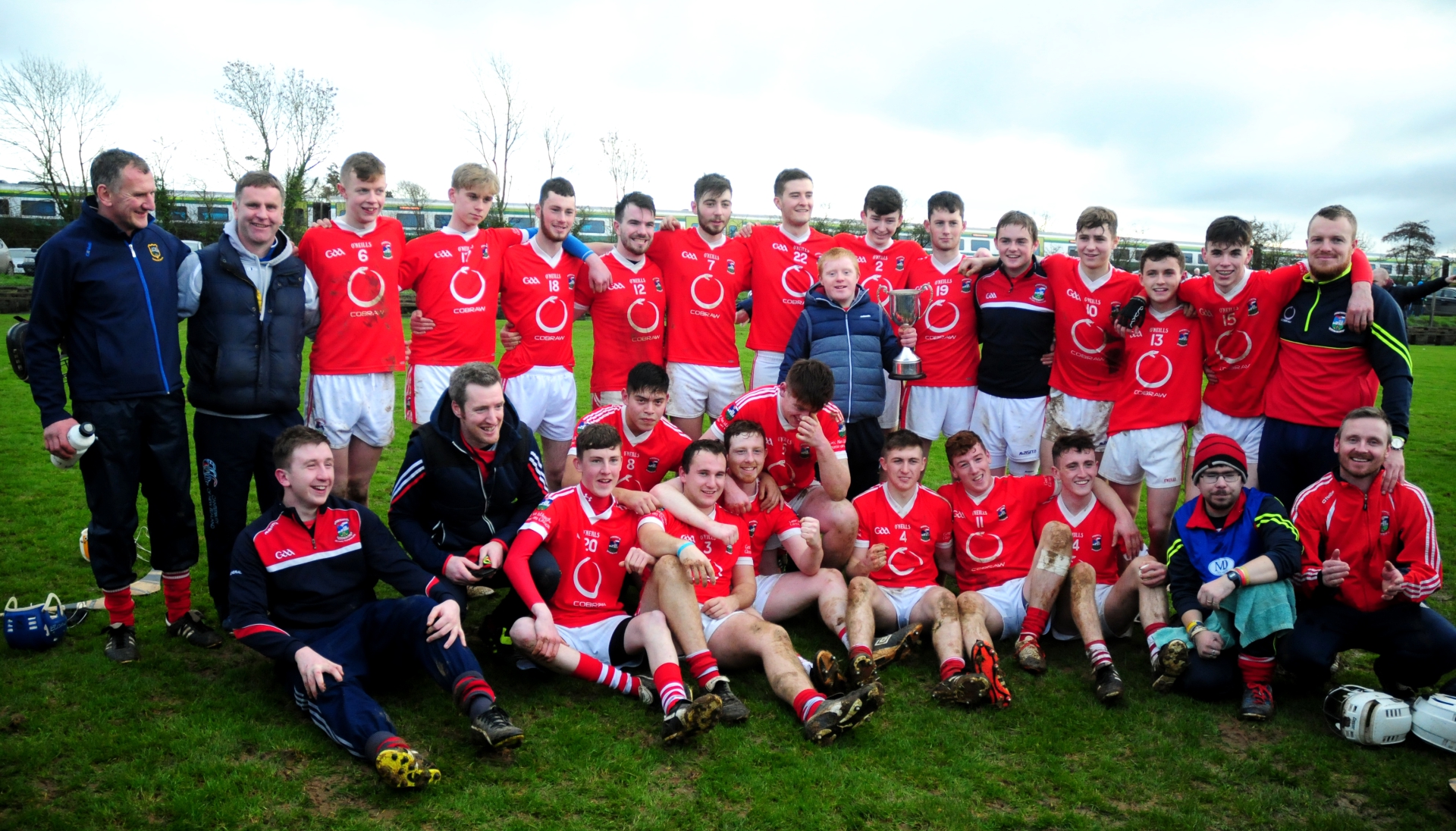 The Gortnahoe-Glengoole team celebrate with the cup after the win.

However, they did have the game's best goal opportunity when Kevin Mulcahy's effort came back off the post and although Gortnahoe goalkeeper Mark Mullaly appeared to have the situation under control he was adjudged to have fouled a Templederry forward and referee Keith Delahunty had no hesitation in awarding a penalty.

Gortnahoe forward Keane Hayes, who is the grandson of former Ballingarry goalkeeper Willie Hayes, took up the temporary position as goalie to face Dylan Carey’s penalty and he produced a stunning save.

Carey struck his shot well and low to the corner but Hayes dived full length to his right-hand side to make a wonderful save.

Fionn Cleary, Karl Collins, and Keane Hayes stretched the Gortnahoe lead and although Dylan Carey pointed from two placed balls, Gortnahoe held a one-point advantage at the half-way stage, leading by 0-7 to 0-6. 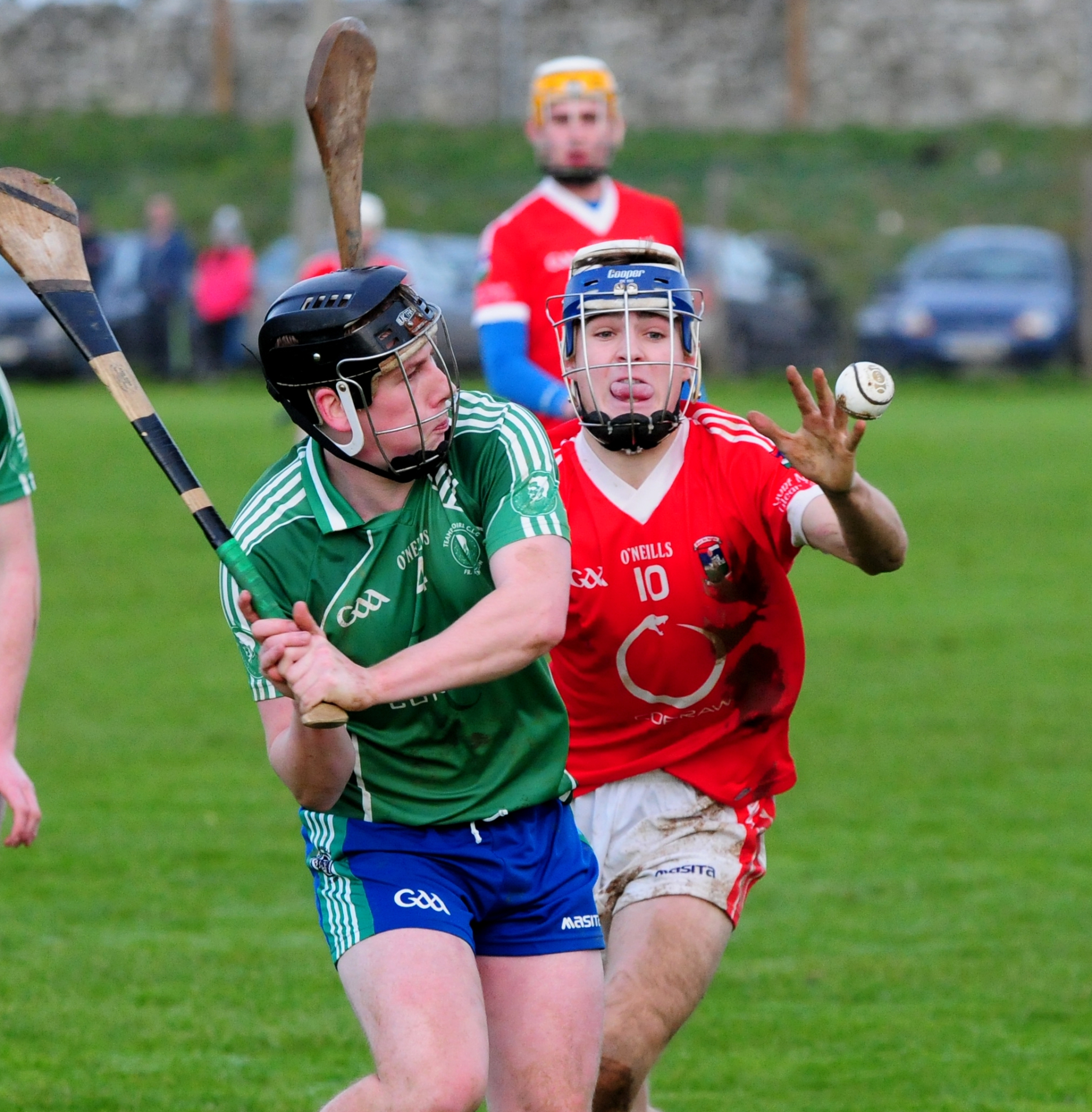 Action from the final.

The intensity and willingness to put body on the line time and time again continued into the second half with neither side giving an inch and goalscoring opportunities were hard to come by.

Odhran Murphy eventually drew his side level with a beautiful point but Fionn Clery replied instantly as Gortnahoe dug in.

Templederry almost created a goalscoring chance when David Gleeson released Ciaran Carey but the forward lost his footing at the vital moment and the chance was gone.

Keane Hayes, Timmy Dunne, and Ronan Teehan (3) added points for Gortnahoe and although Dylan Carey (2) and Darragh McGrath replied for Templederry it wasn’t enough to rescue the game and Gortnahoe-Glengoole held their nerve to emerge victorious to the delight of their jubilant supporters.