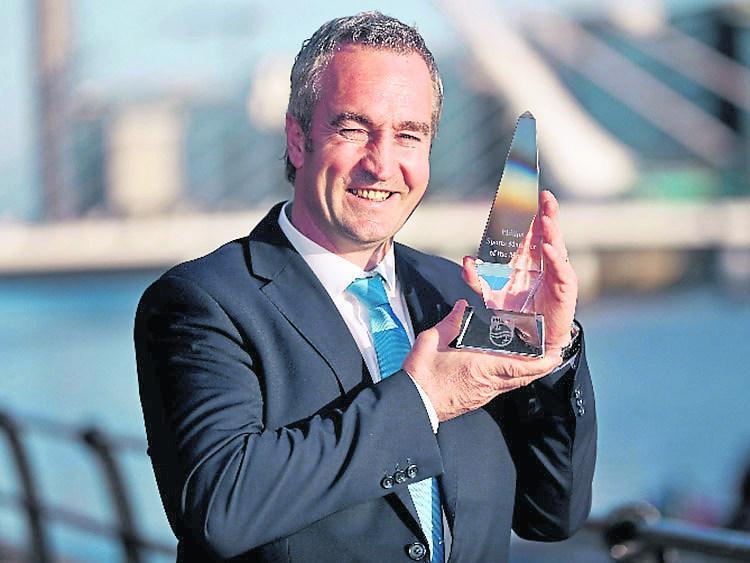 The Tipperary senior hurling manager carries a dual mandate under his arm into the 2017 Allianz National League campaign - Michael Ryan hopes to develop his playing resources, but the Upperchurch-Drombane man also wants results.

The priority for Tipperary during the league campaign must be to develop the playing resources of the panel in preparation for a Munster Senior Hurling Championship quarter-final against Cork at Semple Stadium, Thurles on May 21st. But aside from that medium term goal Tipperary are also determined to make a very real impression on the Allianz National Hurling League. Indeed, Michael Ryan was clear about that fact in conversation with the Tipperary Star this week.

“We need results. In terms of team planning, first and foremost, we will be looking for results because that is the nature of these groups. We have played previous leagues that I have been involved in and it has been on a knife edge. We always set out our stall that we want to get to the quarter-final, but we are never assured of that position,” Michael Ryan explained as he considered what might be required to progress to the competition’s knock-out stage which is scheduled to begin on the week-ending April 1st-2nd.

The opening two rounds of Tipperary’s campaign features tricky trips to Dublin and then Waterford (Sunday, February 19th) - get off to a bad start and matters get awfully complicated.

“It is that tight and it is that close - just look at Galway being relegated last year. In last year’s league we lost three of the games by small scores and we were disappointed because we were playing quite well. We want to take every game on its merits and try to win it. It’s as simple as that. It’s a great competition to be in. It’s the one national competition that we can compete for that doesn’t overlap with any other competition. And, it is there to be won. It is very well worthwhile,” Michael Ryan added.

Tipperary will launch their campaign on Saturday, February 11th against Dublin in Croke Park (5pm). Since 2007 Tipperary have won five of the nine encounters between the sides, but never beaten the Ger Cunningham-managed side in Dublin during that time period - Tipp have drawn once and lost on three occasions in the capital.

During the 2016 campaign Tipperary won easily (1-23 to 0-12) at Semple Stadium, Thurles, but you can expect a sterner test and a noisy crowd on Saturday next in a contest which precedes the Allianz National Football League clash between Dublin and Tyrone (7pm).

Does anyone need reminding that the last time Tipperary played the Dubs in Dublin the Premier County were presented with a 12-point defeat?

“If you looked at us down in Thurles last year in terms of this fixture the game probably never took fire the way that these games can,” Michael Ryan explained.

“But we had been up there for the previous two years and came home with our tails between our legs. So, I am expecting this Dublin team to come out of the blocks - they are very pacey and they just love to play us up in Dublin.

“It’s a fabulous opportunity for us to go back into Croke Park and play there again. It’s the first round of the 2017 campaign and it is going to give the boys a great opportunity to show what they can do. I can feel the excitement myself - playing in Croke Park is brilliant and I can only imagine what it’s like for the lads. It’s exactly where you want to play,” Michael Ryan added.

The playing squad is carrying a few minor knocks into this weekend while Mullinahone’s Seán Curran shipped an ankle injury during a training match hosted by the University of Limerick on Saturday afternoon last.

Considering the circumstances associated with the team holiday to Florida Tipperary launched their strength and conditioning programme a touch later than usual, but Michael Ryan won’t be inclined to use that as an excuse for anything.

“Our preparation has not been as good as what we would have liked. I say that because we did not get to start on January one. We were on holidays until the eighth or ninth of January so we only got back to training on the 12th. So, instead of having a six-week lead in (to the league) we have had a four and a half week lead in,” Michael Ryan explained.

“But, look, we come in as All-Ireland champions. We had a very good and long 2016. We played it out to the nth degree. There will be a strong belief system in our guys, everyone has got their toe to the line at this point in time and it really is there for anybody. Right now we are no better or no worse than anybody else - it has got to be all fought for again. That’s the great point to the league. It is going to throw up some opportunities for fellas to come in there and take jerseys. That’s what we really want - we really want to strengthen up the panel as best we can and give guys the opportunity to come through.”

Right now Tipperary are training a 41-man panel. And, if any of those guys are wondering what boxes they have to tick in order to audition for a place on the championship team Michael Ryan is very clear in terms of what he is looking out for and what he expects from his players.

“Not perfection - you won’t get perfection in February, March and April. You just won’t,” Michael Ryan told the Tipperary Star.

“We accept that, but what we do expect is a really, really good attitude and a real sense of competition within the squad. When fellas get an opportunity to take a jersey they really need to try to take that opportunity. We fully expect them to have the courage to try things and we fully expect that some of that could go wrong. The application and their commitment to it - those are the big measures of what we are looking for in these league games.”

Michael Ryan indicated that the training panel will be cut at the end of the league in preparation for the championship clash with Cork on May 21st while he also revealed to the Tipperary Star how rewarding the squad’s recent trip to Belfast in honour of Fr Alec Reid proved to be: “number one I found it informative, interesting and eye-opening. Fr Alec Reid played a huge role up there, a huge role. Anecdotally, of course, I would have heard of Fr Alec Reid, but I really didn’t know to what extent he had worked with the people of Belfast. It was interesting, it was very interesting. This guy really made an impression up there. He was just a great humanitarian regardless of your religious beliefs or anything like that”.

Michael Ryan’s beloved Upperchurch-Drombane will compete in the final of the Munster Junior B Hurling Championship on Sunday, February 12th against Whitechurch (Cork) at Killeedy GAA Club, Limerick (throw-in 1pm) and the Tipperary Star can reveal that the Tipperary senior hurling manager will not be making a surprise comeback to the black and amber jersey.

“Absolutely not, but wouldn’t I love to,” Michael Ryan said laughing.

“Just because we get old doesn’t mean that we don’t want to play - it’s quite the opposite. The reality is different, unfortunately.”

The Tipperary training panel is as follows:-