Ryan: ‘This won't be the end of the chapter between Tipp and Waterford’ 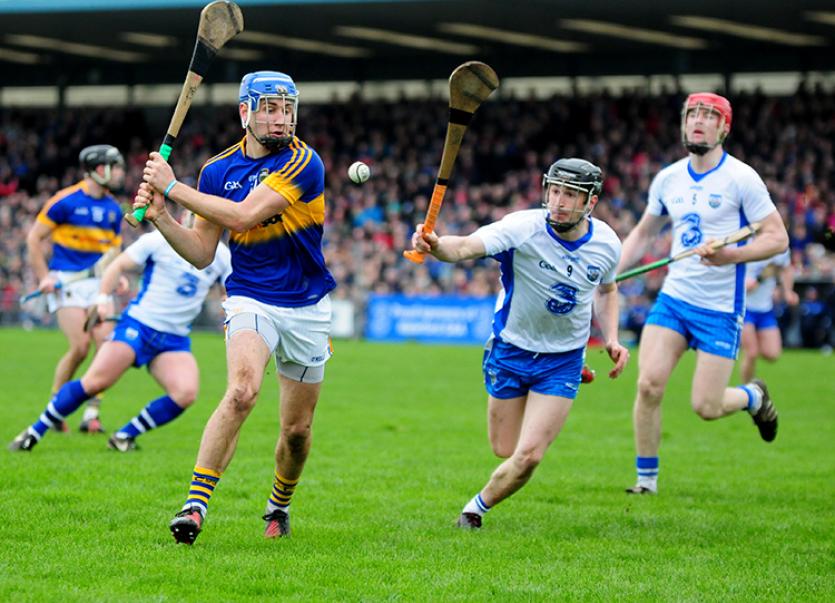 Michael Ryan has made it clear that he holds this Waterford team in high esteem - the Déise are a team of real pedigree and despite Tipperary’s six-point win (1-18 to 0-15) over Derek McGrath’s men at Walsh Park on Sunday in a keenly-contested Allianz National Hurling League clash the Premier County’s senior hurling manager expects to meet them again.

“It was good to win - that's what we came down to do; no more or no less to be honest with you. We knew it was going to be a titanic-type battle to get a result down here,” Michael Ryan told the assembled press corps.

“Waterford are a top team - we know that. This won't be the end of the chapter between Tipp and Waterford for the year. It's just a point in time in February. So, I would not be getting too excited. We take away the points - they are valuable to us, but the year is but a pup," Michael Ryan said with a smile.

During the build-up to Sunday’s clash Waterford manager Derek McGrath was eager to describe Tipperary as the best team in the country.

“I would say if you watched his body language (when he said that) you might have seen a smirk,” Michael Ryan said when McGrath’s comment was mentioned to the Upperchurch-Drombane man.

“There is nothing between the top teams. We are just happy to be in the mix there with everybody else. This is a really difficult place to come down to and win (in). That Waterford team are a formidable team. We are well used to each other at this point in time. There is not much in it when we meet. Today it is on our side, but God only knows what is coming down the tracks."

Indeed, the Déise had beaten Tipperary by a point in previous two league meetings (1-18 to 1-17 in 2016 and 1-19 to 2-15 in 2015) and with Derek McGrath’s side smarting from a walloping suffered at the hands of Michael Ryan’s men in the 2016 Munster final the All-Ireland champions had their work neatly carved out for them on Sunday. In the end Tipperary did win by six points, but the margin of victory, Michael Ryan argued, was not reflective of the actual contest.

"It certainly wasn't comfortable - the goal gave us a little bit of daylight. We thought that a point or two either way might be how this game might pan out,” Michael Ryan explained.

“It might have a looked a little bit easier by the scoreboard, but it certainly was not for the players out there. It was wave after wave after wave of Waterford attack and our goalkeeper (Darragh Mooney) pulled off a great save. So, these are all very small margins and it could have gone any way. And, that's exactly as we would expect. I just thought that our guys worked really, really hard. We had some really good players to call on to come in to help to dig out this win and that's exactly what we wanted from them today."

Tipperary will return to action in division 1A of the Allianz National Hurling League on Sunday, March 5th when Michael Ryan’s men host Clare at Semple Stadium, Thurles (throw-in 3pm) - that contest will form the second part of a double header. Indeed, the footballers will take on Longford in an Allianz National Football League division three clash at 1pm on Sunday week.

Although Clare lost out to Cork in the opening round of the league the Banner beat Kilkenny with thirteen points to spare (2-19 to 0-12) at Cusack Park, Ennis on Sunday - a result which did not surprise Michael Ryan, not in the least.

“Clare are capable of running up a good score like that. I think that this league is enthralling to be honest with you. You guys will have great fun writing about it because it will be unpredictable right until the end and always has been over the last number of years. It's a knife edge for us - it can go with you or against you. But it's a league which just gives and gives and gives as far as I can see.

"We are only two games in yet. It's great to be where we are at. And, we are delighted with that, but there is still a lot to play for. There are three more rounds and everybody is going to take points off everybody else. There is no doubt at all about that." 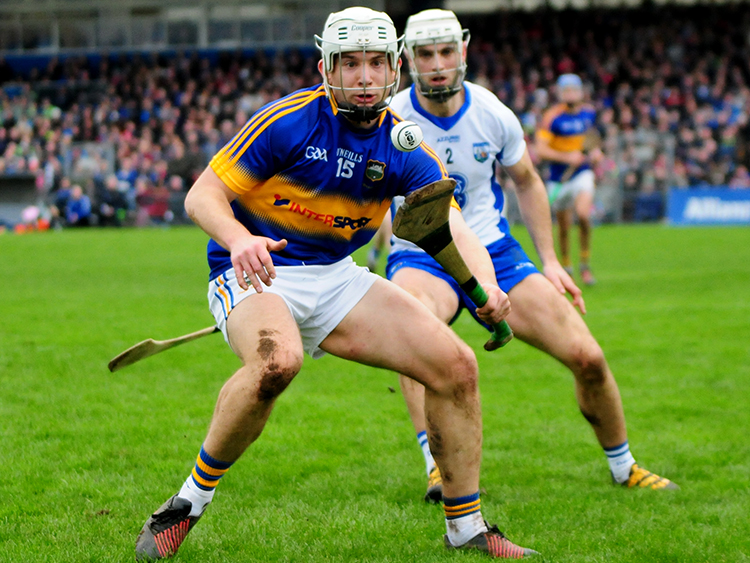 Michael Ryan is hoping to progress to the quarter-finals of the league while also using the campaign to give fringe members of the playing panel an opportunity to impress.

"We are trying to tread that water - to be competitive enough to take points and to get a chance to look at a few players. Substantially we got that (done) today," Michael Ryan explained.

"I would be quite happy with their progress to date to be honest. They are trying to get to a really, really high level here - particularly Steven (O'Brien) who has come from football. Joe (O'Dwyer) has never been away from high end hurling when playing at home with his club in Killenaule. It's a longer and harder journey for Steven - he is making great progress. But, look, it is still a work in progress."

And, Michael Ryan is hoping that some of these auditioning players will make the breakthrough and force their way onto the starting fifteen in time to face Cork in the championship come may.

"I really hope so because it will augur very well for the group,” Michael Ryan added.

“I thought there were good performances all around. I thought Donagh Maher was really good. Joe O'Dwyer played very well. I think Séamus Kennedy got man of the match and he had not played last week. It's great for us to be able to call on those guys. They need that game time and it's very, very important.”

Although Aidan McCormack had made a terrific competitive debut against Dublin last week the Thurles Sarsfields man struggled to make an impression on Waterford corner-back Noel Connors before being substituted prior to the break at Walsh Park.

"It had not been happening for him at that point - he wasn't injured,” Michael Ryan explained.

“It was always a risk for him to be coming down here into a tight pitch and to play on one of the top corner-backs in the game. I thought it was a difficult thirty-five minutes for him."

Meanwhile Michael Ryan revealed that a hamstring tweak had forced the substitution of Jason Forde - the ‘Mines man had notched 0-2 from play and was most obviously frustrated when withdrawn in the 51st minute.

"Yeah, he tweaked his hamstring and that is disappointing for him,” Michael Ryan said.

“None of those boys have time to be injured and that's exactly how they will feel about it because they are immediately stepped down for whatever, probably a minimum of two weeks."

"It was point-for-point in the first half, but I thought we were chasing it even in the first half. I thought we were doing well to be only a point down at half-time. I thought they were just a little bit more clinical. I won't say there was a skill deficit, but they (Tipperary) were very sharp. I thought Tipp were very impressive. Maybe I am being a bit harsh, but I just felt that their scores were coming just a little bit easier. And, that's an honest opinion. I don't think we will be the only team beaten by six points by Tipperary this year," Derek McGrath said following his side’s six-point defeat before revealing that his side struggled to deal with the structure of the Tipperary team, especially wing-forwards Dan McCormack and Steven O'Brien who dropped deep and presented his side with a real tactical headache.

"I thought their shape was hugely impressive,” Derek McGrath added.

“It is hard to know whether to go with them as half-backs and therefore open up space in your own half or to hold our shape. I just thought we got caught a little bit in that."