Declan Browne: ‘Who are we to think that we are better than Limerick?’ 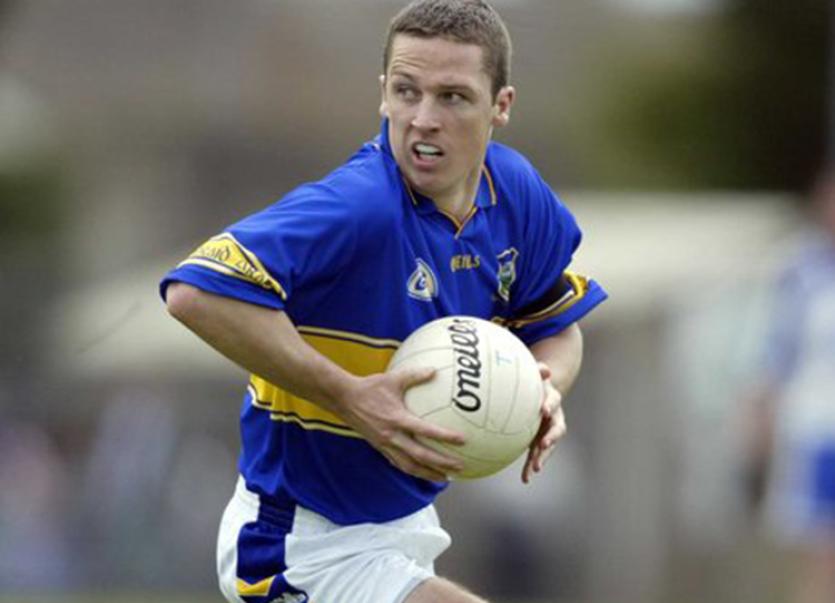 On Wednesday, March 8th Tipperary will launch their 2017 EirGrid Munster Under-21 Football Championship campaign against Limerick at Páirc na nGael, Limerick (throw-in 7.30pm) with the prize for the victor a place against Cork in the provincial semi-finals. And, before Tipperary fans have a chance to get carried away with themselves and discount the Limerick challenge under-21 football manager Declan Browne has sounded a word of warning.

“Limerick are making great strides and the Limerick minors turned over our minors last year. There is not going to be a kick of the ball between Limerick and Tipp and never has been,” Declan Browne told the Tipperary Star.

“We can’t look too far ahead because we will get caught. Who are we to think that we are better than Limerick? That’s the way I would look at it,” Declan Browne said.

“You have to go out and earn it. You have to be honest about it on the night and give it your all. The result will take care of itself after that. Obviously we are hoping to win and we would like to win, but there are no guarantees. We could be preparing to face Cork, Kerry or Clare the following week and we would be preparing the exact same way - just for a different coloured jersey,” Browne added.

And, everyone associated with the management group has one thing on their mind: to help drive Tipperary football forward.

“There are five or six of us there (on the management team). We want to be part of it and we want to help it along as best we can. It’s great to win and that’s the nature of the game, but if we can hand two or three experienced lads on to Liam Kearns (senior football manager) next year it’s a job well done too. We need to keep the whole development process going.”

Declan Browne is guiding a squad of real pedigree this season. Indeed, Tipperary have been especially competitive at the under-21 grade for the past five seasons.

“Oh, they are a great bunch,” Declan Browne said as he revealed what a joy it is to work with a group of ambitious and experienced players.

“This group is used to contesting finals. So, they know what it takes. From that side of things they are well tuned in which makes the job a good bit easier. You’re not cajoling them to say it’s okay to play football for Tipp - they know fully what they are after buying into and, in fairness to them, they carry it more so than us. We direct them as best that we can and we coach them as best we can, but they are a really good bunch. They take everything on board; they are willing to listen and to learn which is all I really ask for,” Declan Browne said.

The Moyle Rovers man, a self-declared “old school” coach, will, of course, want to stamp his own ideas and beliefs in terms of a footballing style on the group.

“Everyone tries to put their own stamp on things, but we, as a management group, are old school,” Declan Browne revealed.

“It’s not rocket science; the game isn’t complicated, but it can be made complicated if you want to complicate it. And, I think that’s where teams fall down. It’s a simple thing - you keep the basics right, after that you work on individual ability and the team.

“The team that makes the least mistakes wins most matches and it is as simple as that. It’s knock-out football, on the night anything can happen and it has happened down through the years. If you don’t get it right on the night you are gone - you don’t have that luxury of the second chance. That’s the beauty of knock-out - you train for whatever length of time for one game and you’re either good enough on the night or you are not,” Declan Browne added before suggesting that he admires teams who actually kick the ball.

“It is called football and, obviously, you cut your cloth to measure. So, we will sit down together during the week and see exactly what way we intend to go. We have a fair idea of what we want the lads to do. We won’t be publicizing it.

“We are old school, but the game has gone so professional and there is so much thought put into it in terms of tactics and video analysis that you have to find the time to do that too. So, in that respect we are learning ourselves when it comes to that.

As minors this group of players beat Waterford (2-11 to 2-7) before losing out to an immensely talented Kerry team in a provincial semi-final (0-7 to 2-18) - that Kerry side progressed to win the All-Ireland minor championships during a stunning campaign which saw the Kingdom won their contests by an average of nine points.

“There is a huge difference between minor and under-21. Everyone knows that Kerry are good, but we can’t take Limerick for granted. Tipp football is in a good place and you are just hoping that things work out for you on the night,” Declan Browne said.