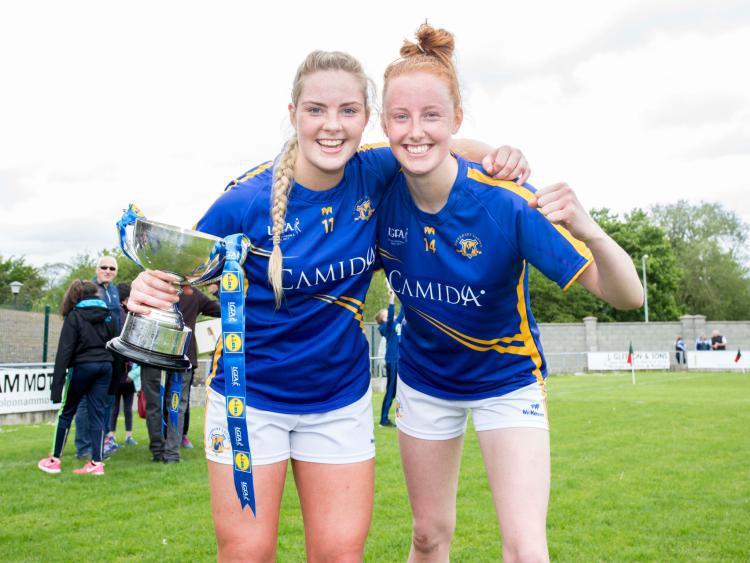 Shane Ronayne's fabulous Tipperary ladies football team are through to the TG4 All-Ireland Intermediate Ladies Football Championship final following a three-point victory over Meath at Semple Stadium, Thurles on Saturday evening - the Premier County, who are undefeated this season, will face Sligo or Tyrone in the decider on Sunday, September 24th.

Tipperary played some sensational football on Saturday at Semple Stadium and streaked into a thirteen-point lead (3-18 to 1-11) as early as the 45th minute thanks to goals from Orla O’Dwyer, Gillian O’Brien and Aishling Moloney.

To their credit Meath fought back and won the final quarter of this contest 1-8 to 0-1 to close the gap to three. Tipperary were forced to endure a reasonably nervous finish to this semi-final contest as Meath chased a late equalising goal, but the home side looked the more accomplished outfit throughout. Indeed, Maria Curley, Samantha Lambert, Mairéad Morrissey, Orla O’Dwyer, Gillian O’Brien and Aishling Moloney were in sensational form.

"It was looking very comfortable with a quarter of an hour to go. I don't really know what happened. We struggled to get the ball out from our own kick-outs. We couldn't get the ball up the field because when we could get the ball up the field we were scoring. We are disappointed with that, but we are in an All-Ireland final. If we had been involved in a classic today and lost it we would be going home feeling very sorry for ourselves. Look, we are there and we have plenty to work on. We will enjoy tonight and then start to think about it again then on Monday morning. Hopefully we will be ready for it the next day,” Tipperary ladies football manager Shane Ronayne explained.

"We brought on subs there and people might think that we brought on subs too early, but our subs are every bit as good as the girls that are on the field. I think they deserve to be playing and I would not be blaming the substitutions. I think the players on the field need to have a look at what they were doing there in the last fifteen minutes. But, look, credit to Meath. We said at half-time that they would keep coming back and in fairness they did. Look, they could have snatched a draw at the end,” Ronayne added before describing his team’s attacking play as “outstanding”.

"I thought our forward play up front was outstanding - Gillian O'Brien was unbelievable. The link play was excellent. Mairéad (Morrissey) was asked to move the ball quickly today and I thought she did her job. People questioned Mairéad and said that she wasn't performing well in the championship, but I thought that Mairéad Morrissey was outstanding today. She has been very good for us all year in fairness to her. She is one of the senior players on the panel and people probably don't realise that - she has a lot of football played, but she was a cool head there. We brought her back as a sweeper there in the second half - Jennifer (Grant) had to come off; Jennifer has been very sick all week and could only eat during the last two days. We had to give her a bit of a break. We had a couple of knocks and we were trying to mind the players as well,” Shane Ronayne explained.

Tipperary ladies football manager Shane Ronayne is joined on the management team by strength and conditioning coach-selector Alan O’Connor (Cahir), selector Tony Smith (Moyle Rovers), selector Elaine Harte (Cork) and goalkeeping coach Tomás Mac a tSaoir (Kerry). And, the Tipperary management team will have their work cut out in the All-Ireland final against either Sligo or Tyrone.

"We are up against a different kettle of fish the next day against a team who have been operating at a level above us all season,” Shane Ronayne said.

“It is going to be a step up for us and we are under no illusions about that. But, look, we have four weeks to get ourselves ready. We will go and have a look at them next week and try to sort out our own problems. We have a lot of stuff to work on and the players know that. As I said we will enjoy tonight, we will let them off, they deserve that and, look, we will start thinking about it on Monday morning.”

Tipperary will contest the TG4 All-Ireland Intermediate Ladies Football Championship final on Sunday, September 24th at Croke Park, Dublin against either Sligo or Tyrone. Tipperary last participated in 2013 when the Premier County lost out to Cavan.

The Tipperary ladies football team remain unbeaten in competitive games this year - Tipp won the division three league title and followed up that national honour when registering a 34-point Munster championship win (8-16 to 1-3) over Limerick before beating Clare in the provincial final (4-9 to 0-14). Following the Munster campaign Tipperary took on an outstanding Wexford side and prevailed after extra-time (2-15 to 3-11).

Tipperary played some brilliant football in the opening half - Mairéad Morrissey pulled the strings from centre-forward and Gillian O’Brien rifled home 1-15 from play.

Aoibhin Cleary presented Meath with the lead in the second minute before the home side hit back with a Gillian O’Brien brace. Meath re-claimed the lead thanks to points from Aoibhin Cleary and Niamh O’Sullivan, but Tipperary then proceeded to take over when firing 2-2 to take a seven-point lead (2-4 to 0-3) as early as the ninth minute.

Points from Gillian O’Brien and Aishling Moloney presented the Premier County with the lead before Orla O’Dwyer thundered home a left-footed finish. Then, just thirty-six seconds later, Aishling Moloney sparked a move which also featured Róisín Howard and Mairéad Morrissey before Gillian O’Brien applied the finish off her right in the ninth minute.

Points from Emma Troy and Marion Farrelly book-ended an Aisling McCarthy free to leave six between them as this entertaining contest entered the second quarter; the outstanding Mairéad Morrissey then created a shooting opportunity for Gillian O’Brien before Orla O’Dwyer delivered a seventh Tipperary point in the 22nd minute (2-7 to 0-5).

Aoibhin Cleary and Gillian O’Brien then traded points before a Tipperary re-start went astray and Marion Farrelly plundered a Meath goal in the 25th minute off her left (2-8 to 1-6).

Tipperary closed out the half in impressive fashion when out-scoring their opponents by three points to one to retire at the break leading 2-11 to 1-7 - Mairéad Morrissey notched one while Aishling Moloney landed two absolute crackers from distance.

Meath opened the second half scoring through Marion Farrelly, but Tipperary proceeded to blast 1-3 without reply and led 3-14 to 1-8 as early as the 35th minute. Aisling McCarthy (free), Gillian O’Brien and Róisín Howard notched the points while Aisling McCarthy set up Aishling Moloney for a spectacular goal in the 35th minute - Moloney’s dummy en route to goal was something to savour for blue and gold supporters.

Meath managed three points between the 36th and 44th minutes thanks to Vikki Wall, Niamh O’Sullivan and Emma Troy, but those efforts were off-set by four more from Tipperary which arrived courtesy of Orla O’Dwyer (two), Aishling Moloney and Caoimhe Condon. Indeed, the home side led by thirteen points (3-18 to 1-11) entering the 45th minute.

Meath, however, refused to give in and were rewarded for their determination when firing four points without reply in three minutes (46th-48th) thanks to Stacey Grimes (two frees), Aoibhin Cleary and Niamh O’Sullivan (3-18 to 1-15).

Gillian O’Brien responded for Tipperary in the 52nd minute, but Meath were coming at the home side in waves now and points from Aoibhin Cleary and Vikki Wall reduced the deficit faced by the visitors to eight (3-19 to 1-17) with seven to play.

Tipperary goalkeeper Lauren Fitzpatrick had made telling saves from Vikki Wall and Niamh Gallogly during the second half, but could do little about Stacey Grimes’ penalty in the 54th minute - Grimes rifled her shot home and now Tipperary led by just five.

Meath then added two more Stacey Grimes points (one free) to leave three between them and Tipperary had Emma Buckley to thank for getting back to make a timely block on her line when Vikki Wall appeared to have the goal at her mercy in the 56th minute.