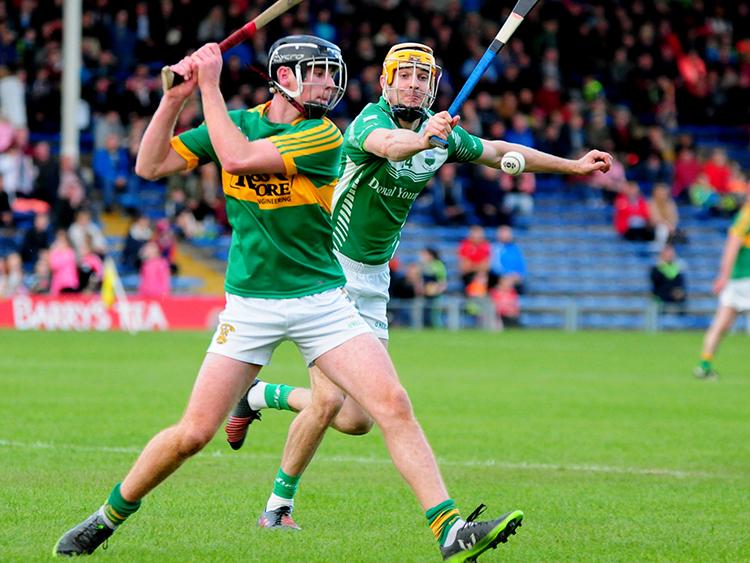 Following another action-packed weekend of hurling action in Tipperary defending champions Thurles Sarsfields, Éire Óg Annacarty, Drom & Inch and Borris-Ileigh have progressed to the last four in the Tipperary Water County Senior Hurling championship - please read on for a full run down on all the action at senior, intermediate and junior level.

The quarter-finals of the Tipperary Water County Senior Hurling Championship began dramatically at Semple Stadium, Thurles on Saturday afternoon when thirteen-man Éire Óg Annacarty beat Mullinahone 2-13 to 1-15. Two Annacarty players were dismissed in the opening half and Mullinahone led 0-9 to 0-6 at the break. A Kevin Fox goal dragged Éire Óg back into contention, but a Kevin Walzer strike in the 43rd minute helped the South men into a 1-11 to 1-7 lead. Annacarty, however, refused to give in and proceeded to out-score their opponents 0-8 to 1-2 to book their place in the semi-finals.

Next up came the meeting of defending champions Thurles Sarsfields and Kilruane MacDonagh’s - the Blues required extra-time before progressing to the last four (3-26 to 1-22). Kilruane recovered from the concession of an early Denis Maher goal to earn themselves a draw (1-20 apiece) having trailed 1-8 to 1-11 at half-time. Sarsfields settled the issue thanks to goals from Pa Bourke and Lar Corbett in extra-time.

On Sunday at Semple Stadium, Thurles Drom & Inch proved too strong for Clonoulty-Rossmore when beating the West champions 2-26 to 1-14 - Drom led 0-12 to 1-7 at the break. Meanwhile on Sunday evening at Semple Stadium the North champions Borris-Ileigh recovered a single-point interval deficit (0-10 to 0-11) to beat Loughmore-Castleiney 1-18 to 1-17 - Niall Kenny notched the key goal for Borris-Ileigh.

The semi-finals of the Tipperary Water County Senior Hurling Championship are scheduled to take place on Sunday, September 24th.

The process to determine who gets relegated from Roinn I of the Tipperary County Senior Hurling Championship is now close to a conclusion. In the opening round of games at Newport Kiladangan faced and beat Ballina 1-20 to 1-10 while on Saturday last at Dolla Burgess enjoyed a 2-20 to 2-10 victory over Ballina.

Two of the three sides involved in this series of games will be demoted and since Ballina have now lost both games Ballina will play in Roinn II in 2018. In round three Burgess meet Kiladangan and the loser of that contest will join Ballina in Roinn II next season.

Two significant contests took place over the weekend in the process to determine who gets relegated to the intermediate grade from the Séamus Ó Riain Cup - the format here is a round robin with two from four to make the drop.

On Saturday Borrisokane faced Knockavilla Kickhams at The Ragg and lost 2-7 to 3-16 - Borrisokane also lost the opening round to Moycarkey-Borris (2-14 to 4-16).

In the first round Ballingarry beat Knockavilla Kickhams 4-16 to 0-14, but on Sunday at Leahy Park, Cashel Moycarkey-Borris proved too strong for Ballingarry (1-22 to 0-11).

Remember: if three teams finish on equal points the final placings will be determined by scoring difference.

In the first of the Tipperary Water County Intermediate Hurling Championship quarter-finals on Saturday Cappawhite took on and beat Seán Treacy's at Golden (1-12 to 0-13) to reach the last four of the competition. On Sunday Gortnahoe-Glengoole saw off North champions Ballinahinch at Drombane 1-15 to 0-16.

On Wednesday last St Mary’s Clonmel dismissed the challenge of Moyle Rovers (4-13 to 0-9) in a preliminary quarter-final while on Sunday St Mary's Clonmel beat Kilsheelan-Kilcash in Monroe 1-15 to 0-14.

The quarter-final between Moyne-Templetuohy and Moneygall was scheduled to take place in Templemore on Sunday, but has been postponed until Wednesday, September 20th in Dr Morris Park, Thurles (7.30pm) due to a bereavement in the Moyne-Templetuohy club.

One team is scheduled to make the drop following Roscrea’s decision to voluntarily relegate themselves to junior A. Therefore Galtee Rovers-St Pecaun have now avoided the drop while in the last game of the series Lattin-Cullen Gaels face Boherlahan-Dualla with the loser facing demotion.

In the quarter-finals of the Tipperary Water County Junior A Hurling Championship on Saturday Moycarkey-Borris beat Skeheenarinky 0-13 to 0-10 while Ballybacon-Grange saw off the challenge of Mid champions Holycross-Ballycahill 3-11 to 0-17.

The North Tipperary Junior A Hurling Championship final took place on Sunday in Borrisokane - Toomevara won that divisional decider in some style (2-23 to 1-13) against Knockshegowna meaning that Knockshegowna will now face West champions Clonoulty-Rossmore in the last eight while Toomevara take on Rockwell Rovers.

Up North Roscrea won the minor A hurling championship on Saturday at MacDonagh Park, Cloughjordan when beating Toomevara 1-19 to 3-8.