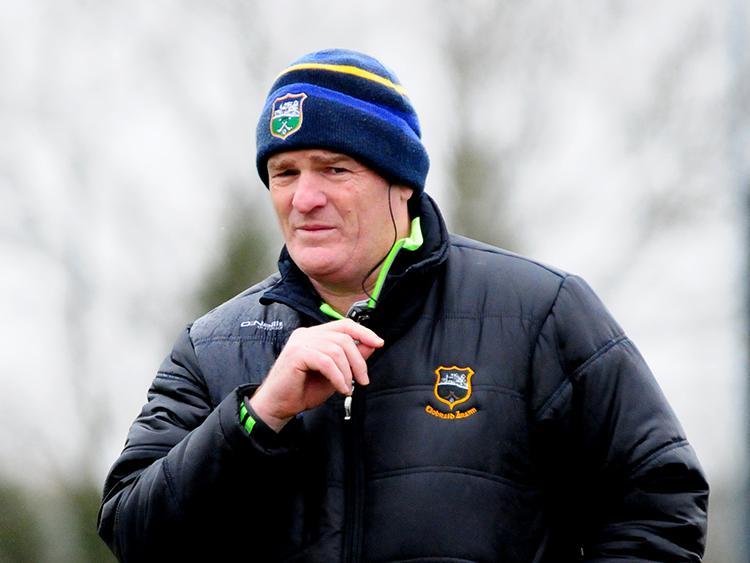 The Tipperary footballers are box office - on Saturday, January 27th Eir Sport will launch their coverage of the 2018 Allianz National Football League when featuring the Premier County's division two clash with the Rebels at Páirc Uí Chaoimh, Cork (throw-in 5pm). And, manager Liam Kearns, now in his third season at the helm, believes that the higher standard of football will test his players - are Robbie Kiely and company still progressing or have they plateaued?

In recent years Cork have shipped significant criticism and opted to install Ronan McCarthy as manager during the close season. McCarthy was a determined player who has been building his coaching CV for some time. Indeed, in 2016 McCarthy guided Carbery Rangers to the Cork county senior championship title and also previously served as a selector and coach with the Cork senior football team. So, if anything you would expect McCarthy to demand and get a response from his players this year. But the very last thing the Rebels will want is to see is Tipperary leaving Páirc Uí Chaoimh with smiles on their faces come Saturday night.

Last season the progress of the Tipperary footballers was checked by an extraordinary series of injuries. The Premier County emerged from the 2017 league campaign as division three champions following a comprehensive final win over Louth (3-19 to 0-19) at Croke Park, Dublin and must have been licking their lips at the prospect of having a real go at the Munster championship, but, unfortunately, a whole raft of injuries cut their legs out right from under them.

In the Munster championship a late, late Luke Connolly goal helped Cork to beat Tipperary (1-10 to 1-9) in a dramatic provincial semi-final and although the Premier County regrouped to beat Cavan (2-15 to 0-18) in the qualifiers Armagh, ultimately, brought the campaign to a crushing end (1-15 to 1-17). All in all 2017 proved a frustrating experience from both a player and management point of view - the circumstances denied the camp an opportunity to do their ability justice.

Happily, the Tipperary squad is reasonably healthy right now - Jody Sheehan is working his way back from a knee operation, Philip Austin is rehabbing a hip procedure and Paddy Codd has a slight hamstring complaint, but, other than that, Liam Kearns' panel is in rude good health. And, Ballina's Stephen O'Brien has, of course, also returned to the fold. A welcome addition.

“We are happy with preparations - we are in better shape than we were at this stage last year and we have to be because we are playing at a higher standard of football,” Liam Kearns explained this week.

“We have a run of three games now in-a-row and they are tough games. We are playing the two favourites for promotion - Cork away and Roscommon at home. They are the two favourites for promotion so you couldn't get a tougher start. We have to be ready for it and we feel that we are ready for it. We have targetted being in better shape because we are playing in division two. It's a tough ask to go to Cork and to try to beat them - they are very hard to beat down there, but, look, that's the challenge of playing a better standard of football.”

The Premier County then host Roscommon on February 4th (2pm) before travelling to face Clare on February 11th (2pm). Next up is a home game against Meath on Saturday, February 24th (7pm) before Tipperary host Louth on March 4th (12.30pm). Liam Kearns' men complete the group stage of the 2018 league with trips to Down (March 18th) and Cavan (March 25th). The division two league final is scheduled to take place on April 1st.

“Our goal is to consolidate our position in division two. We will take it a game a time - that's the only way to go. We have got four away games, but we have been very good in our away games - last year we won all of our away games during the league campaign. So, we have good away form. And, we will have to be good away from home again this year if we are going to do what we want to do,” Liam Kearns told the Tipperary Star.

The fact that Tipperary have been presented with a schedule which concludes with successive trips to Páirc Esler in Newry on March 18th and Breffni Park in Cavan on March 25th is, of course, significant. The Premier County have three homes and four away during the up-coming league campaign, but it hardly seems practical or fair to bring the round robin stage of division two to such a conclusion.

“They are sending us up north twice in a week - that's not right,” Liam Kearns said.

“You would love to say to somebody could you not put one at the start of the league and one at the end of the league? How can you send us up north twice in one week? I don't understand it. We looked to split the fixtures and we asked could we bring one of them forward by a week, but the counties that we are playing could not do that. So, we are stuck with it now.”

Tipperary will face Waterford in a Munster Senior Football Championship quarter-final on May 19th - the winner of that clash will face Cork on June 2nd while the Munster final is fixed for June 23rd. Right now, however, the league campaign campaign commands all of the Liam Kearns' attention.

“We will take it a game at a time - there are no easy games in this division,” Liam Kearns told the Tipperary Star.

“We have targetted making a good start, but at the same time we are playing the two favourites in the first two matches. Look, it's a tough start, but you have to take it game-by-game. So, hopefully we will be in decent shape going into the last two matches.