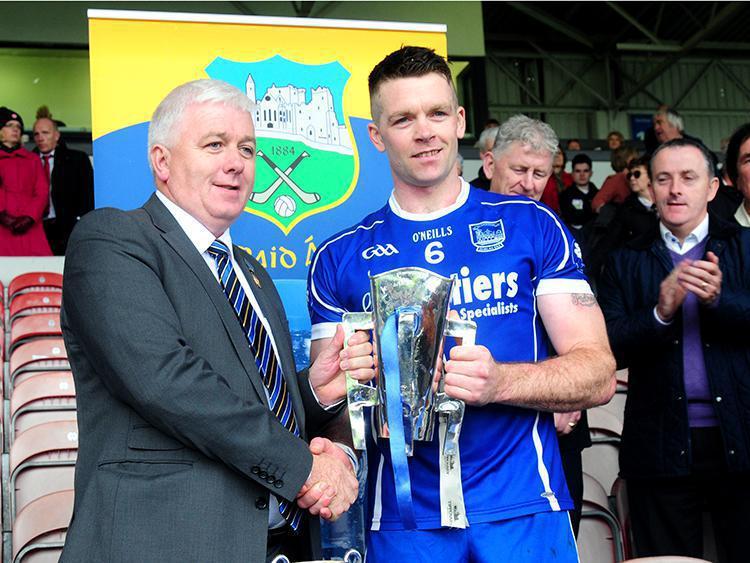 The draws for the 2018 county senior hurling, intermediate hurling and senior football championships were made at the Sarsfields Centre in Thurles on Monday, January 29th.

The draw for the Tipperary Water County Senior Hurling Championship never fails to capture the imagination. And, this year is no different.

The divisional senior hurling championships have been afforded the following dates: April 1st, April 22nd, April 29th and May 6th. All divisional championships are scheduled to be completed by the week-ending Sunday, May 6th.

Similarly to 2017 the 2018 Séamus Ó Riain Cup finalists will be promoted to Roinn I in time for the 2019 senior hurling championship.

The 2018 Séamus Ó Riain Cup comprises of twelve teams - three seeded groups of four based on the 2017 performances of each respective team.

Following three rounds of games the top two group winners (based on points, score difference, scores for, toss/draw) qualify for the semi-finals while the remaining group winner and three runners-up battle it out in the quarter-finals (repeat pairings avoided where possible).

The rounds of the Séamus Ó Riain Cup will be played on the aforementioned weekends for the Roinn I games.

There are a number of other stipulations involved should a divisional champion not qualify for the knock-out stage via the round robin stage of the competition.

Repeat pairings will be avoided where possible during the knock-out stage of the competition.

All divisional intermediate hurling championships will be played to completion in April.

Sixteen teams will battle it out in the Tipperary Water County Senior Football Championship - here the traditional link between the divisional series and the county series has been severed. Therefore the county championship is a standalone competition.

The sixteen teams involved are divided into four groups of four which are seeded as follows: 2017 semi-finalists seeded one and the 2017 beaten quarter-finalists seeded two with the remaining eight teams seeded three and four (an open draw for the last eight places).

Following three rounds of games the group winners and runners-up will meet in the quarter-finals with repeat pairings avoided where possible.

The bottom team in each group will play-off to determine which sides are relegated - the two losers will be relegated.

The quarter-finals are scheduled to take place on September 30th, semi-finals on October 10th and the final on October 21st.