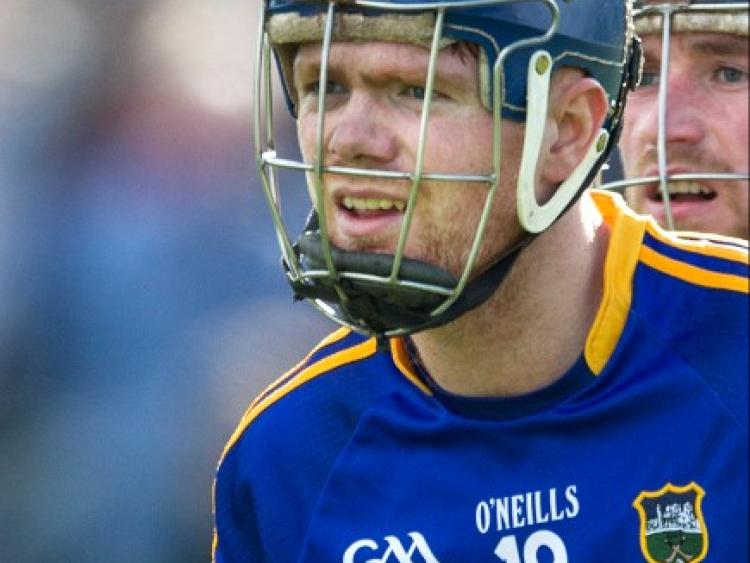 The 14 men of Tipperary threw themselves a championship lifeline with another amazing second half comeback that earned them a draw with Waterford in a thrilling Munster Senior Hurling Championship Round 3 game at Limerick's Gaelic Grounds this afternoon, Sunday.
Tipp's resurrection from the dead was their second in the space of seven days, after they had pulled off another Houdini-like, incredible act of escapology the previous week against Cork.
Their second draw in three games may not be enough to earn themselves a place in the Munster Final but it still gives them the chance of advancing in the All-Ireland championship.
Waterford looked well on course to avenge those heavy defeats by Tipp in two Munster Finals in the last seven years when they led by 11 points, 2-20 to 0-15, with 17 minutes of normal time remaining. Tipp needed a miracle to rescue anything from the wreckage of this encounter- and they got it, in a remarkable contest played out in front of an attendance of 10,237.
They hurled up a storm to produce another heroic second half performance to salvage what could turn out to be a valuable point. That display was all the more unlikely, considering they had played all of the second half with a numerical disadvantage after Michael Cahill had been dismissed on the stroke of half-time.
The comeback began in earnest when Jason Forde teed up Patrick 'Bonner' Maher for a goal in the 58th minute. It went into overdrive with eight minutes remaining when Waterford's Austin Gleeson was judged to have carried Jason Forde's long-range free over the line for Tipp's second goal, although television replays suggested that he had kept the ball in play.
In any event Tipp were back in the game, although the initiative looked to have swung back in Waterford's favour when Pauric Mahoney put them two in front.
They were still two ahead when Jake Dillon pointed in additional time. But Tipp weren't to be denied, as late points from Ronan Maher and Jason Forde's free saw them secure another famous share of the spoils.
It was another patchy display by Tipp, who looked particularly sluggish in the opening half. But when the chips were down several players including Brendan Maher, Jason Forde, Dan McCormack, Ronan Maher, Joe O''Dwyer and Patrick 'Bonner' showed real leadership when it was needed most.
It could hardly have been much worse for Tipperary at the break, when they found themselves six points down and with just 14 players after Michael Cahill, one of their better players in a difficult first half, received a second yellow card on the stroke of half time.
Waterford, their team severely depleted by a raft of injuries and Kevin Moran's suspension, flew out of the traps and were seven points ahead after 13 minutes, the goal coming from Tom Devine in the 9th minute.
Tipp were labouring in the early skirmishes but gained some momentum with five unanswered points, only to lose it again when Pauric Mahony scored their second goal in the 26th minute, which helped them to lead by 2-12 to 0-12 at half-time.
Waterford had outstanding performances from Jamie Barron, Pauric Mahony, DJ Foran and Tom Devine. But as they prepare for their remaining games against Cork and Limerick, they'll be wondering how they didn't win this.
Tipp's final game in the group series is against Clare at Semple Stadium next Sunday, June 10 at 2pm.