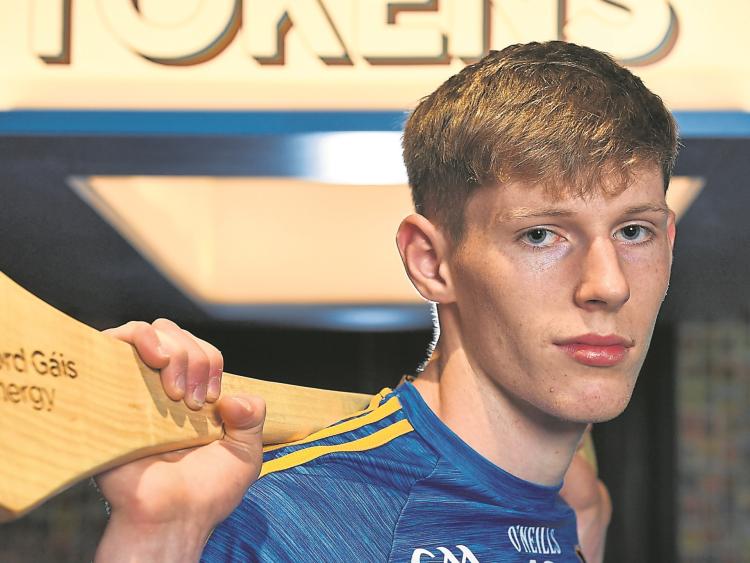 Killenaule’s Paudie Feehan is a key member of the Tipperary under-21 hurling panel.

The Munster under-21 hurling final was a disaster when Cork won with thirteen points to spare. The Tipperary players found themselves in one of those situations where nothing could be said or done to make things better. Fortunately, the Premier County panel featured leaders like Paudie Feehan who were prepared to do the work necessary to turn things around. With leaders like Paudie Feehan about there is always some blue sky to be found somewhere even when the heavens are the colour of a bruise.

This week Tipperary are preparing to take on Cork in the final of the Bord Gáis Energy All-Ireland Under-21 Hurling Championship on Sunday, August 26th at Páirc na nGael, Limerick (throw-in 5.30pm). And, Paudie Feehan is looking forward to the challenge. The Killenaule man believes that going in as distinct underdogs against unbackable favourites Cork will suit Tipperary.

“I suppose we have no choice. We don't mind - we have played as favourites and we have played as underdogs. We don't really mind what other people think. It's all about what we think amongst the group. We know that we have a job to do. And, hopefully we can do it,” Paudie Feehan said before explaining how the Tipperary panel recovered from the Munster final.

“When we came in after the Munster final - it was a tough defeat - we just had to really get our bearings and see where it went wrong. We had to try to fix that and I think that we gave a good performance against Galway. The last night was a good hard-working performance. It wasn't really polished by any means, but it was great to get the win,” Paudie Feehan told the Tipperary Star.

“We were probably lucky that we got a second chance. We were nearly blessed. It was great that we got a chance to come in and just re-group. There is a lot of honesty within the lads and a lot of guys put their hands up and said where it went wrong. We pulled together as a group and we did our best to fix it.”

“We were at sea that day. We just didn't perform at all. They are a great side, obviously, but there was a lot of it down to us. We were just flat on the night and nothing stuck for us. It was just a bad night for everyone overall,” Paudie Feehan added.

Now, however, Tipperary enjoy an opportunity to redress the balance - to perform in an All-Ireland final and right the wrongs of that hugely disappointing provincial final.

“I suppose that all of the pressure might be on Cork now after that last day. We just have to prove to ourselves that it was a blip and that they are not that much better than us. And, hopefully we can do that in the final,” the Killenaule man added.