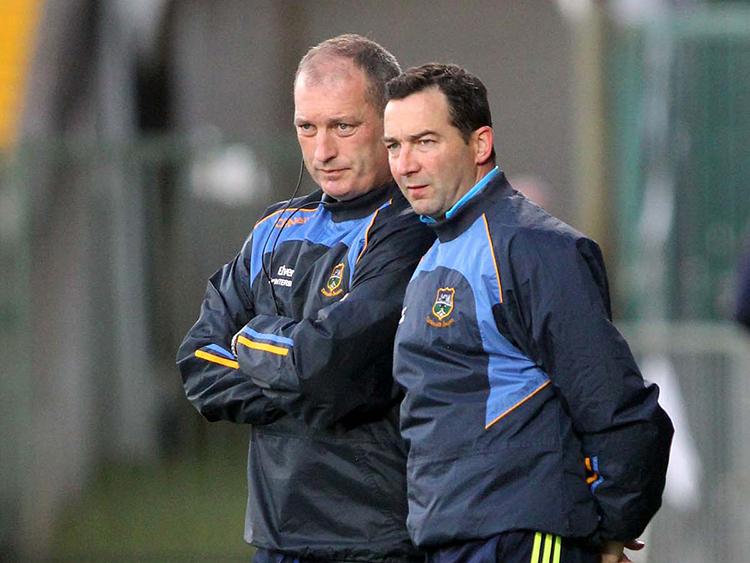 Tipperary under-21 hurling coach Michael Bevans is quietly spoken. And, although the words of the Toomevara man would not often disturb the skin on a rice pudding if you have any sense you will listen to what he has to say. And, this week, as Tipperary prepare to take on Cork in the final of the Bord Gáis Energy All-Ireland Under-21 Hurling Championship on Sunday, August 26th at Páirc na nGael, Limerick (throw-in 5.30pm) Bevans insists that the attitude of his players to the challenge before them is key. Tipperary, Michael Bevans argues, “just have to turn up on the day”.

“They got a kick up the back side in simple terms,” Michael Bevans explained as he cast his mind back to the Munster final which Tipperary lost to Cork by thirteen points.

“But you would have to say that they didn't feel sorry for themselves. They knew that they did not perform. They were very disappointed with themselves - they were disgusted, actually. They just put their heads down and they were determined that they were going to show the best version of themselves - that's really what they wanted to do. It's a mental thing. It's just that wake-up call. You just have to turn up on the day. Thankfully they did against Galway.”

On Wednesday, July 4th at Páirc Uí Chaoimh, Cork the Rebels presented Tipperary with a thirteen-point defeat in the Bord Gáis Energy Munster Under-21 Hurling Championship final (2-23 to 1-13). Between the fifth and 14th minutes Cork scored 1-5 without reply and led 1-12 to 0-5 at the break. Game over.

“Everyone knows now that we didn't turn up in Páirc Uí Chaoimh for, maybe, a few different reasons, but we spent the five weeks after that working on those things - talking about them, ironing them out and just getting back down to working hard on the training field,” Michael Bevans told the Tipperary Star.

“So, that's what they have done and the Galway game reflected that a small bit, particularly in the first half. They were determined that they wanted to put that right. And, they will probably reflect (on it) that they are a better team than what they showed in Páirc Uí Chaoimh.”

“Whatever was in Páirc Uí Chaoimh the lads didn't take to it. I wouldn't like to say that it was the stadium because I think that would be a soft excuse. Saying that we did not play there before - I think that would be soft (to say) as well. So, yeah having played in the Gaelic Grounds they certainly can't say that they are not used to it anyway. Again, it doesn't really matter to us where it is played. I think we just have to show up with that attitude that they are just going to give their best and work as hard as they can.”

Tipperary beat Limerick thanks to a rousing provincial semi-final (1-22 to 1-13) performance at Semple Stadium, Thurles and Michael Bevans believes that the public reaction to the display may have had an impact on his players.

“I think that the Limerick game probably affected them - as we always say praise can be a dangerous thing,” Michael Bevans explained.

“So, it probably got into their heads a bit that they were after beating a good Limerick side. I think that praise can make you a little bit soft. We certainly did not let them dwell on the Limerick game too much, but maybe it was something like that - maybe they read too much into that performance. It's actually a good learning experience for them. You can never dwell on your glory - you have to keep going and keep pushing yourself.

Following the disastrous Munster final display the Tipperary management team decided to make some drastic decisions as regards the make-up of their team. Such measures can, often, proved difficult for players to stomach, but Michael Bevans says that the panel trusted the management group to make decisions in the best interests of the team.

“We try to be as honest and as sincere as we can with the players. So, they all know where they stand,” Michael Bevans explained.

“They will get the jersey when they work hard in training, when they show form, when they show commitment and when they show attitude. It's the same when we go and watch them playing for their clubs - that's what we are watching for as well. So, we were very clear about that and that's one of the principles that we are sticking by. The players believe that because we stood by our word.”

PLACES UP FOR GRABS

And, Tipperary’s 3-17 to 1-17 All-Ireland under-21 semi-final win over Galway does not change a thing: there are still places on the starting team up for grabs.

“Yeah, there is. And, it will be different again against a Cork side that caused us bother the last day. So, we will have to bring something different to the table,” Michael Bevans said.

“First of all you are looking at players that are showing form, showing commitment and good attitude. And, then, I suppose, you are eyeing up the opposition - then you don't want to do too much on the opposition either because you want to really focus on yourself. And, we have always done that. It's (about) getting that balance right.”

Following an eye-catching stint guiding the fortunes of Upperchurch-Drombane on the club hurling scene Michael Bevans graduated to inter-county coaching with honours - the Toomevara man is preparing this week to guide a blue and gold team into a third All-Ireland final four years (2015 and 2016 as minor coach).

“Yes, it is satisfying, but I don't think about it too much. For myself and Liam (Cahill) and the lads it's an honour to be doing it. We have been very lucky with the lads that we have had and we really enjoy the training. The players just come to training and they are mad for hurling; they are mad to develop. I think that it all comes down to the personality of the players. We haven't had any problems with them down through the years - not one player caused us any bother,” Michael Bevans said before reflecting on the momentous challenge that Tipperary face in hot favourites Cork.

“In fairness Cork are the form team in the under-21 championship. They really are an exceptional team,” Michael Bevans added.

“Our lads are in doubt that they will have to play well for a full sixty minutes - they probably have not done that yet. They have not done it against Limerick or Galway. So, they will have to be at their best for sixty minutes if they want to have a chance. Cork beat us by thirteen points (in the Munster final) and they could have beaten us by more. So, we have to just try and close that gap.”