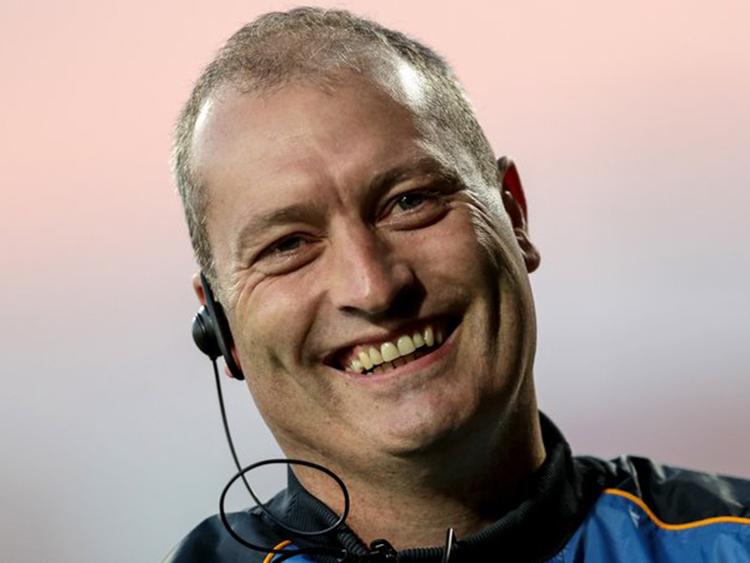 Ballingarry’s Liam Cahill will guide Tipperary into this weekend’s under-21 hurling final.

In the All-Ireland semi-finals Tipperary roared to a rousing 3-17 to 1-17 victory over Galway. Tipperary beat Limerick in their provincial semi-final (1-22 to 1-13), but came undone to a significant degree against Cork in the Munster final - the Premier County lost 1-13 to 2-23 to the Rebels on July 4th at Páirc Uí Chaoimh, Cork. And, the reports following that thirteen-point defeat were couched in the terms of a medical report. Indeed, the adjectives stared out at you. Cork “powered” to the Munster under-21 title when they made “short work” of a Tipperary team who “simply couldn’t cope with a Cork team that had a significant size and strength advantage all over the pitch”.

“It was simply a question of how much Cork would score” as the Rebels “cruised” past Tipperary and “swept to their first Munster under-21 hurling title in eleven years”.

Meanwhile another selection of reports claimed that the Rebels had “hammered” and “out-classed” the Premier County.

But Liam Cahill and his Tipperary panel are looking forward to taking on Cork in the final of the Bord Gáis Energy All-Ireland Under-21 Hurling Championship on Sunday, August 26th at Páirc na nGael, Limerick (throw-in 5.30pm). The Tipperary camp believes that they have ploughed their way through a significant body of work since the Munster final. Indeed, the Premier County are relishing a second crack at Cork.

“Yes, we are. I won't tell a lie,” Tipperary under-21 manager Liam Cahill admitted.

“We are really looking forward to seeing if we have improved. It could easily go the same way, but we have to believe that we are capable of closing that gap.”

“It's a big opportunity for us,” the Ballingarry man added.

“We have a massive gap to breach and I think that everybody is aware of that. The ball is firmly in Cork's court in relation to who has the advantage going into the game. They look to be the superior outfit all around (the field) and we will have it all to do on the day. But we will do our very best to bridge that gap and make it as competitive as we can. So, we really have to bring a lot of honesty, focus and concentration if we are to close that gap.”

Considering the quality of the Cork team Liam Cahill and his management team would be foolish not to structure their starting side based on the threat posed by the Rebels. But Liam Cahill is also experienced enough to know at this point of his managerial career not to fall into the trap of paying too much heed to an opponent.

“It is a bit of both, really,” Liam Cahill explained.

“We focused a lot on Cork the last time, believe it or not and even though the result did not reflect that. In hindsight I think we need to look at ourselves and concentrate on what we are good at and bring what we are ready to bring to the table. We know that Cork have a lot of threats; they have phenomenal players throughout the field and we will have a number of key battles that we have to try and win,” Liam Cahill said.

“Cork have ferocious pace. It's going to be a massive task for us to stem their pace, their ability to get onto breaking ball and their ability to go by the tackle. They have some powerful, big men who are able to run in straight lines and create the goal chances. We are going to have to be really well set up and really well-organised. If we lose our concentration for a split second we will be punished. It will be a big defining factor for us as a management team that we get that right. I don't think Cork have anything really to get right at their side. I think we have it all to get right at our side to turn it around.”

Following the disastrous Munster final display Liam Cahill simply had to shake up his team and then hope that his players would respond positively to what he asked of them.

“To be honest it was well-flagged early. In the aftermath of the Munster final there had to be change,” the Ballingarry man explained.

So, was Liam Cahill happy with the response of the group to the predicament that they found themselves in?

“Our team will evolve again. The starting fifteen that started against Galway probably won't be the starting fifteen that starts (against Cork) because of the opposition that we are meeting. It will be horses for courses and we will have to see how we go about our training and what way we can set ourselves up to counteract where Cork are strong. And, hope that we can find the players who can do that job for us. We have a lot of talent in our group. It's a young group, but we have a lot of fellas who didn't feature the last night that are very capable of featuring in an All-Ireland final. And, that's the hope that we cling to.” “It is great to be linked with it, but I never really thought about the Tipp senior job as a manager. And, that's being honest about it. It's like anything and it's like player development - I talk about player development all of the time, but I have to develop myself too as a manager. If a guy is lucky enough to be approached it is something that you would give consideration to whether or not you are ready. It's one thing saying that players are ready or not ready, but you have to step back and see if you are ready yourself as well as a manager. Maybe I am not, maybe it's a bit soon, I don't know, but it is something that I would give consideration to after the under-21 final, hopefully” - Tipperary under-21 hurling manager Liam Cahill.

Terrific news emerged on Tuesday evening, August 14th that the red card presented to Mark Kehoe during the Bord Gáis Energy All-Ireland Under-21 Hurling Championship semi-final against Galway had been rescinded. The Kilsheelan-Kilcash man was sent off by referee Seán Cleere at Páirc na nGael, Limerick following a challenge on Galway ‘keeper Éanna Murphy. Good sense prevailed at an appeal hearing, however, and Mark Kehoe is now free to compete against the Rebels in the up-coming All-Ireland under-21 final.

On Wednesday, July 4th at Páirc Uí Chaoimh, Cork the Rebels presented Tipperary with a thirteen-point defeat in the Bord Gáis Energy Munster Under-21 Hurling Championship final (2-23 to 1-13). Between the fifth and 14th minutes Cork scored 1-5 without reply and led 1-12 to 0-5 at the break.

ROUTE TO THE UNDER-21 FINAL