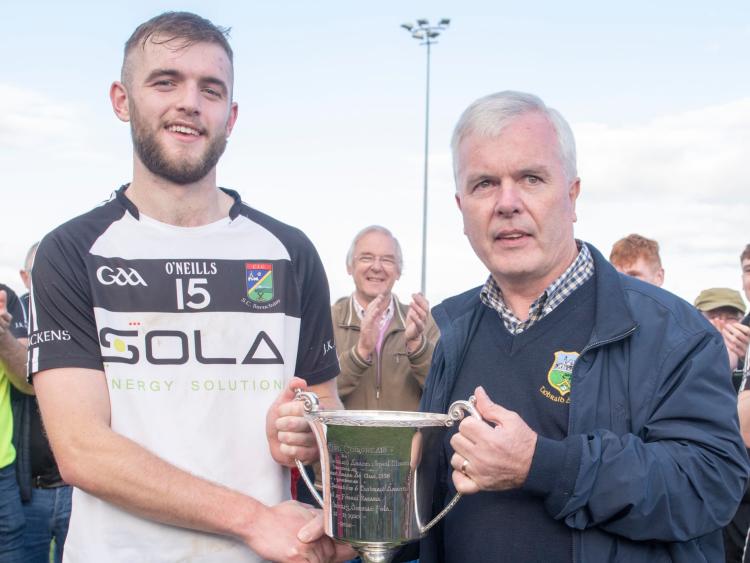 Thanks to a two-point win over Cahir at New Inn on Saturday JK Bracken’s claimed the Tipperary Water County Minor A Football Championship title for the first time since 1974 (1973 championship).

In a pulsating contest Cahir appeared to be in a strong position three points up with six minutes left, but the game turned when JK Bracken's midfielder Nick Keane decieved the Cahir defence with a speculative shot that sailed into the net. That strike levelled matters and JK Bracken's were now the team playing with more confidence and desire.

A shell-shocked Cahir still had the chances to salvage something from this exciting clash.

David Clifford (with a free for Cahir) and JK Bracken's centre-back Eanna McBride swapped points to leave the teams level with three minutes left before Andrew Ormonde managed to pick off a crucial score to edge JK Bracken's ahead.

Cahir enjoyed late chances to equalise, but a JK Bracken's breakway resulted in Andrew Ormonde getting on the end of a lighting fast transition and he popped over another point to put his team two up.

Referee Paddy Russell blew the final whistle soon after and the jubilant JK Bracken's supporters swarmed the pitch to celebrate an historic victory.

Cahir had taken the game by storm when full-forward Sean Murphy bundled in a goal in the opening minute. The excellent Nicholas Reidy scored the first of his three points and Sean Murphy and David Clifford added frees with JK Bracken's staying in the game thanks to scores from Andrew Ormonde and Eanna McBride.

Cahir's four-point lead was obliterated thanks to a brace of JK Bracken's goals which were scored during a three-minute spell - Eanna McBride and James Corcoran exchanged passes to rip through the Cahir defence and Corcoran applied a sweet finish. Minutes later JK Bracken's again stormed through the Cahir defence with another free-flowing move which resulted in Eanna McBride being taken down in front of goal. Shane Egan stepped up to take the penalty and he made no mistake from the spot.

Cahir out-scored JK Bracken's during the last ten minutes of the half by four points to two to level matters at the break - the pick of their scores came from the boot of centre-back Tommy McDonagh.

Cahir suffered a blow when defender Darragh Heffernan was shown a black card.

The teams swapped points on two occaions and Cahir were still three points ahead with six minutes left.

Then Nick Keane struck for that wonder goal and the whole momentum of the game changed in a flash.