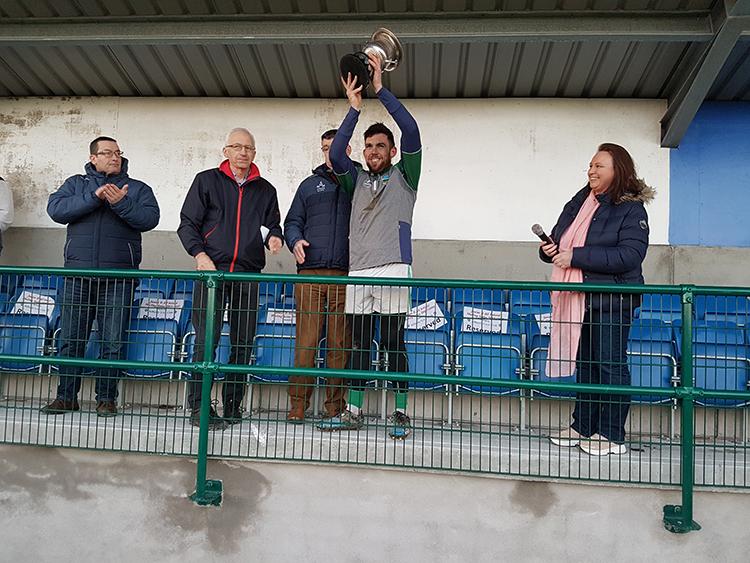 Drom & Inch landed the Munster Junior B Hurling Championship crown on Saturday to Páirc Íde Naofa in Raheenagh (West Limerick) when Trevor Hassett’s men saw off Garryspillane after extra-time in a thriller. Drom were forced to dig deep into their reserves of raw grit during this encounter. Indeed, the Tipperary champions recovered a six-point deficit and survived a dramatic finish in normal time before proving themselves the more accomplished side in extra-time.

Drom & Inch’s chances of landing the Michael Fitzmaurice Memorial Cup looked a little dodgy early on as the Tipperary champions trailed by six points (0-1 to 1-4) with ten minutes played - William Harty accounted for the Garryspillane three-pointer. Drom & Inch, however, fought back brilliantly. Indeed, the sides were level at the break (1-8 each).

A superb Colm Kinane point launched the fight back before Liam Harty added to the Drom & Inch tally. Garryspillane ‘keeper Michael Richardson had conjured a wonder save in the 12th minute to deny Michael Clohessy, but when another opportunity presented itself two minutes later the full-forward made no mistake; Clohessy bravely grabbed Mathew Ryan’s diagonal delivery in the 15th minute, raced through and beat Richardson with a composed finish to the bottom left hand corner (1-3 to 1-5).

Séamus Butler was ploughing through a huge volume of work in the middle of the field and the veteran set up Jerome Ryan for a cracker in the 18th minute.

Garryspillane were also contributing handsomely to the contest and following a brace of Danny Hayes frees the Limerick champions led by four points (1-4 to 1-8) with seven minutes to play in the opening half.

Drom & Inch, however, were the dominant side by now and whipped over four successive scores, which arrived courtesy of Séamus Butler, Liam Harty, Colm Kinane and Michael Clohessy, to tie the game (1-8 each).

Here is a video of captain Paul Connors’ acceptance speech.

Seven minutes into the second half Drom & Inch led by four (the Tipp men had now transformed a six-point deficit into a four-point advantage). Michael Clohessy, Jerome Ryan (two, one free) and Séamus Butler (free) were responsible for the surge which forced Drom & Inch into a 1-12 to 1-8 lead.

Just then, however, Garryspillane responded when blasting 1-1 in a whirlwind sixty seconds - Jamie Morrissey accounted for the point while Ciarán Sheehan somehow fired home a shot through a crowded goalmouth in the 39th minute (1-12 to 2-10).

Drom & Inch steadied themselves and re-claimed the lead thanks to two exceptional efforts from Declan Ryan and then another smasher from Colm Kinane in the 48th minute. Garrypillane, however, hit back with three from the stick of Danny Hayes (two frees) before an excellent Kevin Meade point led two between the sides with four minutes to play (1-15 to 2-14).

Considering the quality of their hurling Drom & Inch hardly deserved to find themselves in such a precarious position, but to their credit they battled their way back into contention. Two Séamus Butler frees tied the game and although Garryspillane edged back into the lead in the 64th minute through Chris Dineen there was still time for Brendan Larkin to flick over a late, late equalizer and force extra-time (1-18 to 2-15).

Drom & Inch utterly dominated extra-time. Two Séamus Butler frees, Colm Kinane’s fourth point from play and an absolute beauty from the stick of Mathew Ryan opened up a four-point gap, but it is worth noting that Peter Morrisey demanded a top class save from Drom ‘keeper Paul Connors in the fifth minute.

Prior to the break Danny Hayes converted two frees to give Garryspillane some hope, but when Séamus Butler set up Liam Harty for a second Drom & Inch goal in the 77th minute there was no way back for the Limerick champions.

Séamus Butler was very influential for Drom & Inch, the half-back line (Mathew Ryan, Kevin Ahern and Cathal Ryan) were excellent and while Colm Kinane, Jerome Ryan, Declan Ryan and Michael Clohessy all had their moments from an attacking point of view at three Eric Woodlock was absolutely immense. The Drom & Inch full-back was a persistent force in this contest and also suffered a mean belt from behind in the 84th minute. Garryspillane midfielder Seán Kearney was rightfully dismissed for the strike. Woodlock was the outstanding candidate for the man of the match award on this occasion. 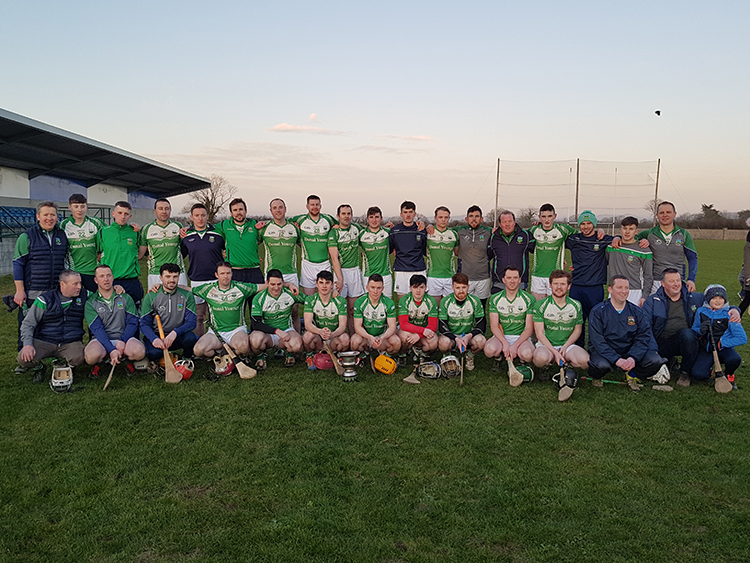 This innovative tournament has been hosted by Killeedy GAA Club since 2005-06 and the Tipperary champions will now progress to the All-Ireland semi-finals where Drom & Inch will take on St Vincent’s (Dublin) on Sunday, January 26 (2pm). Garryspillane face St Brendan’s (Loughrea) on the opposite side of the draw (St Brendan’s were recently crowned as the Leinster champions) on Saturday, February 1. The All-Ireland final is scheduled to take place on Saturday, February 8 (2pm).