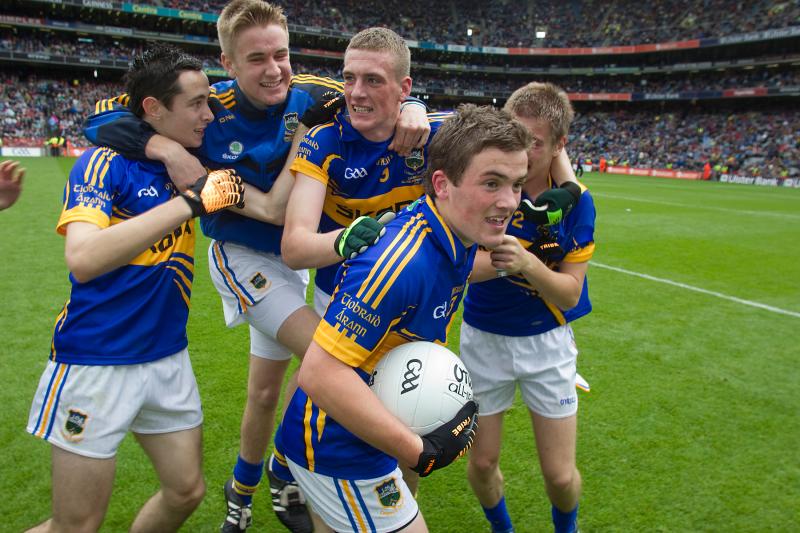 Manager David Power guided Tipp through a stirring campaign which featured wins over Cork and Kerry before the side faced Dublin in the All-Ireland final.

Dublin led 1-10 to 2-2 at the interval - a fearless Tipperary had carved the Dubs open in the opening half for a terrific Liam McGrath goal and also added a Michael Quinlivan penalty.

Dublin led by a point with time fast running out when Liam McGrath intercepted a pass from the opposition goalkeeper and found Colman Kennedy in the 57th minute.

The Clonmel Commercials star enjoyed an option to tap over the equaliser, but, instead, Kennedy unleashed a stunning 20-yard drive which flew in past Ross O'Hanlon.

Colman Kennedy and Tipperary were rewarded for their daring approach, won 3-9 to 1-14 and thereby collected the county's first title at the grade since 1935.