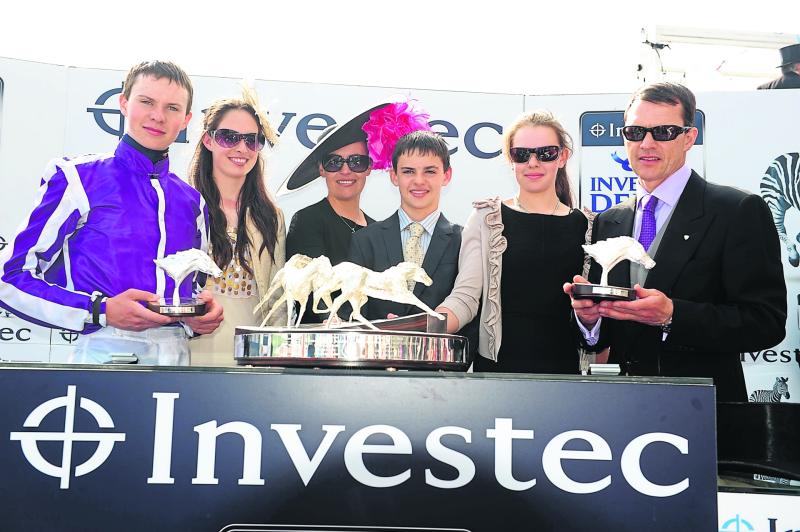 The O'Brien family pictured celebrating a famous win in 2012.

Magical sporting moments encapsulate what you even dare to dream and in June 2012 the Ballydoyle father and son team of Aidan and Joseph O’Brien experienced such a moment, with their phenomenal sporting achievement that was hailed all over the world. Their winning partnership on the Epsom Downs brought great pride to Tipperary and Ireland.

Aidan O’Brien and his nineteen year old son Joseph became the first father and son duo to win the Epsom Derby when Joseph rode the favourite Tipperary bred, trained and ridden Camelot to an incredible victory on June 2nd 2012.

They were presented with their prizes after winning the classic by Queen Elizabeth 11 at the beginning of the weekend long festivities to celebrate her sixty years as monarch and the world famous Ballydoyle stables had earned Tipperary pride of place in the global sporting world.

It was the third time O’Brien had won the race but this was the most magical moment because proud father Aidan had just witnessed his son Joseph winning the Epsom Derby on Camelot by five lengths.

"It's a dream you couldn't dream about," Aidan O’Brien said after winning the classic after the family partnership had achieved something truly unique on the Epsom Downs.

It was O'Brien's fourth classic of the year and never before had a father-and-son teamed up to win the Derby as trainer and jockey, with 19-year-old Joseph O’Brien, a new sporting superstar, taking it all in his stride.