The history of Pigfoot Lane in Templemore 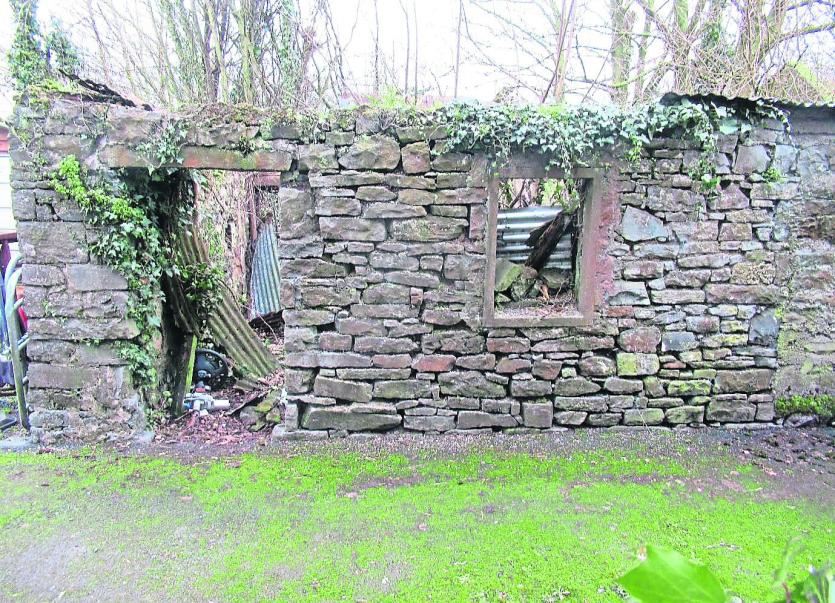 This stone house dates from the nineteenth century and is practically square in shape. It is aligned from North to South. The house measures 16’ in width, 7’ in height and has a depth of 15’ 5”. The Eastern facing front door is aligned with the Western facing back door and both measure 5’ 5 “ in height and 3’ in width.

The house features one Eastern facing window which measures 2’ 10” in height and 2’ in width. This window had a 4” plastered reveal added at a later date. Inside the main entrance to the right is a small fireplace measuring 3’ in width and 2’ in height.

To the North lies the demesne wall of the Carden Estate which is indicated by the purple line marked on Figure 2. This stone house may have replaced an earlier thatched cabin.

Father James Carroll in 1862 wrote: “ Pigfoot Lane too has undergone an equal change. Beside the market house of Templemore is a gateway which also serves as an entrance to Pigfoot Lane, an original place some twenty to thirty-five years ago. Twelve to fifteen low thatched cabins of the most forbidden description extended at each side of a narrow passage from the back of the houses on the Main Street to the wall of Templemore Demesne. 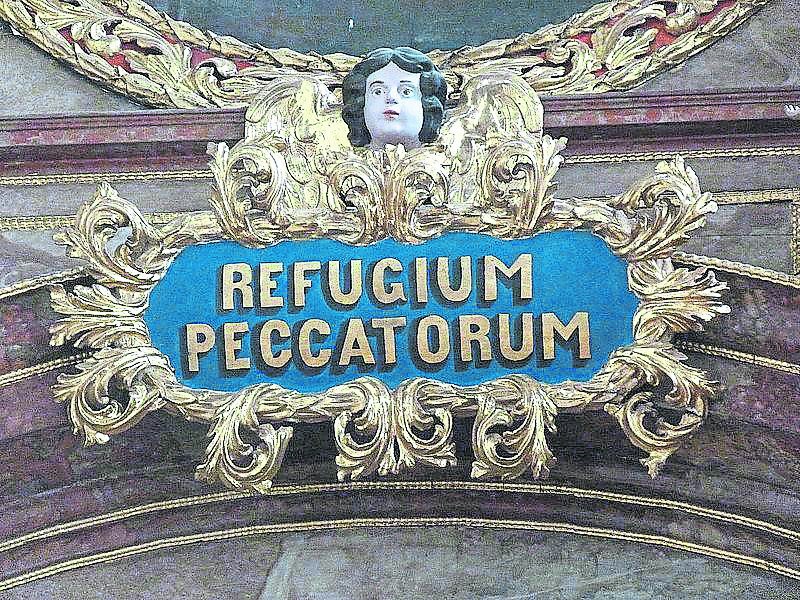 More than one family generally lived in each and no matter who or what you were or whence you came, Pigfoot Lane was ever ready to receive you. It was the “Refugium omnimum peccatorum” ( Refuge for sinners ). If one of its inhabitants wished to marry he seldom left the precincts of the lane.

I and a few companions once stole in there to take a peep at a wedding dinner. The party were seated in the kitchen, the only safe room of the cabin. Some of the dishes were cooked in a very rickety loft over the kitchen , and the bride’s brother made it his business to make the guests happy. Seeing that one of the essentials of the dinner was growing rapidly less he came outside the door and thus spoke to his mother who was in the cock-loft. 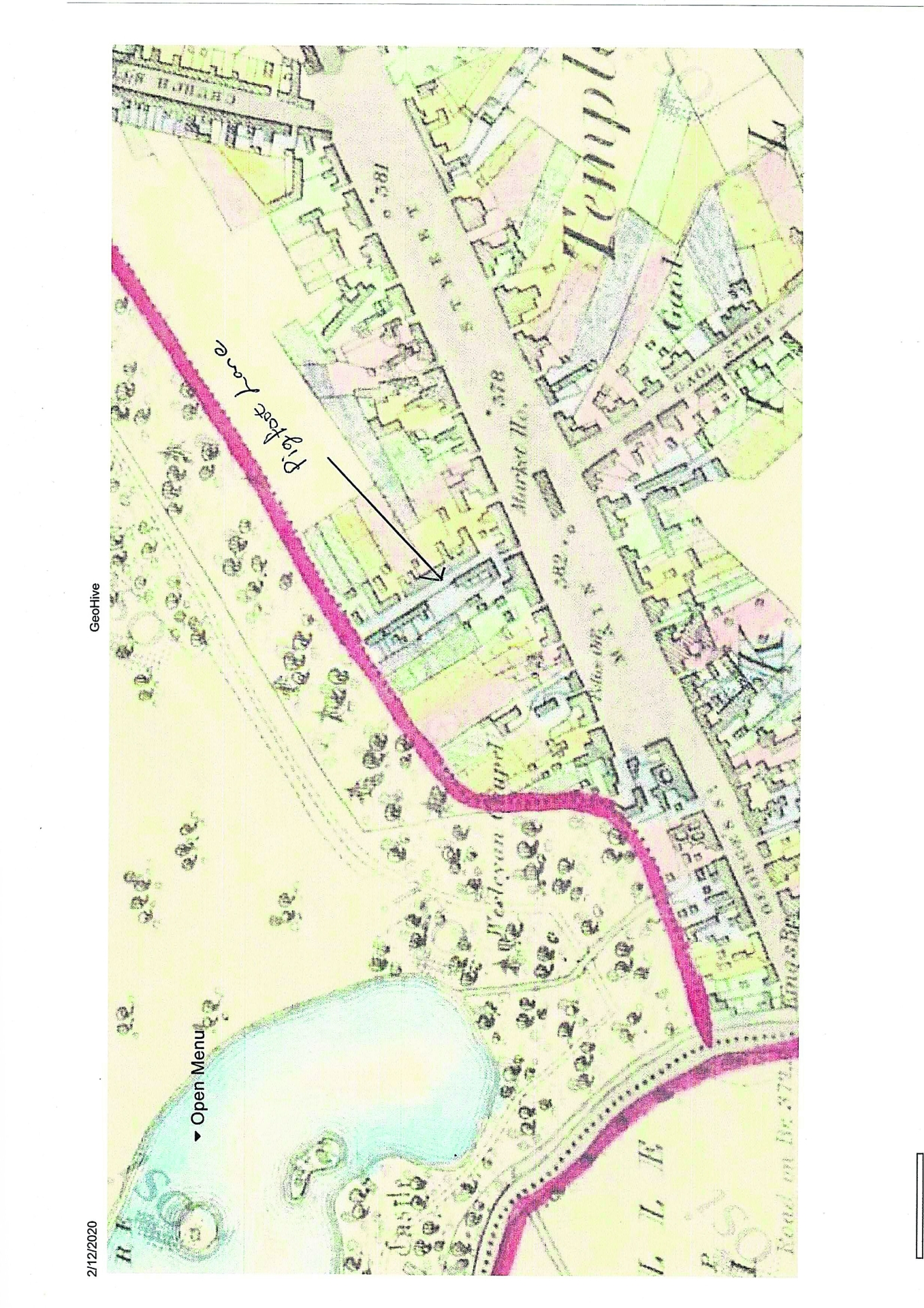 As the new town of Templemore began to take shape at the beginning of the nineteenth century under the supervision of the Local Landlord, Sir John Craven Carden Baronet, he stipulated that all new buildings, including outhouses, must have slate roofs.

Therefore it is likely that the cabins referred to in Fr Carroll’s diary pre-date the new town. It is reasonable to suggest that these cabins were demolished shortly after Fr Carroll’s observations in 1862 and replaced by the stone house (pictured in Fig. 1) with a slate roof.

Templemore native Michael Casey’s account given to the Folklore commission in 1938 at the age of eighty five states: “ One of the remarkable things about Templemore, a proof of its not being an old town but a very new one and one of recent growth is the fact that it contains no thatched houses. The only thatched house in it, when I came to know it first (c.1870) was that of Wm. Peacock, in Market Lane.

That house was there before the town began to be built and was in possession of the Peacock family for generations. It appears that those who sought building sites from the Carden owners were only given them on the understanding that the houses they were to build were to be slate houses. And so, even in the humbler lanes and streets of the town, all the houses with the one exception I have mentioned were covered with slates. A feature without parallel in any of the other towns of the country”.