This week as part of our bottling labels series, we feature James (Jim) Whyte’s public house, which we know as present day Harrahills 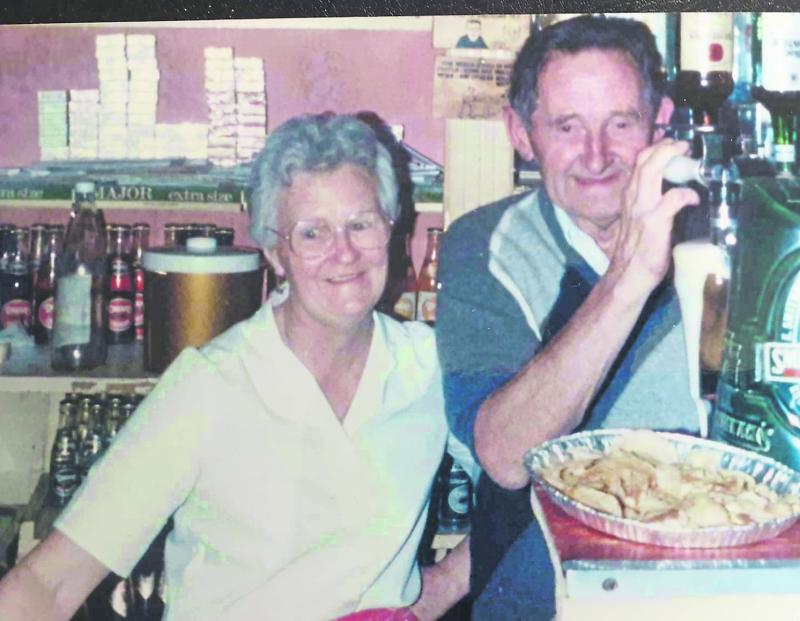 This week as part of our bottling labels series, we feature James (Jim) Whyte’s public house, which we know as present day Harrahills.

This building was first granted a pub licence in 1900 when Edward and Margaret O’Rourke were the proprietors. Edward was a carpenter from Dublin while Margaret was a confectioner.

The Census of 1901 shows two servants living there, whose occupation was also given as confectioner.
It is most likely that the O’Rourke’s ran a confectionery business here and then expanded into the pub trade. The O’Rourke’s pulled pints until 1907. Patrick McGrath then took up the reins, but his stay was brief as James and Bridget Delaney were in situe by 1908. They stayed for eight years before Elizabeth Kelly took over in 1916.

She married James Whyte from Errill on June 2nd 1920 and thus began seventy years of the Whyte family on the Main Street.

James’ brother Matthew married Johanna Bourke from Borrisoleigh. James and Elizabeth had no children of their own and when they retired the business was taken over by his nephew, Mattie Whyte Jnr and his wife Mary (nee Byrne, Dunkerrin Post Office).

They had four children Mary, Eileen, Billy and Anne and they continued in business here until 1989, before the present owners, Kathleen and Owen Harrahill purchased the premises.

This house is a prime example of the complexities of the numbering systems used in many towns throughout Ireland. The Templemore Arms is 92-94 Main Street, Fitzpatrick’s Newsagents is No. 86, and yet Harrahills, which lies in between, is No. 21