The event took place last weekend and was a huge success 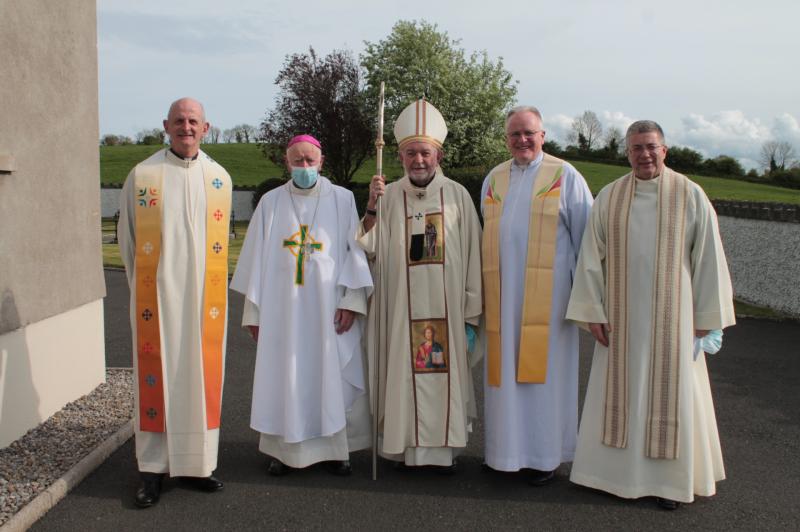 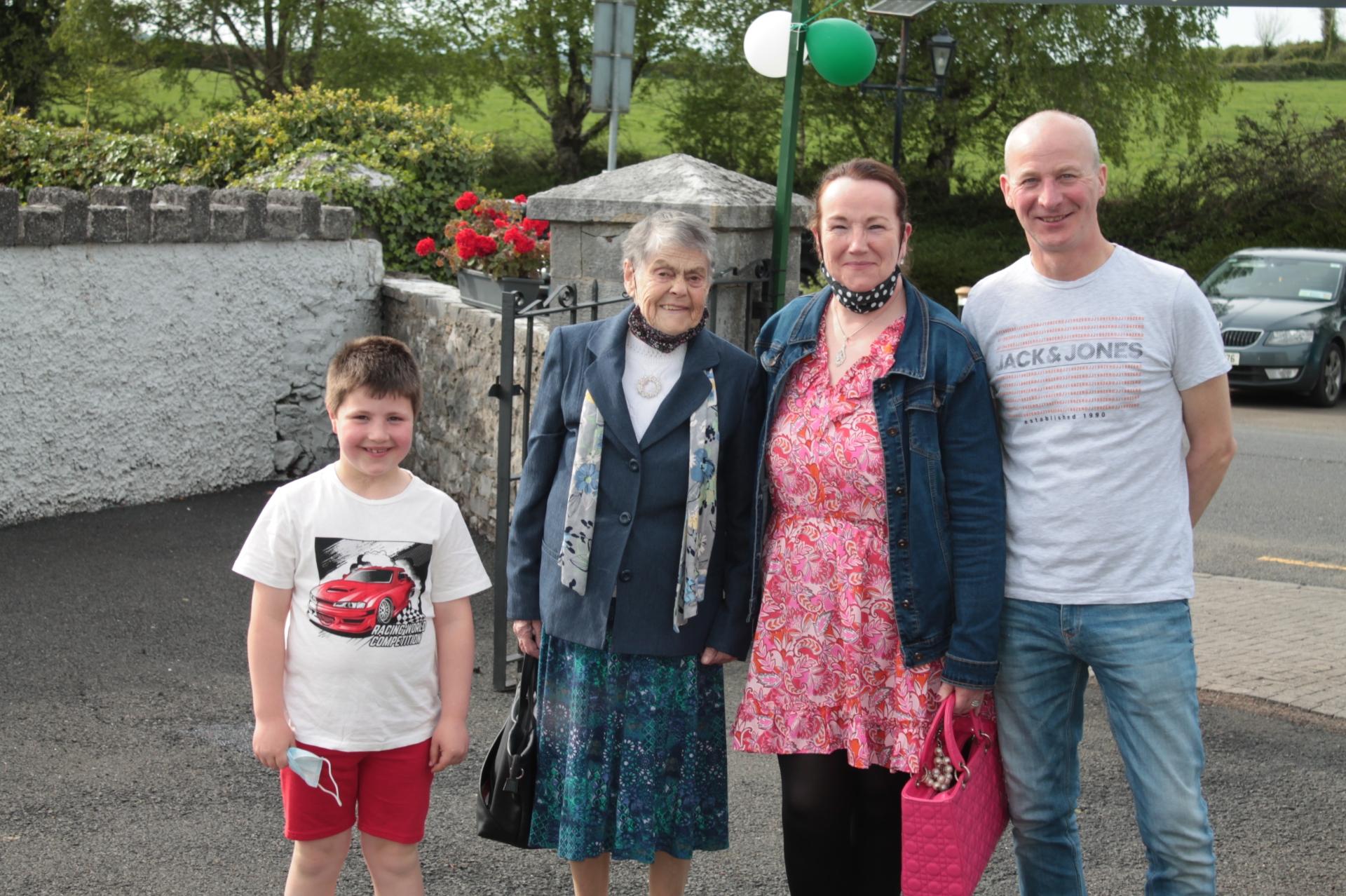 All smiles for the camera at Ballycahill Church

The village of Ballycahill was en-fete on Saturday evening last as the bi-centennial celebrations of St Cataldus Church finally went ahead, much to the delight of the faithful.

Brilliant sunshine greeted those who went along and it enhanced the sense of celebration no end with everybody in fine form for the Mass of Thanksgiving and the festivities which followed.

The bi-centennial committee, headed up by Tommy Ryan, had engaged in huge preparations for almost three years in anticipation of this day - the Covid pandemic resulted in a two year delay. But eventually, the eagerly anticipated day arrived and it will be one remembered in the village for many’s a year to come.

Young and old alike were involved in this. From the children of Ballycahill National School to the most senior of citizens in the parish, the importance of the event was recognised by all, and in coming together as a community, they managed to pull off a very poignant and touching event which was kick started by Mass of Thanksgiving by Archbishop Kieran O’Reilly, Archbishop of Cashel and Emly.

Tommy Lanigan was on hand to welcome everyone to the event which celebrates the presence of the current church in the parish - it was built in 1819/1820 and was at the time of its construction, the largest church outside of the Cathedral of the Assumption in Thurles. The church, which was in splendid order after great preparations had been undertaken during the week, saw the unveiling of a History Freeze in the porch - this was unveiled by local man Tim Browne from whose prompting came the idea of the bi-centenary.

Following the sounding of the new bells at 6:00pm, the Angelus was recited and Mass began.

Archbishop Kieran described the Mass of Thanksgiving as a special moment in the life of the parish. In his homily he said the church was built on very solid foundations, not just stone on stone, but on the foundation of the faith also. The beauty of the church can sometimes be taken for granted, he said, as he paid tribute to those who built the building in praise of God.

Archbishop Kieran offered the view that the book of sacramental records presented as one of the four symbols was perhaps the most important one, as it contains the details of the faith community for over two hundred years. Other symbols included a candle in honour of past generations; the specially published history book of the church and the parish; and a rock to symbolise the foundation stone of the Baile Achaille - the way of the rock.

The school choir and church choir provided the music and song for the celebration with organist Louise McCullagh accompanying and their presence significantly enhanced what was a wonderful way to celebrate the church.

After Mass had ended, a silver birch tree was planted in the garden by Archbishop Kieran to mark the Seeds of Hope plan - each parish in the archdiocese has received a similar tree for planting locally.

The festivities adjourned to Ballycahill Community Centre where the local volunteers and helpers under the direction of Tommy Ryan had provided refreshments aplenty to cap what was a very memorable occasion for the village and the parish. A children's art exhibition and photographic exhibition depicting the life of the parish attracted huge attention in the hall on the evening.

Fr Celsus Tierney and Tommy Ryan were both lavish in their praise for the great work done ahead of the event - a celebration worthy of the occasion.

Former curate Willie Hayes presented a very special crucifix to the parish of Ballycahill - a return to its place of origin after decades away.

Willie explained to the congregation that he had found the crucifix in a shed at the back of the church and it had been painted totally white and was in poor condition. He brought the crucifix to his curates house in Tobins Cross and when he was moved to the parish of Newport and Birdhill, the crucifix was packed up and sent with him, in error.

“I discovered it a long time after and when I moved again, it moved with me once more. I always intended returning it to the parish but it was one of those jobs which always seemed to be put on the long finger. When I heard about this bi-centenary celebration, it seemed like the perfect time to return this crucifix to the parish,” he said to great applause.

Willie and his wife Maureen had the crucifix totally restored and brought back to its natural wooden form. It will take pride of place in St Cataldus Church having been accepted by Rev Fr Celsus Tierney, PP, Holycross and Ballycahill.