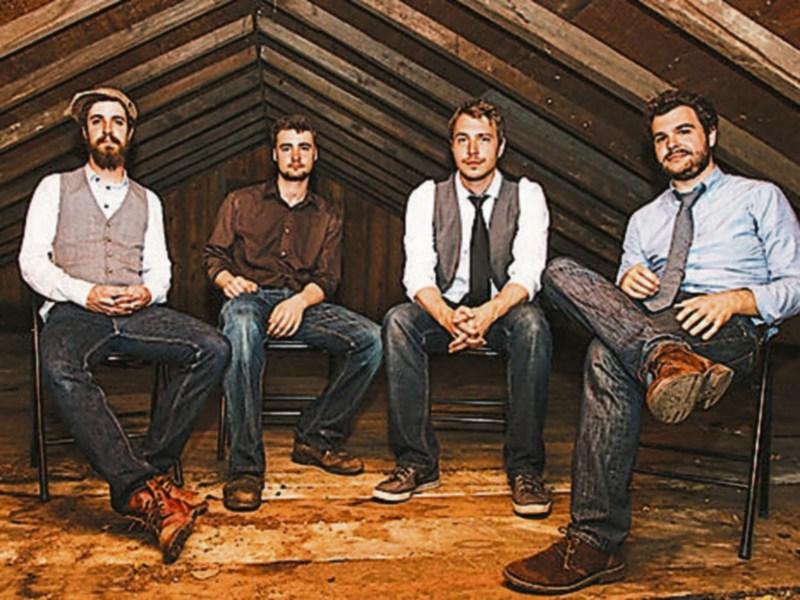 Clonmel World Music is back with its Autumn schedule of music, and it is delighted to present one of Canada’s best young Bluegrass/Roots bands, on Thursday 26th October, in Raheen House Hotel.

The Slocan Ramblers are Canada’s young Roots/ Bluegrass band to watch. Rooted in the tradition, fearlessly creative, and possessing a bold, dynamic sound, This 4 piece band have quickly become a leading light of Canada’s roots music scene, built on their reputation for energetic live shows, impeccable musicianship and their uncanny ability to convert anyone within earshot into a lifelong fan.

On their latest album, Coffee Creek (2015) The Slocan Ramblers blend lightning fast and devilishly intricate instrumentals with the sawdust-thick vocals of singer Frank Evans, who takes lead on songs ranging from rowdy old-time numbers like “Groundhog,” to a Dustbowl classic like Woody Guthrie’s “Pastures of Plenty.” The Slocan Ramblers have moved from a young ensemble of bluegrass pickers to one of the best known Canadian roots bands. They’ve done this by staying true to the roots of the music, not seeking to revive anything but rather to tap the rough and rowdy heart of the music.

On the album “Coffee Creek” The Slocan Ramblers bring the live, collaboratory aspects of the music to the fore, and they understand that if you polish up the music too much, you lose the raw excitement that makes it so vibrant. In the liner notes, the producer of the album, Chris Coole breaks it down: “What really impressed me while we were working on this album, was that, while they can pull off the precision and virtuosity that is at the backbone of bluegrass, they understand the power of the fragile moment in music.

The Clonmel show is part of a big UK and  Irish Tour that also includes shows at the famous Sligo Live Festival and at Bunratty Bluegrass Festival.

Doors for the gig will open at 8.00pm, and The Slocan Ramblers will take to the stage at 9pm prompt. Tickets for this great gig are on sale now, and are available in Marians Bookshop. O’Connell St.  Clonmel , or from Gerry Lawless on 086 3389619.