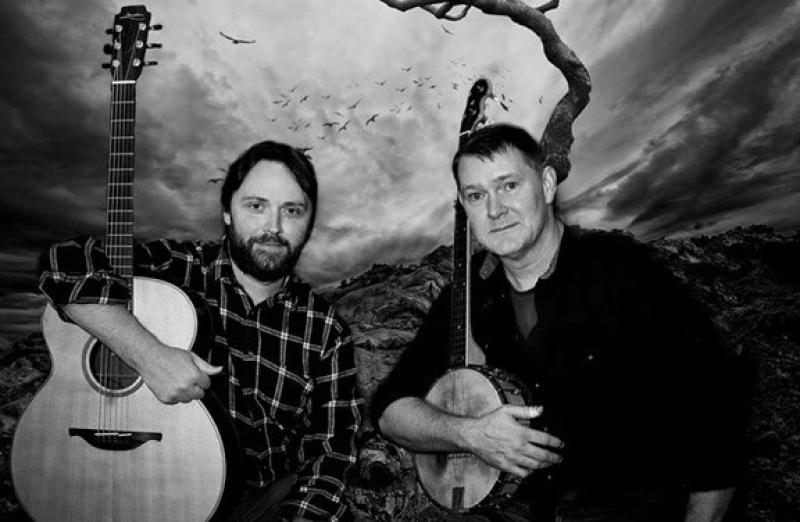 Clonmel World Music is delighted to host a very special show with Makem and Clancy at Hotel Minella on Saturday night, April 13.
Rory Makem and Donal Clancy carry on the musical legacy, stories and songs of their legendary fathers, Tommy Makem and Liam Clancy.
They are performing two shows in Ireland this year, as part of a specialist tour company, Brack Tours, who are bringing 30 Makem and Clancy fans from the US.
The tour is titled Makem and Clancy, The Next Generation- Tour of Ireland, which delves into the history and heritage of both families.
Clonmel, and Hotel Minella, have many historical resonances with Tommy Makem, Liam Clancy and the Clancy brothers. It is only 13 miles from Carrick-on-Suir, homeplace of the Clancys.
Liam Clancy played in the same concert room at Hotel Minella on July 4 2006, when he did a short Irish tour with American folk star Odetta. The Clancys filmed their last performance in The Regal Theatre, Clonmel in 1995, and Tommy Makem and Liam Clancy also performed in Ferryhouse, Clonmel on one of their tours.
Acclaimed musicians in their own right, Rory and Donal joined forces three years ago to carry on the legacies of their respective families.
Donal spent his early childhood in Canada and the US before his family settled back in An Rinn, Co.Waterford in 1983. His father gave him his first guitar at the age of eight and he was playing professionally by his early teens. After returning from a residency at Delaney’s Irish pub in Hong Kong in the mid-90s, he co-founded the group Danú but left soon after to join a trio with his father Liam and cousin, Robbie O’Connell. Their debut tour in 1996 took them across the US, from the Santa Anita Race Track in Los Angeles to the Lincoln Centre in New York. They continued to tour for a couple of more years and recorded two albums before they disbanded in the late 90s.
Donal contributed to albums and tours with Riverdance fiddler Eileen Ivers and was guest guitarist with The Chieftains on their Tears of Stone tour in Japan and the US in 1999, before performing with the group Solas and re-joining Danú.
A seasoned performer with over 25 years experience on the road, Rory has toured extensively with The Makem and Spain Brothers. He toured and played guitar with his father, the legendary Tommy Makem for 17 years.

Donal and Rory will be joined by special guests Donnchadh Gough (Danu-bodhran) and Brendan Clancy (fiddle).
The support act will be multi-All-Ireland winning young traditional musicians Cian Smith (uileann pipes); Brid McMaugh (fiddle) and Emma Corbett (melodeon), who carry on the unique County Waterford flavour of the night.
Doors open at 8pm, with the support act onstage at 8.30. Makem and Clancy will be onstage at 9pm sharp.
Tickets for this very special show are on sale now, online on www.clonmelworldmusic.
com;
Hotel Minella, Clonmel;
Marian’s Bookshop and the South Tipp Arts Centre, Clonmel; and The Local Bar, The Square, Dungarvan.