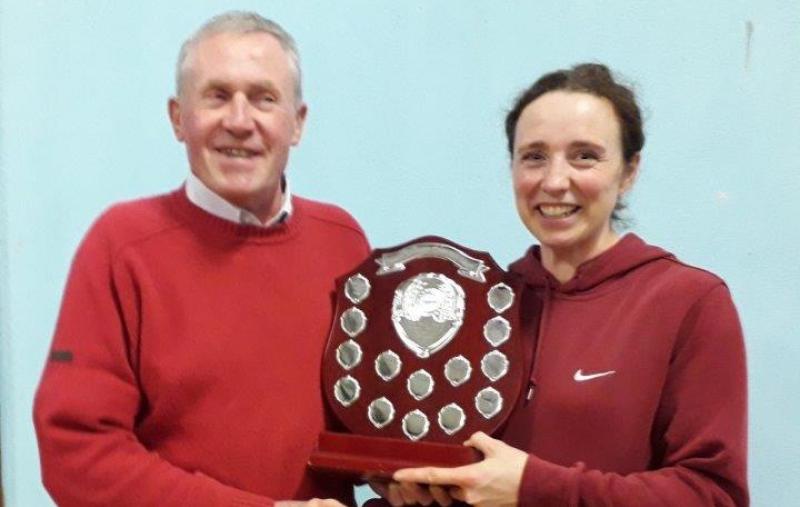 Albert Doyle, New Inn presenting the Mary Doyle Memorial Trophy for the Area with the highest number of participants to Annette O'Donnell, secretary of Boherlahan Dualla area winners of this shield 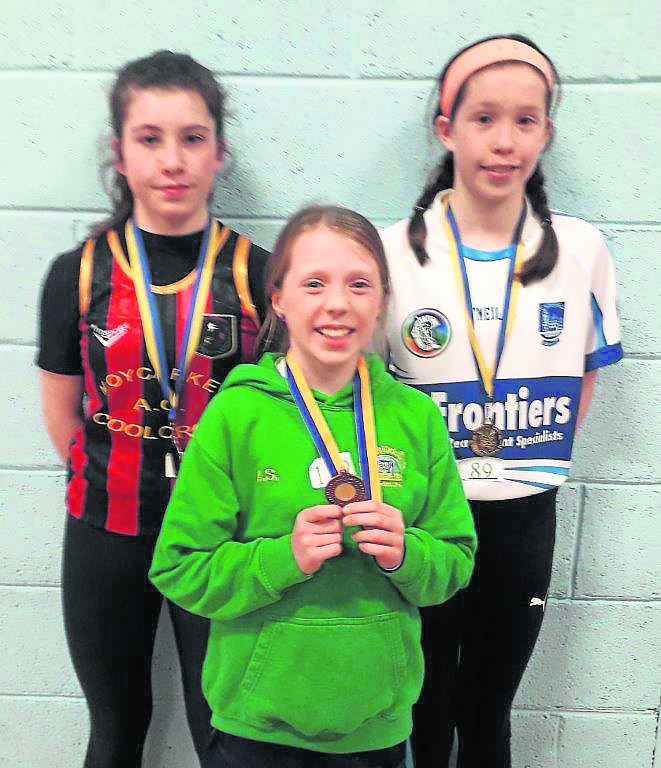