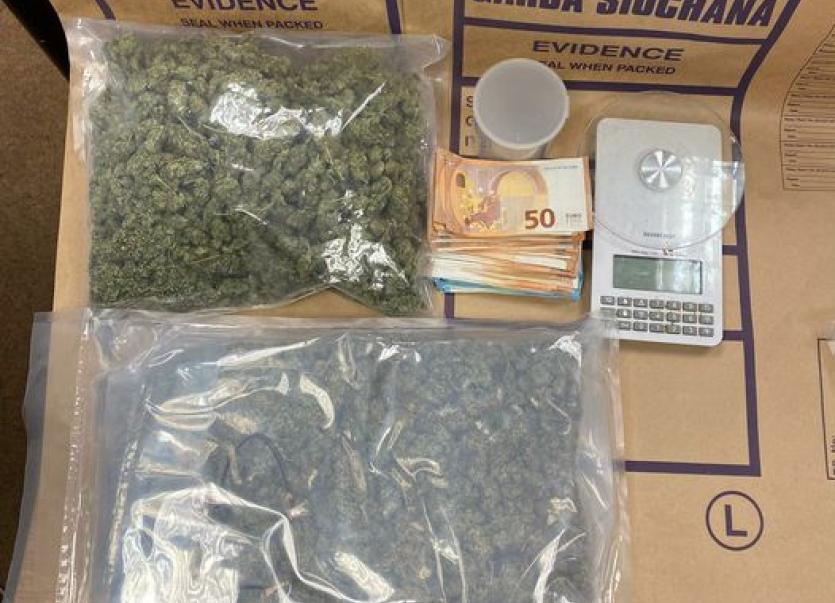 The 36 year-old man arrested following the seizure of €30,000 worth of cannabis herb, €6000 cash, a weighing scales and other drugs paraphernalia in Cahir on Sunday evening, was subsequently charged and will appear before an upcoming district court sitting.
A Cahir Garda Station spokesman said the man, a foreign national living locally, was released from Garda custody after being charged.
The drugs, cash and other items were seized by members of Cahir Garda District Drugs Unit, accompanied by the Garda Dog Unit during a search of a premises in the Duneske area of Cahir following a lengthy surveillance operation.