Ryanair challenges what it says are unconstitutional travel measures 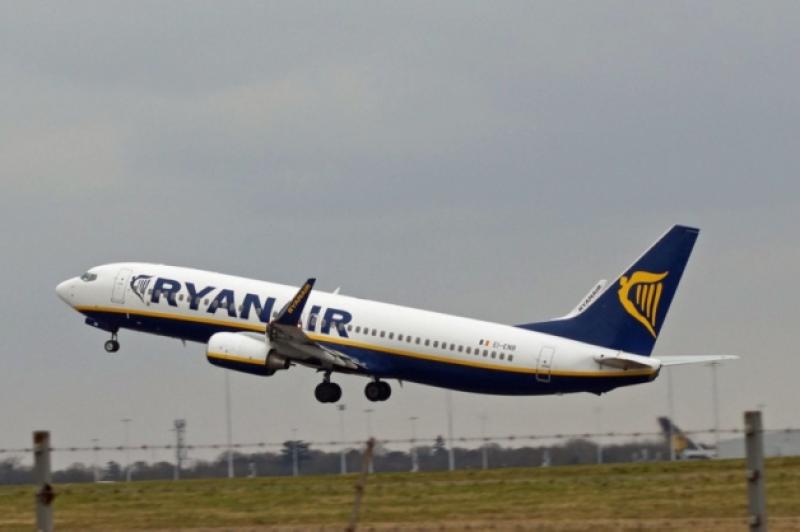 Ryanair has launched a High Court action aimed at setting aside what it claims are International travel restrictions announced by the Government earlier this month.

Ryanair claims that the 'restrictions', arising out of the Covid19 pandemic, are unlawful, amount to a disproportionate interference of individual's rights and are detrimental to its business.

In its action Ryanair is challenging measures, announced on July 21st last, including that persons not travel outside the Island of Ireland, save for essential purposes, and that everyone holiday at home in 2020.

It is also challenging what it says are requirement for persons returning to the state from countries not on a designated green list to restrict their movement and self-isolate for a period of 14 days.

Ryanairs claim the measures are mandatory in nature and have the same effect as regulations it says should have, but were not voted on or approved by the houses of the Oireachtais.

As a result the airlines says the restrictions are unconstitutional and in breach of the 1970 and 2020 Health Acts, the European Convention of Human Rights and the European Charter of Fundamental Rights.

Ryanair's action is against An Taoiseach, Ireland and the Attorney General. Aer Lingus Ltd is a notice party to the action.

In correspondence opened to the court the state strongly denies the measures challenged, which it says are advisory and not mandatory in nature, are unlawful.

It also said there is no basis for a legal challenge against the measures.

It said its Covid-19 travel advisory notice in relation to non essential travel are necessary, proportionate and transparent measures designed to deal with the global health emergency.

It said that the green list of countries will be reviewed on a fortnightly basis based on advice from public health officials.

The airline represented by Martin Hayden SC and Eoin O'Shea Bl, say that the measures are more than just advice from the government regarding travel to and from Ireland.

Mr Hayden agreed with Mr Justice Charles Meenan that its case is essentially that the government has introduced what are effectively "mandatory" regulations "under the cloak of advices."

The 'restrictions' represent law making by the executive which ought to have been made law by the Oireachtais, counsel said.

Without going through the proper processes the measures lack the proper checks and balances counsel added.

Mr Hayden said the 'restrictions' have a real effect on people including persons ability to go back to work after returning to Ireland from a country that is not on the "green list of nations" without going into a 14 day self-isolation.

There were also insurance implications, counsel added.  Counsel added that the government's restrictions have raised serious questions for the entire airline industry in Ireland.

These include a declaration that by announcing the restrictions the Government has unlawfully encroached on the legislative  prerogratives of the Oireachtais  and has breached articles 6, 40 and 15.2 of the Irish Constitution.

It further seeks declarations that the outside the powers and breach laws and articles of legislation including the 1970 Health Act, the 2020 Health Act (Emergency Powers) the EU Charter of Fundamental Rights, and the ECHR.

After consider the application Mr Justice Meenan said Ryanair had raised important issues and directed that the application for leave be made in the presence of lawyers for the State respondents.

The application was brought on an ex-parte basis, with only one party present in court.

The judge said that given the urgency of the case it may be possible to have 'a telescoped hearing,' where both the application for leave and the challenge itself are heard at the same time.

The matter will return before the court in mid August.