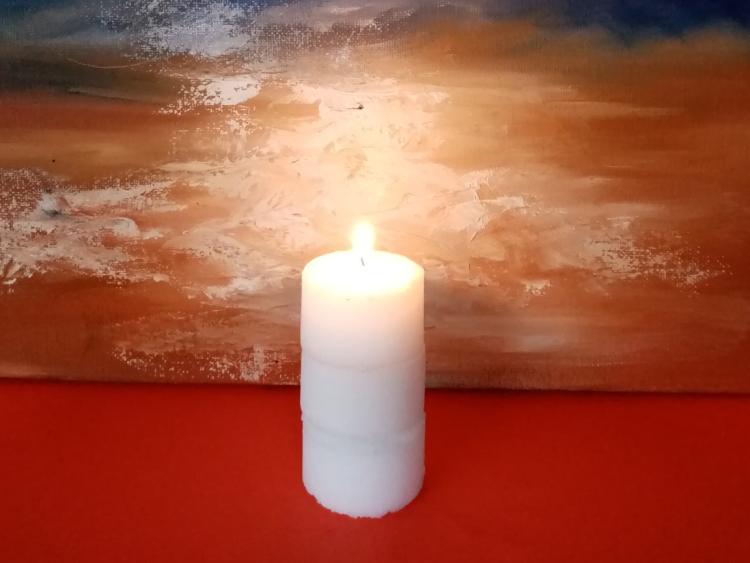 News of the passing of 'Big Mike' Lee, Beakstown, Holycross occasioned great sadness in mid Tipperary and further afield as a well known and very likeable individual had departed this life for the next. Many tributes have been paid to him on social media since word of his passing became known.

Known as 'Big Mike' for most of his life, Mike was a strong man with tremendous courage, fortitude and determination. And, he was to require each one of those admirable characteristics when, at the age of just 22, he suffered an horrific accident while at work, and was left confined to a wheelchair for the rest of his days.

This was an enormous cross for Mike to carry, but with his trademark courage and determination, he shouldered the burden with tremendous gusto and did not let his disability define him. He continued to be independent, learning to drive a modified car, and residing with his brother John, and John's wife Mary, and their family of three boys, he wanted for nothing in life. Mike became a second father to Paudie, Michael and Brian and, though a granduncle, he was like a second grandfather in time to their children.

Like his brothers Pat and John, Mike had been a gifted mechanic, but his working days were to end on that fateful day in 1972 when his life changing accident occurred. He was also a very talented pool/snooker player and loved to socialise, playing cards, meeting people and chatting to everyone he encountered. This is what made him so popular and well known – Big Mike was a gentle giant of a man, with a mischievious sense of humour and a great ability to connect with people.

He also loved to follow GAA games, especially those involving his nephews in the green and white of Holycross Ballycahill and many is the juvenile player he ferried to and from games down through the years. There, at the games, he would sit and watch the action, delighting in the hurling and football, but especially in the chance to meet friends and have a chat.

Big Mike had many health issues down through the years and complications arising from his injuries and his disability. But, he was a strong man and always fought his way back to health, even when the odds were stacked against him. His fortitude was admirable and of tremendous example to all who knew him.

Big Mike's passing came as a shock to his family and friends. He had been in the care of the Thurles Community Hospital of the Assumption for a short while, and was then hospitalised briefly in South Tipperary General Hospital, where he passed away suddenly on Saturday morning.

When news of his death emerged it was greeted with great regret – a popular and well known man had been taken, and under the current guidelines on funeral attendance, there would be no opportunity to pay final respects and to sympathise with the bereaved.

In accordance with current government guidelines, regarding the Covid-19 pandemic and public gatherings; the funeral of Big Mike will take place in a private setting. A memorial Mass to celebrate his life will take place at a later date.