Who will win the Tipperary Sports Achievement Award for October in Fethard? 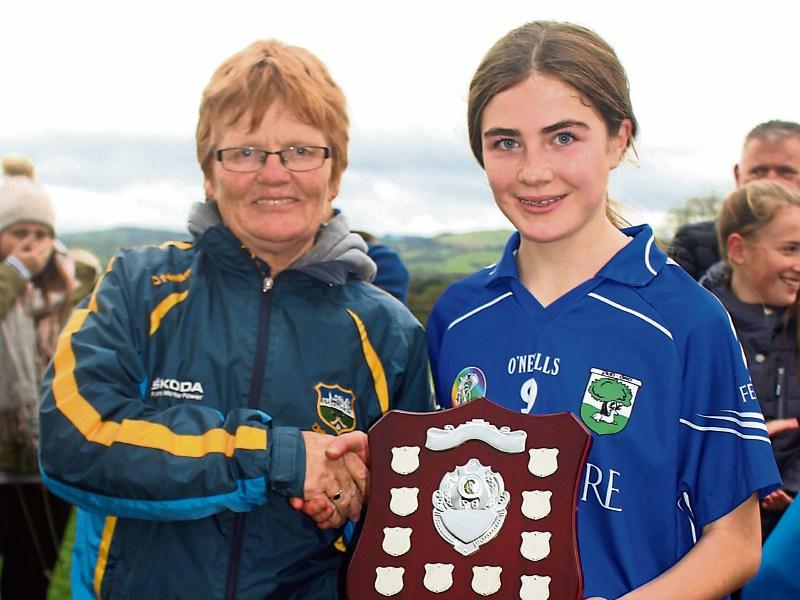 The St Rita's Under 14 Camogie team are one of 16 nominations for the October Sports Achievement Award which will be announced on Friday evening in Butler's Bar, Fethard.

The following sixteen nominations were received for the Butlers Bar Fethard Sports Achievement Award for October:

2.  Patrician Presentation 1st Year Girls Futsal Team – Acquitted themselves well at this new improvised sport which took place at Canon Hayes Center in Tipperary town and organised by the F.A.I.

3.  Patrician Presentation 1st Year boys Futsal. Runners up in this new sport run by the F.A.I.  The sport is based on Soccer but has very specific and different rules.

4.  St. Rita’s Junior B Camogie Team – County champions by beating Lorragh in the final played in the Ragg.

12.  Reiltin Kenny – Silver U10 medallist at Irish kickboxing championships and will also fight for an Irish Title in Derry on November 9.

16.  Hugh O’Connor – A horse bred by Hugh, ‘Langer Dan’, was a two-time winner recently in Ludlow and in Wetherby.

The winner will be announced at a special presentation function in Butler’s Bar on Friday night next, November 8, at Butlers Bar and all are welcome to come along.