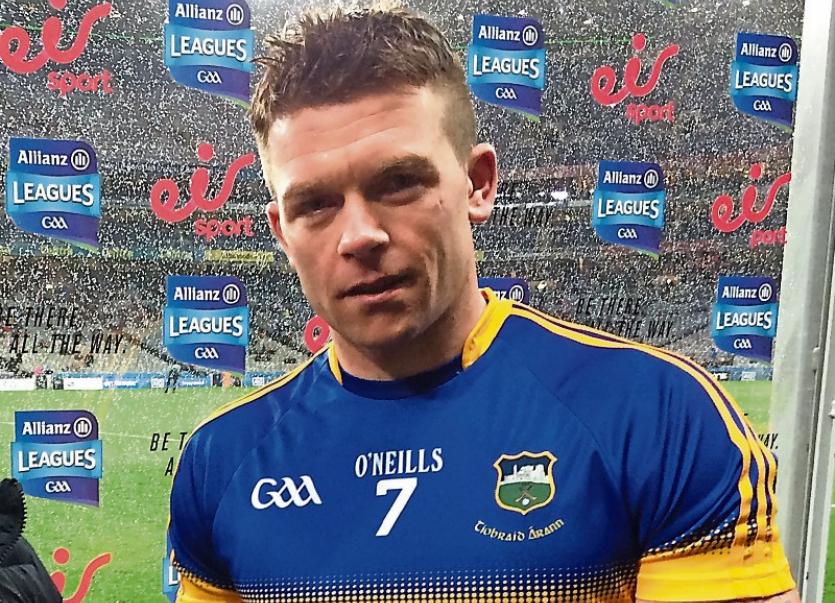 Offaly will face Tipperary in Sunday's Allianz National Hurling League quarter-final in Tullamore on the strength of one victory in their Division 1B campaign, which came against Kerry last weekend.

All-Ireland champions Tipp, who topped the Division 1A table with three wins, one draw and a defeat from their five games, will be strongly fancied therefore to advance to a semi-final meeting with either Kilkenny or Wexford.

However Tipp manager Michael says  "it certainly won't be entering our minds in terms of being favourites.

What will concern us is getting the right bodies on the pitch, getting a result and getting through. That's what's at stake for both sides and it's fifteen on fifteen, favourites how are you".

The venue was decided on a coin toss, and the throw-in at O'Connor Park is at 4pm. Cork referee Colm Lyons will be in charge.

The curtain-raiser at 2pm is the National Football League Division Three game between Offaly and Laois.

All of Sunday's quarter-finals start at 4pm. Galway entertain Waterford at Pearse Stadium, Salthill (a match that will be shown live on TG4), while Cork will play Limerick at Pairc Uí Rinn.

TG4 are showing deferred coverage of the Kilkenny/Wexford quarter-final, which will be played at Nowlan Park.

All of the quarter-finals, and the semi-finals, will finish on the day. If the teams are level at the end of two periods of extra time then free-taking competitions will be used to decide the outcomes.

In Sunday's Division 1A relegation play-off Clare will face Dublin at Cusack Park in Ennis, also at 4pm.