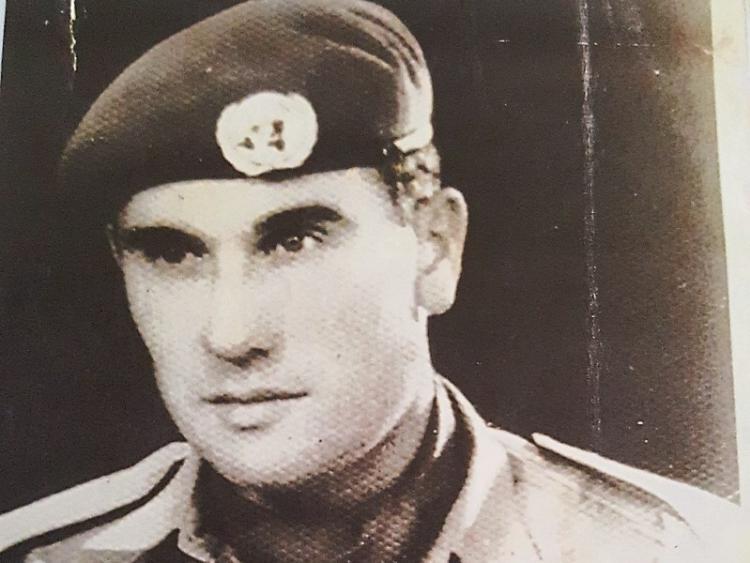 Tom Gunn as a young soldier

"We were 55 years without any word at all so it’s nice to be able to tell the aul story now," says retired Corporal Tom Gunn who was one of 155 men from A company who fought in the Siege of Jadotville in 1961.

Born in Kilvemnon, Mullinahone Tom was only 15 and a half when he signed up to join the Irish army after a three year stint training to become a Christian Brother in Dublin.

“If you were well fed and tall enough and could stop a bullet they signed you up,” recalls the former army medic who says he joined the army out of sheer necessity.

“I was too young for England and there was no employment around. It’s a thing I never wanted to do but circumstances alter situations as they say.”

After completing his army training in Clonmel, Tom headed west to Galway to enlist with the Irish speaking Battalion going on to be stationed with the Western Command. After training as a driver he met his wife Teresa and the pair were married in 1959. In June 1961 the 35th Battalion left for the Congo, Tom’s first time outside of Ireland.

“It was a completely different world altogether. The congo is as big as western Europe. It was the first time we saw a black man. It took us a while to get acclimatized to the humidity.”

“We were in an abandoned old farm and in fact me and my friend were sleeping in the pig sty. We had no mosquito nets, just our big woolly uniforms.”

On the morning of September 13 1961, the six day siege began. Tom recalls being in his tent and mistakenly assuming the gunfire was down to someone letting off a few rounds when he was mounting guard.

“Then I heard the return fire and everything clicked into place. I remember the chaplain going round giving conditional absolution, if you survived the battle you’d to tell them your confession.”

“When your afraid you do things faster and without thinking. The first few hours were strange. You never really think of death, you do what your trained to do.

“The nights were the worst. You couldn’t see your finger, you didn’t know what was beside you. Every noise was multiplied. If a mouse stirred you’d think twas an elephant or the enemy.”

"There was always hope that the men from B Company would get through to us so it kept us hopeful but they never did and we ran out of water first and then ammunition and then we had no other option only to hand in our arms."

“When we were taken we all shaved and put on our Sunday best and they paraded us through the town in trucks. Nobody said anything, the townspeople just gaped at us “are these the fella’s that were fighting for the last week.”

“The film is about 80 percent accurate. They took artistic license on a few things," says Tom indicating a thrilling shot from the movie where a helicopter carrying water is shot down. 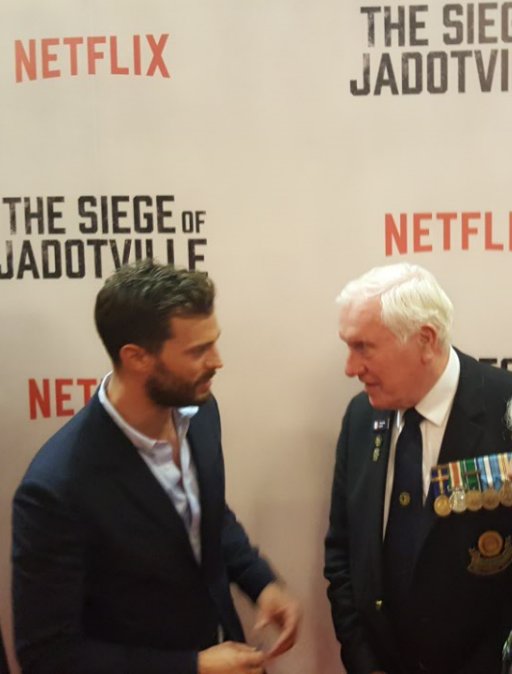 "It wasn’t shot down, it landed right in front of the trench I was in. I was one of the first out to try to drink the water but we’d to throw it all out as they’d never rinsed out the jerry cans so they were all oil.”

After opposing forces entered the Irish compound, all 155 soldiers were taken as prisoners of war for six weeks.

“We never spoke about it. I remember coming home to Mullinahone that December and there was no big fuss about us coming back, no one met us at the station except for our families. I left the army for a few years and I got a job. They all knew I was in the army but I never told anybody I was in Jadotville. I was nearly openly called a coward when I came back by some of the bar stool heros. 55 years is a long time to feel that way,” he says.

“We were awarded with our presidential citation in Atlone last month. The recognition is nice. There's only about 50 soldiers left out of the 155. We all had to be reintroduced again. 55 years is a long time not to see a man.”