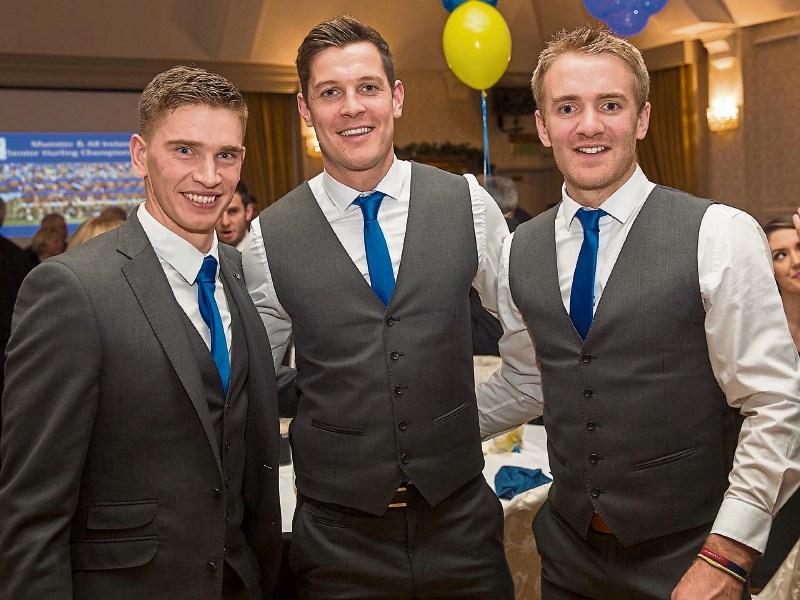 It was a special occasion for Tipperary hurling on Saturday night with well over one hundred medals given out to the county's Munster and All Ireland heroes.

And it was a fitting way to bring the curtain down on a memorable year that culminated in an All Ireland final day in Croke Park that's never to be forgotten.

In the Anner Hotel in Thurles were members of the Tipperary senior and minor panels that achieved a wonderful double on the day.

And the senior hurlers received a special medal for winning the title on the centenary of the 1916 Rising.

Both the seniors and minors also won in Munster.

Special guest on the night was another man who has brought fame to the county - champion trainer Aidan O'Brien who sends out thoroughbreds from his yard at Ballydoyle near Rosegreen to win top prizes across the world.

He told a packed attendance some of the secrets of his success - secrets that were obviously shared with the county's hurlers on this special year. 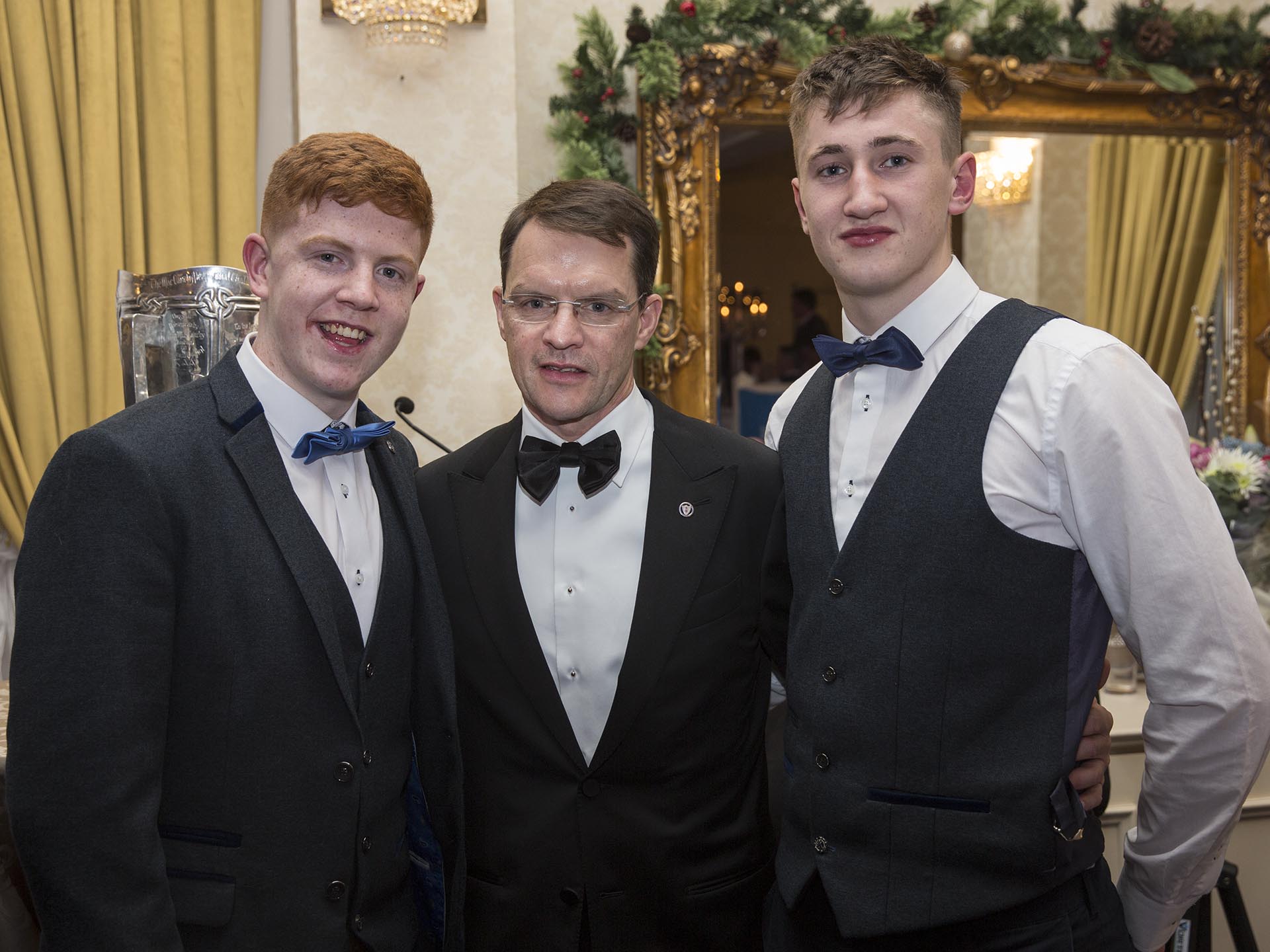 "We are never cofident of winning but we are always hopeful. If you are confident you are losing focus", he remarked.

And the unassuming O'Brien, who trained the first three home in the Prix de l'Arc de Triomphe this year, remarked that fear of failure is one of his main driving forces.

And the reaction to his words suggested that the attendance felt that failure isn't a word that can often be associated with the Ballydoyle maestro.

Tributes were also paid to the Tipperary senior and minor heroes by County Board chairman Michael Bourke; Munster Council chairman Diarmuid O'Sullivan; and Kilkenny County Board chairman Ned Quinn, who followed the usual protocol of the chairman of the losing All Ireland finalists attending the medal presentation of the winners. 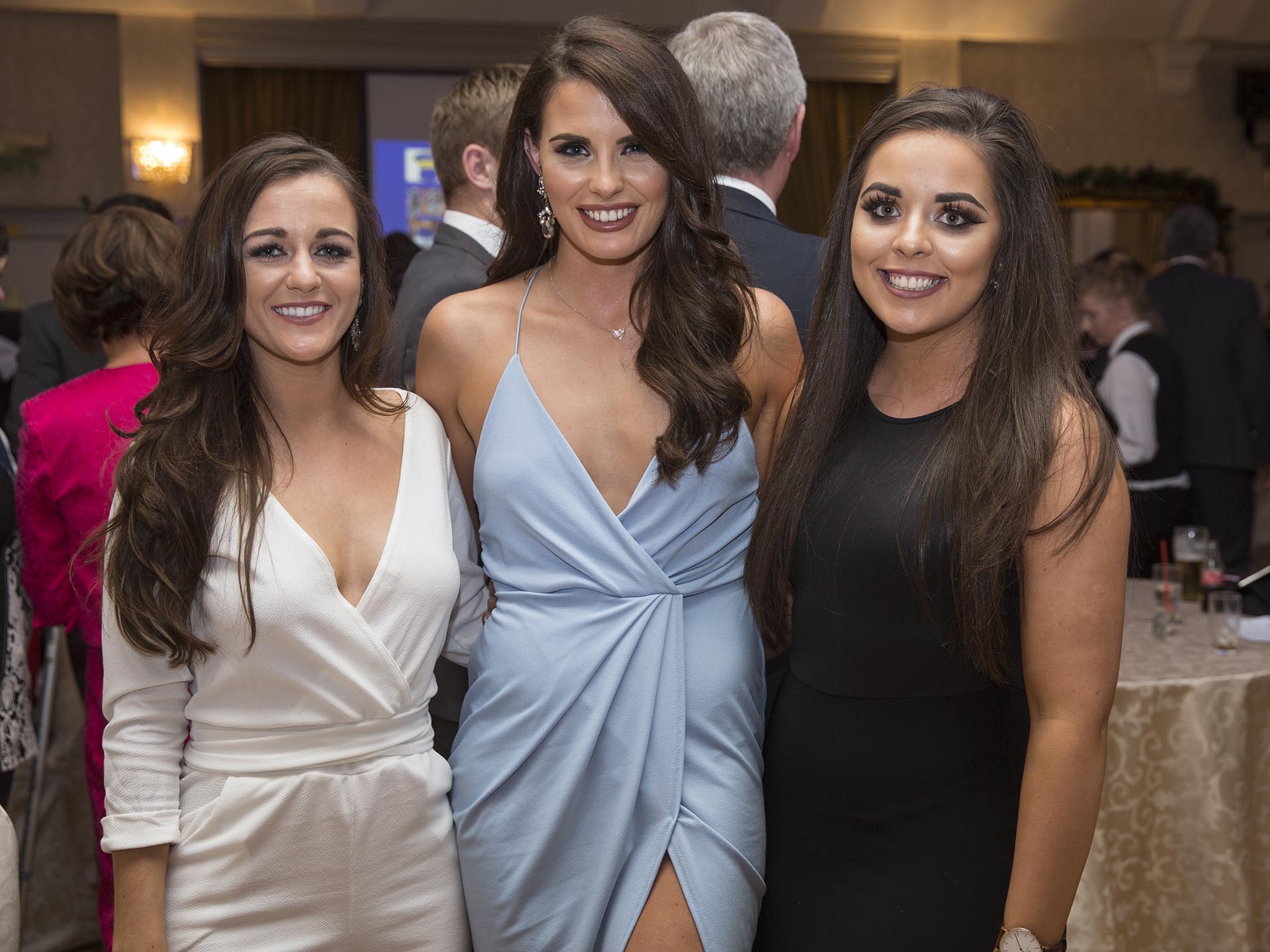 Three lovely ladies at the medal ceremony in the Anner Hotel.

Senior manager Michael Ryan, who was singled out for special praise, typically deflected it away by saying he was part of a four man managment team with Declan Fanning, John Madden and Conor Stakelum, and whatever was decided was agreed by the four.

Ryan said there was no greater reward for the four of them than to see what the players had achieved in 2016.

"With commitment and dedication, everything is possible and if you continue to dream you can achieve great things", he remarked.

And addressing the minors, he said he likes nothing more than to see young players champing at the bit to take the seniors' place. "It creates a great tension to have young players such as  you challenginig Seamie Callanan, Padraic Maher and others", he remarked.

Minor boss Liam Cahill struck a similar cord. "Will  you train on?", he asked his players. "Will you be the absolute best  you can be and be prepared to become a top player?"

The Ballingarry man paid glowing tribute to what they had achieved this year and how they had responded to what Cahill and his management team had asked of them.

County Board chairman Michael Bourke stated that  work ethic, commitment and dedication had reaped a wonderful reward for Tipperary hurling this year.

And he also paid tribute to the county footballers who had reached the All Ireland semi-final.

MC for the gala night in the Anner Hotel - with the huge attendance divided between two function rooms and linked by video - was County PRO Joe Bracken.