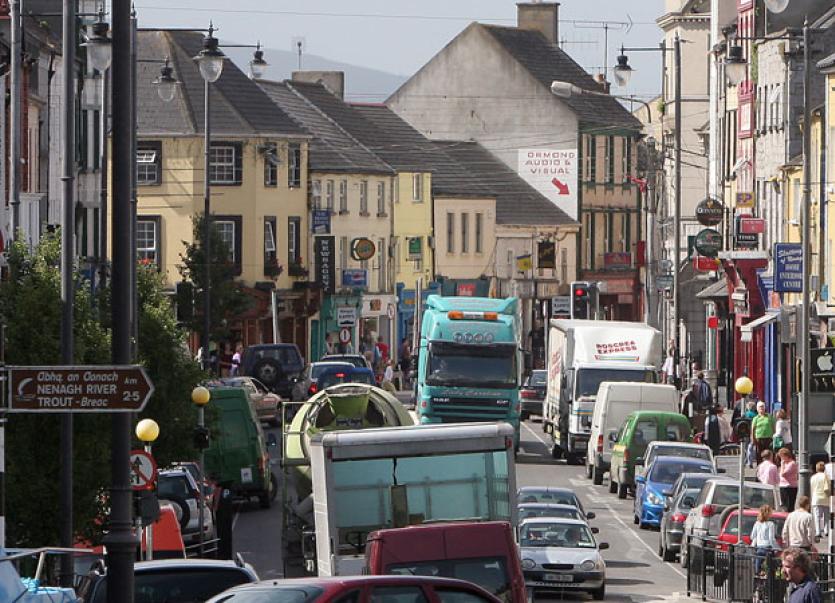 Nenagh town councillors want a traffic management plan to cater for major incidents on the M7 after the town centre was clogged last Friday following a crash that caused vehicles to be diverted away from the motorway.
The accident happened near Ballintotty when a lorry shed its load and led to long delays, which were described as "horrendous" at the January meeting of Nenagh Municipal District Council.
"There should be a rerouting system for lighter traffic," declared Cllr John Carroll. "The traffic was backed up as far as Islandbawn." Islandbawn is approximately two miles from the town centre on the old Dublin road.
The Fianna Fail councillor said there was a need for better co-ordination between the Gardai and Transport Infrastructure Ireland (TII) when such emergencies occur.
"People were patient, but there is a need for joined up thinking between all the services," said Cllr Hughie McGrath.
The Independent councillor said that if two or three Gardai were directing traffic, things might have moved on.
"The TII has a responsibility when putting in diversions, and we need a proper traffic management plan" he said.
Nenagh district manager Marcus O'Connor said there was a plan in place and the council was lucky that the old N7 was still in use.
"Luckily, there was no fatality, but it shows what the traffic would be like if we didn't have the motorway," he said.
Mr O'Connor pointed out that the Gardai tended to be at the accident scene and that was an operational matter for them.
He told Cllr McGrath that it would not have been possible to stop the current pipe laying work in the town centre to help traffic flow as there were trenches dug in Stafford Street.
However, he agreed that the council could look at areas where there were temporary lights in operation. On the day of the accident there were temporary lights outside Nenagh Hospital at Tyone.
Mr O'Connor also stated that it would not have been possible to turn off the traffic lights at the Kenyon Street / Pearse Street junction as there was too much traffic coming through the town and there would be no preparations to allow pedestrians cross the road.
"Getting rid of the traffic lights is the single selling point of the Nenagh Traffic Management Plan," Mr O'Connor pointed out.
However, he agreed to look at a suggestion from Cllr McGrath to train the town's traffic wardens in how to direct traffic when such a need arises.