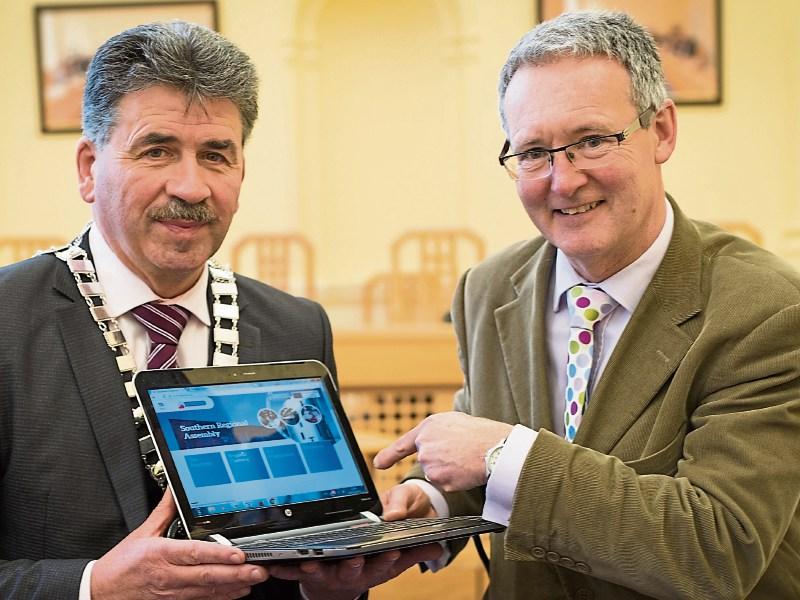 The Southern Regional Assembly, which was set up in 2014 under Local Government Reform, has launched its own website.

The assembly is made up of eight regional authorities and looks after Ireland South EU constituency. It sits in Waterford.

The Mid-West Regional Authority, which catered for representatives from North Tipperary, is now part of the assembly, which has actually being functioning for the past 17 years.

The assembly manages, and delivers European funded programmes. In the past year or so it has taken on new responsibilities and the website is set to reflect its new regional planning role and to provide a source of information about the work of the assembly.

At the website launch, Stephen Blair, director, said: “We recognise the need to communicate better with the public on the work that the Assembly is doing. A new and updated website is one of the important tools, linked to other social media channels, that we can use to reach a wider audience.”

Kerry's Cllr Michael O’Shea, assembly Cathaoirleach, recognising the value of the EU programmes said: “We are proud to be associated with such a broad array of successful projects. The funding provided, taps into the talent, energy and possibilities that abound in our region, they deserve to be broadcast to as wide an audience as possible.”

There are 33 members of local authorities on the assembly, with Cllr Mattie Ryan, Cllr Hughie McGrath, Cllr Micheal Lowry, Cllr Joe Bourke and Cllr Michael Murphy representing Tipperary. Cllr Murphy is also the leader of the Irish delegation on the EU Committee of the Regions in Brussels.

To view the work of the assembly log on to www.southernassembly.ie