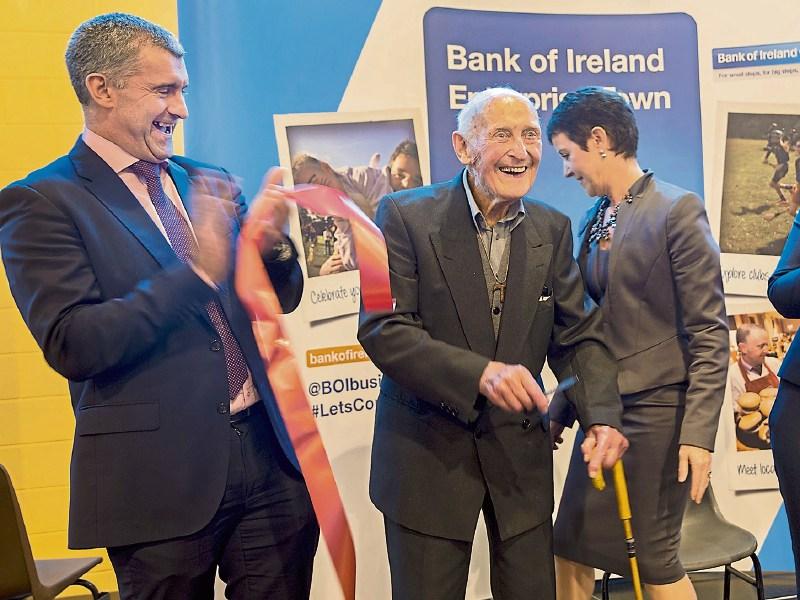 There was a large attendance on Friday evening last at the Loreto Secondary School for the Bank Of Ireland expo Enterprise Town, with 140 exhibitors from all sectors of business and community represented.

"The atmosphere was electric and it was inspiring to see so many businesses and community groups coming together to showcase Clonmel", says Rene Duggan, Bank of Ireland branch manager in Clonmel. 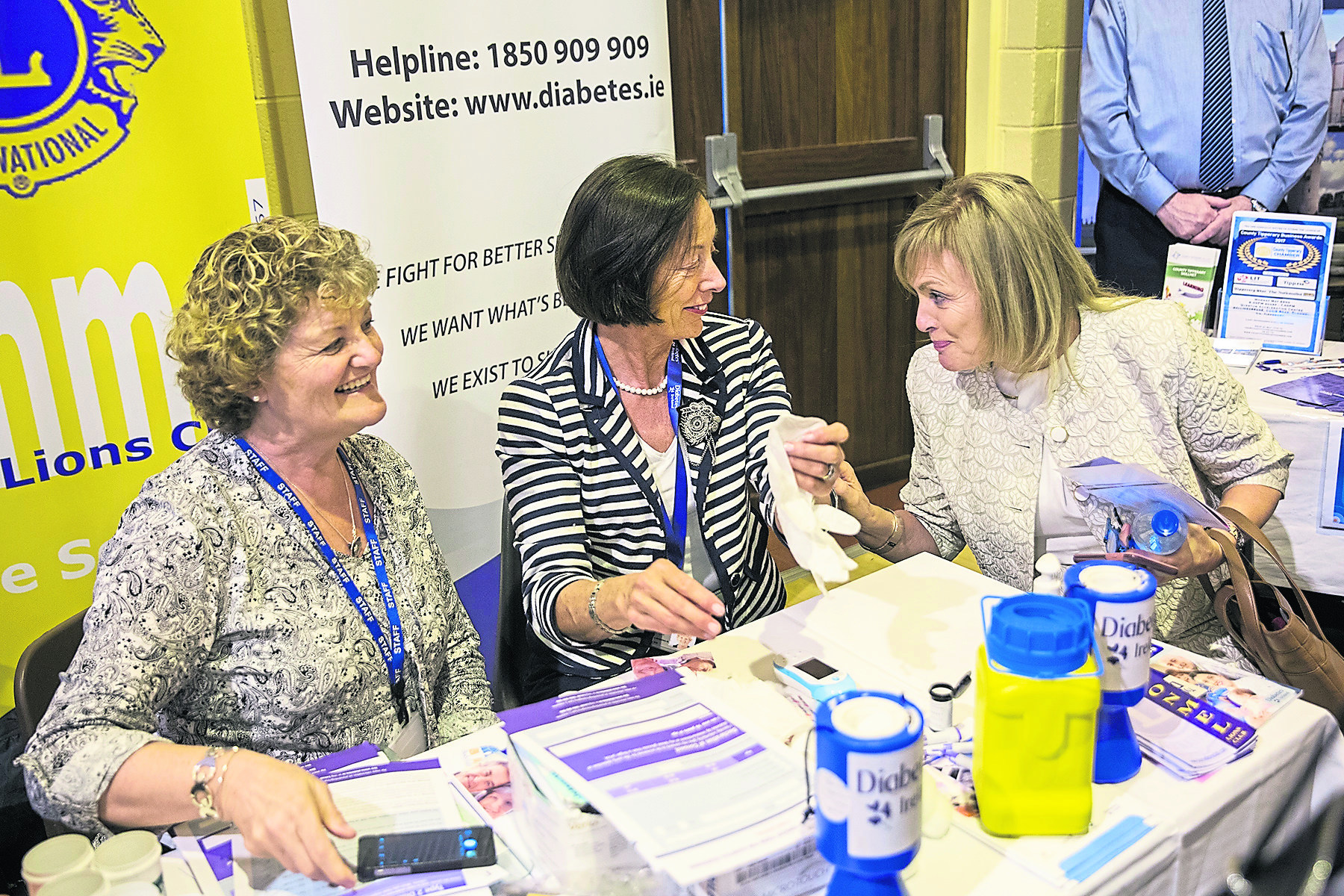 "The amazing display of community spirit showed why Clonmel is such a great place to live and do business", she said.

Rene Duggan delivered the opening speech and the ribbon to officially open the expo was cut by 101 year-old John Walsh.

John expressed his gratitude and said he “felt honoured to be chosen for the role". He explained that it was emotional for him to revisit the Loreto school, as his two daughters were educated there.

The opening performance of “Bring Him Home” by Yvonne Murphy of the Loreto School was very well received.

The performance by Dayl Cronin of Dancing With The Stars fame and the On Your Toes Dance Academy was spectacular and energetic.

She visited a large number of stands and was blown away by the high standard of all exhibits, as well as the friendship and welcome extended to her by all.

Saturday was also a huge success, with over 80 exhibitors and representation from business, community and all sports clubs. 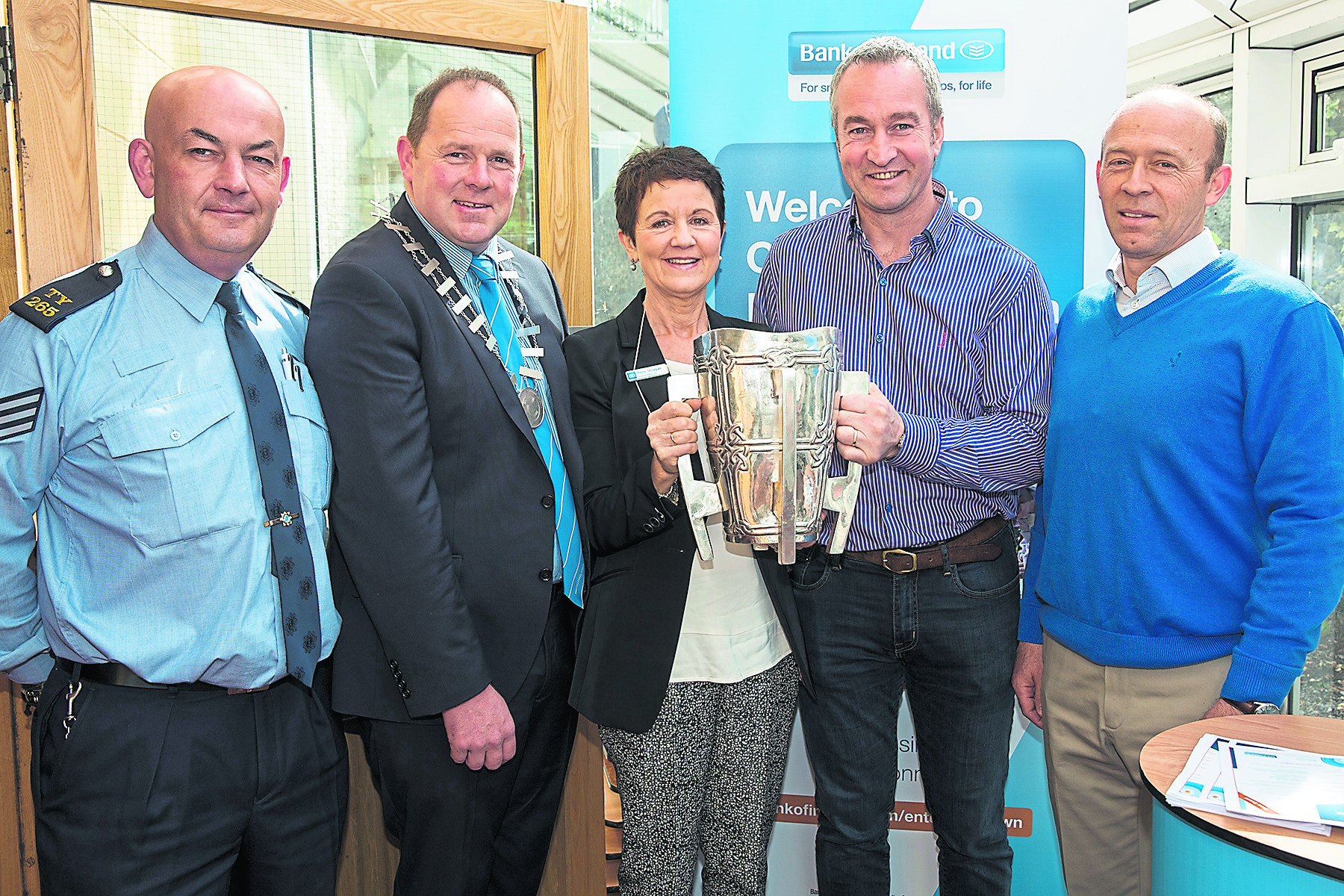 JW Productions opened with Music from West End Shows and Sports Panel discussions followed, with representation from all the local secondary schools.

A performance by the Clonmel Majorettes was followed by Andrew Laste, EMTS and Red Cross, with some very valuable and educational First Aid demonstrations, including CPR. The closing music was performed by Third Wheel.

"The atmosphere throughout the two days was electric, with a great air of positivity and requests for a further similar event", says Rene Duggan.

"There was great networking between businesses, with a large number of referrals for our local business community", she added.

There was also fantastic entertainment for all including children with face painting and Uncle Mike's Pet World, where the tortoise was a big hit with young and old alike.