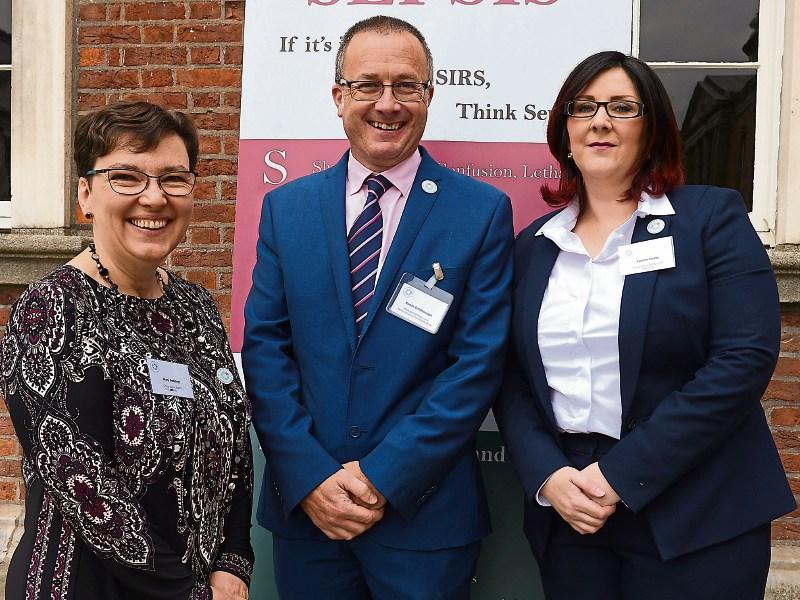 Better recognition and treatment has seen sepsis associated hospital mortality decrease by 30 per cent in Ireland over the last five years.

The national sepsis mortality rate – at just under 20 per cent - means Ireland compares well to other OECD countries.

Sepsis, commonly referred to as “blood poisoning”, is a severe infection affecting the whole body.

It can cause serious illness and even death.

The life-threatening condition arises when the body’s response to infection results in organ dysfunction or failure.

Anyone can develop sepsis, but it is more likely to develop in babies, frail elderly people, those with catheters, intravenous devices such as drips or people who have had surgery or who are receiving treatments which weaken the immune system

As part of World Sepsis Day 2017, Wednesday, September 13, staff at UL Hospitals are raising awareness amongst healthcare workers and the public on how to recognise and manage sepsis.

The National Sepsis Programme recommends that patients with high-risk signs and symptoms who have an infection are treated in an urgent manner and screened for sepsis, giving every patient who presents with or develops sepsis the best opportunity to survive and to have the best outcome possible.

“Early detection and treatment gives the patient the best possible chance to survive sepsis, to have the best outcome and best quality of life possible afterwards. “

Sepsis management is most effective when started early, however, early stage sepsis mimics a number of other conditions and the presentation is often influenced by the triggering infection and the general medical health of the patient.

“Symptoms can vary and a patient information leaflet is available on the HSE website, www.hse.ie/sepsis but things to look out for include shivering, high temperature, fast heart rate, confusion and inability to pass water for 12 hours.

“A characteristic non-blanching rash, like that in meningococcal sepsis and mottling of the skin can also occur.

“In children and young adults, leg pain or inability to stand up may occur.

“Babies may be floppy, not feeding, crying weakly or not at all and have dry nappies,” added Ms Young.

“Sometimes people might present to us too late; they may have multiple co-morbidities or the bug that is causing the infection may be too virulent.

“But early intervention is vital, that’s why education and awareness is key – for health workers and for members of the public.”

“If your loved one has an infection that is getting worse and they are not behaving normally, seek an urgent medical opinion,” recommends Ms Young.

A new focus on sepsis following the establishment of a national clinical programme in 2014 has seen greater awareness and vigilance among hospital staff.

There is an ongoing sepsis education programme at UL Hospitals Group, in addition eight-hour study days are held for staff across the Group twice a year and there is a plan to re-establish a maternity specific sepsis study day.

The Sepsis e-learning education programme is now mandatory for all medical interns at induction and all new nursing staff now receive sepsis education on induction.

“Clinical decision support tools in the shape of sepsis forms that we introduced in 2016 represent increased recognition and awareness and were part of the reason why we saw a 43 per cent increase in reported sepsis cases across the group last year. That increase was expected, it is mirrored nationally and it is reassuring to see it”, explained Ms Young.

As part of this week’s awareness campaign, UL Hospitals Group is welcoming Dr Vida Hamilton, HSE National Clinical Lead for Sepsis to Grand Rounds this Friday at UHL and to Ennis Hospital for a staff education session on sepsis.

UL Hospitals Group, as part of a series of upcoming public lectures under its Healthy Ireland programme, is inviting members of the public to the Clinical Education and Research Centre (CERC) at UHL on October 17, to find out more about sepsis. Further details of this event will be announced in due course.