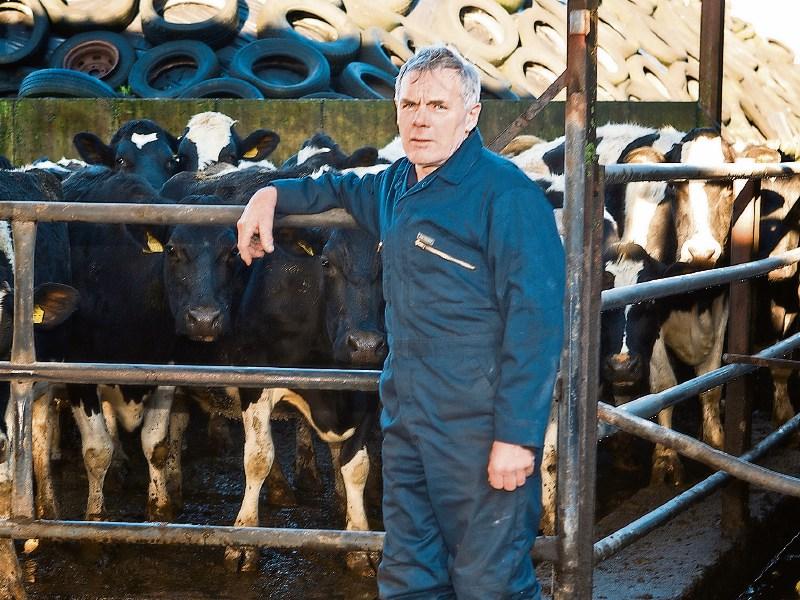 Dairy farmers in the Premier County were left reeling this week with the announcement by Glanbia that it is to cut milk prices for February by 3cpl to 32cpl.

The cut comes following severe difficulties caused by Storm Emma and the heavy snowfall of two weeks ago.

With Tipperary supplying 15 per cent of milk produced in the State, the cut will be keenly felt in the local economy, and more so if other co-ops follow Glanbia's lead. Co-ops are due to meet in the coming days to decide milk prices.

It is estimated that every €1 earned by the farming community is multiplied by a factor 1.8 in the local economy, and this will have a negative effect for contractors, tradesmen, feed merchants and other suppliers and retailers.

Reacting to the news, ICMSA milk chairperson Gerald Quain said the cut was in sharp contrast to Glanbia's “low and slow” policy of price rises when the dairy markets were strengthening and surging.

He also said that Glanbia's 1cpl adverse weather bonus should be part of the milk price and not classed as a bonus.

"The February payment was the first decent milk cheque of the year for most farmers and the Glanbia decision represented a significant blow to farmer confidence as they headed in Q2 and peak production months," said Mr Quain.

IFA has also criticised the cut, with its national dairy chairman Tom Phelan describing the cut as "extremely disappointing".

Farmers had just gone through a long, cold and wet winter, only to experience an extremely late spring and the most severe snow storm in a generation right in the middle of the 2018 calving period, he said.

“Farmers will be all the more disappointed as February milk volumes will be low because of challenging production conditions, and supporting farmers in this difficult period would not have been overly onerous on Glanbia. Board members must reflect on this," said Mr Phelan.

While acknowledging that market returns were more challenging, he said that farmers had just lived through a horrendous long, wet and cold winter, a very late spring, topped by the most severe snow storm since 1947.

Glanbia offered farmers 20cpl for lost milk as a result of collections not being made due to Storm Emma, if they were not covered by insurance, but Mr Phelan said: “It is a shame that the goodwill created by Glanbia’s hard work and quick action during the snow storm will now be all but wiped out in farmers’ minds."