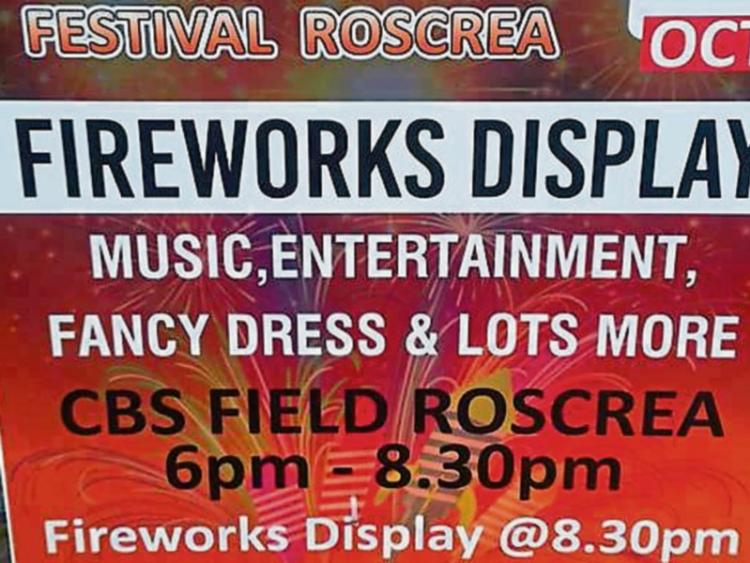 Roscrea is to host an explosive fireworks display on Halloween night, in the CBS Field, from 6pm to 8.30pm.

The fireworks display will commence at 8.30pm.

1) That the footpaths in the estate could be repaired & in some cases new ones put in.

2) The lane from number 1 - 18 could be the same as every other lane in the estate with tarmacadam.

3) The road at the middle entrance for resurfacing works as it's in a deplorable state.

4) Where there are currently gates/ poles that they could be fixed and to install gates on other lanes that have not been done.

5) In other estates you have signs with the numbers of houses on it. I'm told that funding was provided for that and it's in the pipeline.

6) I was asked by a concerned resident could a footpath be installed at the top entrance as you have to walk on the road which is not very safe. “I have asked some months back about this but funding was the issue I was told. I think that safety of the public should come before funding at all costs so I'll keep on to it. All of the above are concerns for residents and I give my commitment to keep working on them to bring it to a reality at some point,” concluded Mr Lee.