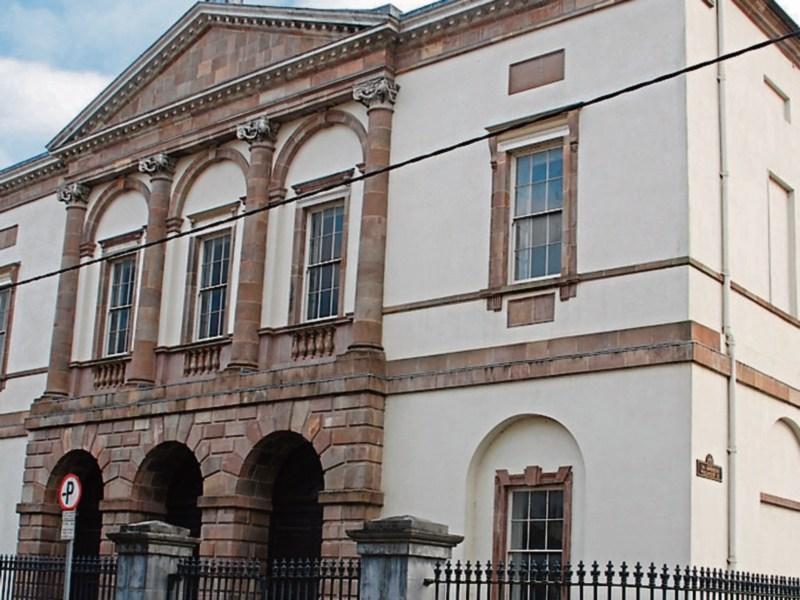 A 19 year-old woman, who acted as a "lookout" as her boyfriend armed with a knife  held up a Clonmel  store,  has been sentenced  to 60 hours community service in lieu of a 12 month prison term.

Judge Tom Teehan imposed this penalty on Danielle Le Blanc of 38 Fairfields, Clonmel, who pleaded guilty at Clonmel Circuit Court to attempting to rob the Late Late Food store at Irishtown, Clonmel on November 18, 2017 and also stealing  €50 from a car parked at  St Mary's Church Car Park the same night.

As he sentenced Ms Le Blanc, the Judge praised Late Late Foodstore owner Michael O'Keeffe for  bravely challenging the  robber, who has yet to be sentenced by the court.

Sgt. Kieran O'Regan gave evidence that a man entered the Late Late Foodstore at 7.03pm on November 18, 2017 and produced a large kitchen knife with the intention of obtaining the contents of the shop till. Mr O'Keeffe challenged the robber and refused to hand over the till  contents.

In response to questioning from defence barrister Suzanne Gorey, Sgt. O'Regan agreed Mr O'Keeffe took hold of a metal bar when the robber aproached him. The man fled the store and Mr O'Keeffe contacted Clonmel Garda Station. Gardai were immediately sent to the scene and CCTV footage was obtained.

Sgt. O'Regan said Danielle Le Blanc remained outside the store during the incident  and acted as a lookout.  She carried a change of clothes for the co-accused and also advised a customer not to enter the store as a robbery was under way.

Twenty minutes after the attempted robbery, an off-duty garda rang Clonmel Garda Station to report two people breaking into a car in Irishtown. The description and age of the two people fitted that of the attempted robbery suspects. Gardai arrived at St Mary's Church Car Park and arrested Le Blanc and the co-accused. The €50 cash taken from the car was recovered.

Sgt. O'Regan said Le Blanc told gardai the  co-accused was her boyfriend at the time  She identified both of them   on CCTV footage of the store.

She admitted "keeping sketch" while her co-accused attempted to rob the store. When her boyfriend left the shop, they ran in the direction of Miss Ellie's Chipper.  In relation to the theft from the car, she said they saw a bag of coins in the car. Her boyfriend got a rock and threw it at the car window and took the coins. She didn't take anything.

Ms Le Blanc was apologetic and told gardai she was a chronic heroin addict and needed the money for drugs. She stated that she  was "out of it" at the time they went to the shop.

Sgt. O'Regan read Late Late Foodstore owner Michael O'Keeffe's victim impact statement to the court.  Mr O'Keeffe outlined that the robbery was very frightening and the experience made him nervous of working in the shop at night for a few months.

He suffered from flashbacks of the incident anytime someone came into the shop wearing a hoody covering  their head. "I think it's (the robbery) going to happen again. I have to put it to the back of my mind," he said.

Mr O'Keeffe accepted a letter of apology Ms Le Blanc sent to him. He said it appeared to be genuine though he noted it didn't change what happened that night.

Sgt. O'Regan said the owner of the car Seamus Lyons also accepted Ms Le Blanc's letter of apology on the basis  she was no longer abusing drugs.

Defence barrister Suzanne Gorey BL said her client was "mortified" by her involvement in these crimes and had brought to court €150 compensation for Mr Lyons even though she didn't  break  his car window.

She said Ms Le Blanc told gardai  she and the co-accused were homeless and sleeping rough at the time. She submitted that all her client's offending was due to her drugs addiction and her inter-action with the co-accused, who was her boyfriend for a period of over a year.

The barrister outlined that a Probation Report on Ms Le Blanc described the strenuous efforts she  has made to address her drugs addiction, which she has battled since the age of 15.

She commenced treatment for her addiction less than a month after these incidents and was living in an Aiseiri funded halfway house since January of this year and commenced another part of her treatment.

She was engaging with many different service daily, attending Narcotics Anonymous three days a week and doing a healthcare assistant training course. She was  free of drugs and alcohol and the Probation Service assessed her as presenting a low risk of re-offending. This was a rare assessment for a person with addiction problems and highlighted how much she impressed the Probation Service.

"She is fully focused on her recovery and progressing her work opportunities. She is adamant she wasn't acting in her right mind at the time of her offending,” Ms Gorey argued.

She also  said  Ms Le Blanc had certain medical difficulties and required emergency surgery in 2017. Her self esteem suffered afterwards, which led her to abuse alcohol and drugs more

Judge Tom Teehan said this attempted robbery where a knife was wielded was a frightening experience for Mr O'Keeffe who was the victim of similar crimes in the past.

In addition to praising Mr O'Keeffe's bravery, the judge commended Mr O'Keeffe and Mr Lyons for their  "generosity of spirit"  towards Ms Le Blanc's apology.

Judge Teehan said she clearly performed a far lesser role in this joint enterprise and an important factor in her behaviour was her  addiction to a very serious drug that has brought huge misery in our society.

He  took into account her early guilty plea, co-operation with gardai, apologies to the victims, the compensation she paid,  her clean record  prior to these offences and the efforts she made to rehabilitate almost immediately afterwards. He was very impressed by her  progress  since committing these offences and the favourable Probation Report.