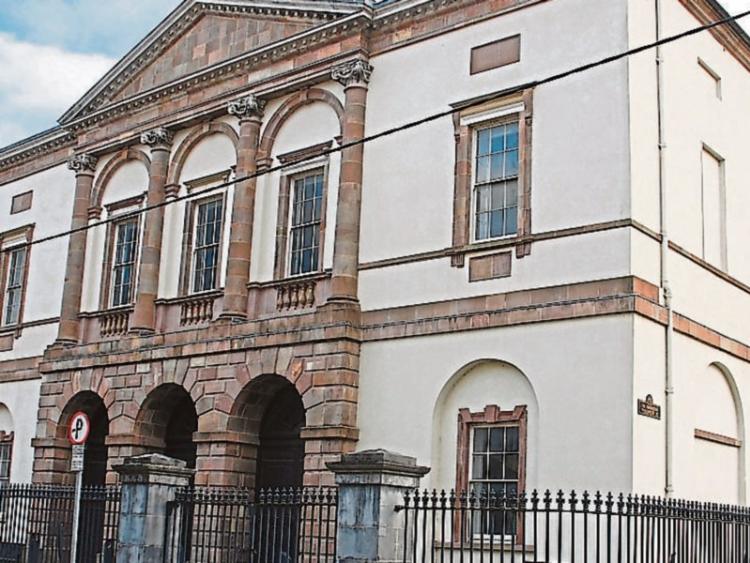 The case of a 21 year-old Carrick-on-Suir man convicted of assaulting and threatening to kill a garda, has been adjourned until the end of this month while a circuit court judge considers whether or not to jail him for two years.

At last Thursday's sitting of Clonmel Circuit Court, Judge Tom Teehan imposed a seven year jail term with the last five years suspended on Gavin Lyons from 15 Glenview, Carrick-on-Suir for threatening to kill or cause serious harm to Gda. Paul Cronin on February 11, 2018

A concurrent six month prison term was imposed on the defendant for assaulting Gda. Cronin at the Kilheffernan Roundabout on the N24 Carrick to Clonmel Road on the same date. Mr Lyons pleaded guilty to both offences.

As the McDonalds worker faced the prospect of starting a two year prison sentence, his barrister Edward O'Mahony BL made a last ditch plea to Judge Teehan not to jail his client and instead adjourn the case for a lengthy period.

The Judge agreed to adjourn the case until June 25 to consider Mr O'Mahony's plea.

Earlier at the hearing Sgt. Kieran O'Regan outlined the events of February 11 last year that brought the young Carrick man before the court.

He said Gardas Ger Morrissey and Paul Cronin found Mr Lyons standing in the middle of Bridge Street, Carrick-on-Suir shouting obscenities at approximately 3.20am on this date. He had taken off his t-shirt. He verbally threatened Gda. Cronin. He called him a "fat c**t" and said he was going to rape and murder his wife and mother. This threat was repeated a number of times.

The gardai directed him to leave the area but he refused to do so and was arrested. He was placed in the back seat of the patrol car and brought to Clonmel Garda Station.

At the Kilheffernan Roundabout, Sgt O'Regan said Mr Lyons lunged at garda Cronin, who was driving the patrol car,  and headbutted him in the side of the head. Gda. Morrissey tried to restrain Mr Lyons who kicked Gda. Cronin in the back of his shoulder.  Gda Cronin's head struck the driver's window and he lost control of the patrol car momentarily causing it to cross the centre line in the road until he regained control. Mr Lyons threatened that he was going to kill Gda. Cronin and called him a "fat pr**k".  When the patrol car reached Clonmel Garda Station, several gardai had to assist gardas Morrissey and Cronin in removing Mr Lyons from the car because of his aggressive behaviour. He continued to be aggressive and unco-operative until he was released from custody.

Mr Lyons had no previous convictions and hadn't come to the attention of the gardai since this incident, the sergeant added.

Sgt. O'Regan read Gda. Cronin's victim impact statement to the court. The statement described how Gda. Cronin feared for his safety and the safety of his pregnant wife because of the threats made by Gavin Lyons.  He couldn't tell his wife about the threats while she was pregnant in case it affected their unborn child and this caused him a lot of stress. When he did eventually tell her, she was very supportive.  He recounted waking up in the middle of the night believing someone was in the house and checking the doors and windows. When his wife left the house he made sure she had her mobile phone with her. He also described increasing security at their home.

Gda. Cronin said he underwent physiotherapy for his injured shoulder and also counselling over the incident, which had left him feeling nervous and anxious and affected his self-confidence.

He said the assault and threats left him questioning his future in the gardai. "I have never been threatened and assaulted in such a way. I don't know how I was able to keep control of the car to keep me from crashing into the ditch. I believe he (Lyons) intended to crash the patrol car. We are very lucky that no one died that night."

Sgt. O'Regan informed the court Gda. Cronin only came off sick leave just days before the court hearing and is no longer based in the Clonmel Garda District. "I believe he doesn't want to work in Carrick-on-Suir again."

Defence barrister Edward O'Mahony said his client wrote a letter of apology to Gda. Cronin and he pleaded guilty at a very early stage.  He explained this incident was fuelled by his client's abuse of alcohol and drugs and it was a significant wake up call for him.

He submitted a letter from the Suir Valley Community Drug Initiative where Mr Lyons was still attending counselling for his addiction problems.

The barrister also submitted a letter from Niall Ryan of Carrick Davins GAA Club where Gavin Lyons has volunteered during his spare time.

He submitted there was no evidence Mr Lyons knew Gda. Cronin had the relations he referred to in his threats and much less that he knew where they lived. He suggested Gda. Cronin could have been wearing a wedding ring. He understood Gda. Cronin suffered other incidents in the course of his duty as a garda. Sgt. O'Regan responded that he believed there had been a previous incident. The barrister suggested Gda. Cronin's problems where the result of the accumulation of effects of other incidents in his work not just the one involving his client.

Mr O'Mahony also argued that it couldn't possibly be the case that a kick from Mr Lyons was designed to make the patrol car crash. Referring to the Book of Evidence, he said it was Gda. Morrissey who received the kick and it caused Gda. Morrissey to hit off Gda. Cronin.

Gavin Lyons' mother Christina went into the witness box and said her son went through a rough patch when a close friend of his died from drugs about two to three years ago.  He took it very badly. She said she threw him out of the house the night before the incident happened because of his drinking and drug abuse.

But she pointed out her son had "turned a page" since the incident with Gda. Cronin. He was a lot better since he got a job in McDonalds and was trying to make amends with her and the rest of his family. "I think he got a fright with what happened to Gda. Cronin," she said.

She appealed to the judge not to send Gavin to jail as it would be very upsetting for his younger siblings. Gavin promised her he would be good and stay in his job and get on with his life.

"I am sorry too for his behaviour. I didn't rear him to carry on like this, " she added before thanking the judge for listening to her.

Gavin Lyons also went to into the witness box and said he was deeply ashamed of his actions and very sorry for what he did. "I wish none of this happened.  I know I shouldn't have done what I did and said what I said. I was a stupid fool. It was the first time I ever got in trouble and the first time I was arrested. I am trying to change my ways. I just want to get on with my life."

When asked why did this happen, he said his mother told him to leave the house and he made the wrong decision to drink.

Mr Lyons confirmed he was no longer consuming alcohol or drugs and promised to pay every penny of the bills Gda. Cronin incurred because of his behaviour.

Mr O'Mahony appealed to Judge Teehan not to send his client to jail. While this case was serious and significant, it was one that could be dealt with with a non-custodial penalty in view of the mitigating factors.  He assured the judge, his client would not come before the court again.

Judge Teehan said it was difficult to adequately convey how vile was this physical and verbal attack on Gda Cronin and he considered the offences Mr Lyons committed to be at the very highest end of the scale of such offences.

"It wasn't just a few words. These vile threats on Gda. Cronin and his wife and mother were absolutely reprehensible. They have had a profound effect on Gda. Cronin since this incident. It seems to be he feels he can't resume work in this Garda district."

The Judge pointed out the incident appeared to have affected every aspect of Gda. Cronin's life. He took account of the fact there were other incidents but this one in particular triggered huge life changing effects, which may well continue well into the future.

He noted Gda. Cronin suffered significant financial loss but it paled in comparison to the psychological effects he suffered.

In view of the severe impact of the incident on Gda. Cronin, he gave credit for the early guilty plea and Mr Lyons' apology.  He took into account, his previous clean record, the steps he was taking to overcome his addiction problems and his volunteering work with Davins GAA Club.

Judge Teehan also said Mr Lyons mother impressed him very much and he was satisfied the defendant came from a good family.  He also noted the tragedy he experienced but weighing up all the factors, the Judge concluded it would send entirely the wrong message if such behaviour were to go unpunished by not imposing a custodial sentence.

Mr Lyons entered into a bond to keep the peace and be of good behaviour and engage with counselling services during the five year period. He imposed a concurrent six months jail term for the assault offence.

But Mr O'Mahony urged the Judge to postpone the imposition of the jail term and requested he  find an "alternative way of marking his displeasure with his client". He suggested adjourning the case for a significant period in view of the fact his client has just obtained a job.

Judge Teehan remanded Mr Lyons on continuing bail as he adjourned the case to the Circuit Court sitting of  June 25 to consider Ms O'Mahony's appeal.