Nenagh couple with two autistic children get a new home 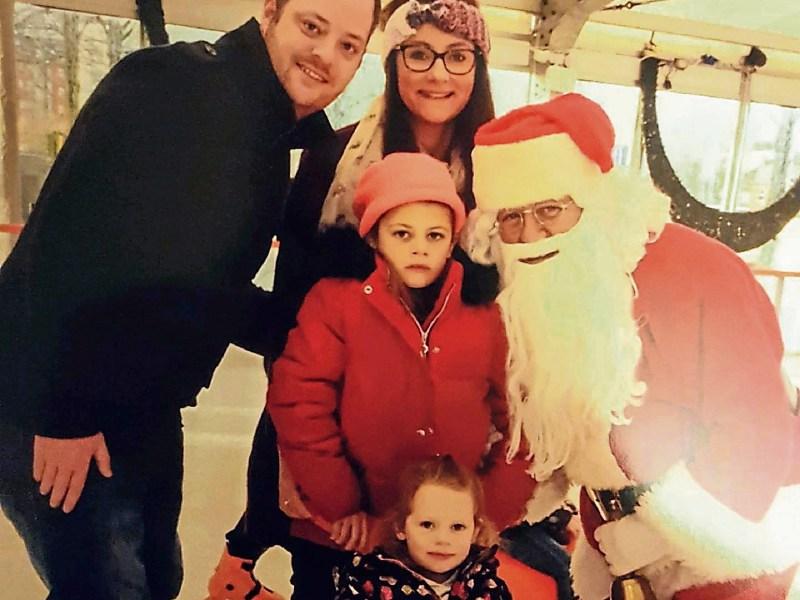 Housing joy: Laurna Deane, Nenagh with her husband Christopher and children Lexi and Robin, who were given the keys to a new home after it emerged they faced being left homeless

A Tipperary couple who have two autistic children are celebrating this week after they got word that they are to get a new home.

Laurna Deane, her husband Christopher and their two children Lexi, 8 and Robin, 5, faced being homeless this Wednesday as their landlord needed to take possession - for legitimate reasons - of the home they rent in Nenagh.

They has been in the house on the outskirts of Nenagh for the past three years, and Lexi attends Puckaun National School.

Lexi has moved eight times in her eight years.

Laurna, 31, who is currently housed by Tipperary County Ccouncil under the Rent Accommodation Scheme (RAS), had been searching for three months for an appropriate house, even using social media to try locate a property.

She had sent the council a social worker’s letter saying that all that change was not good for autistic children. They need stability.

Laurna said that they had offered to do the renovations themselves to any house the council could accommoddate them in, but the Council said it couldn’t do this for insurance reasons.

“We are a family of four with two children with special needs so we couldn’t just land on family or friends,” she said.

“We were at our wit’s end, but thankfully we got word on Friday that I would get the keys to a house on Monday.” Laurna said.

The news was welcomed by Fianna Fáil general election dandidate Sandra Farrell, who had raised the family’s plight with the council. She thanked all those, including Ms Deane’s landlord, who worked so hard to help the family avoid becoming homeless.

“It is shocking that there are approximately 13 council houses in the Nenagh area that are empty because they are need of refurbishment. While I welcome Laurna’s success in getting a house at the eleventh hour, no family should be put through the trauma that this 31-year-old woman and her young family has had to endure for the past few months,” said Ms Farrell.

She said that it was also not acceptable that Lexi should have had to move eight times in eight years.

“Moving eight times in eight years is not good for any child let alone an autistic child, ” said Ms Farrell.

She said that Laurna’s case underlined the need for local authorities such as Tipperary County Council to be given more funds from central government to refurbish empty council house.