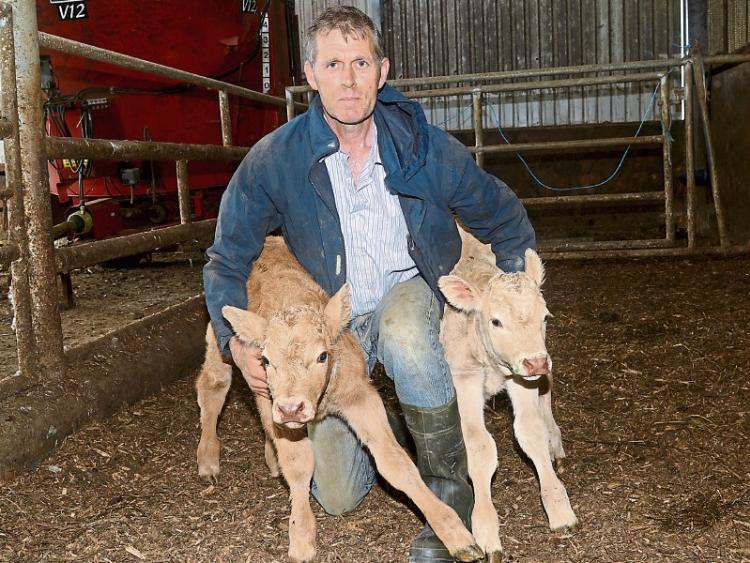 David Clarke: It is demoralising to strive to improve standards and then not to get paid for it

The cause of the current crisis facing beef farmers could not be more clear to Thurles farmer David Clarke.

“The factories and the retailers have a complete stanglehold on the whole beef enterprise,” says the Cabragh farmer who has a pure bred Angus herd as well as sheep.

Saying farmers are price takers because there is no competition, he outlines how he must book his cattle into the factory up to six weeks in advance - with no guarantee of the price he will receive.

“I had to laugh to myself when I just thought I had to book my under 16-month-old bulls into the factories a month or six weeks in advance to make sure I was guaranteed that they would take them. But I had no agreement on price,” says David.

And this is just one of the aspects to the current crisis that has led to it taking a mentaland physical toll.

While he admits he has been insulated somewhat on the income side because he also is an AI technician, he says: “It has affected me. You don’t have that same enthusiasm.”

David is part of the genome programme and supplies information back to the Irish Cattle Breeding Federation, always trying to improve his returns, but it would seem, to no great advantage.

“We have been conditioned into improving the quality of our stock over the years. For the likes of me - I am an AI technician, too - I have been constantly using AI and trying to use the better bulls and operating in close contact with ICBF with regards the genome programme. I would be really trying to push and get accurate figures as regard animals calving and their general performance and daily live weight gain. I’d be trying to feed back accurate information to improve our returns but what is demoralising is when you don’t get paid for it. That is the frustration,” says David.

But, he says, he may be forced to castrate more male animals because the factory is telling him they are only offering so much and young bulls are not what they want.

Among the reasons he see for causing the crisis in the industry are the ending of quotas, the availability of poor quality beef and the fact that the industry is heavily subsidised, giving the processors a stranglehold over price.

“This beef crisis has evolved because there is such a large percentage of beef farmers have off farm income or their spouses have the income and they are helping to carry them. It is a heavily subsidised enterprise and that is why it has evolved to this stage. The likes of the factories and retailers are using the the present system to their own advantage. Whatever schemes are brought in whether it be subsidies or whatever, they are leaving themselves open for manipulation. The factories have their own feeedlots so they can control and they have access to the ICBF website and you have the 30-month scheme and the un der 16 month bulls and they know what volume is there,” he points out.

There is also a number of regulations dealing with when factories will accept cattle and under what conditions, as he outlines: “I missed this 16-month deadline and my procurement manager was saying it’s about traceability, but really it isn’t. You can still trace where my animal came from and his date of birth should n’t have anything to do with traceability but that was going to be their controlling factor - and it was down to price. Last year when I was selling bulls there was only a day apart because I wasn’t able to fit all the animals into my catttle box, so I took another animal the following day. He weighed maybe 10kgs more, he graded the exact same but he was cut 30c a kilo because he just went over that carcass weight. I get hammered on those. They are the most efficient and fastest producing animals. They are still the same age as the animal beside them but you are getting heavily penalised becuase of your most efficient animal.”

And he is not a fan of the €100m BEAM scheme when it comes to compensating farmers for losses caused by Brexit.

“It’s a bit of a joke in ways. We are being told it’s compensation but to me it comes across as a payment to reduce your stock numbers which means you are guaranteed, bar prices rise, you are going to lose money,” he says

David describes the scheme as an “absolute kick in the teeth”.

If they said we are going to compensate you for a bad year and going forward what we will do is bring out a new scheme to get you to reduce and compensate you for that, but, no, they have thrown past history and the future in together and tell you we are looking after you, he says

With the IFA urging the Competition Authority to get involved, David feels they have a “very blinkered view on what is fair trading. We talk about Fair Trade and support it in places such as Africa and India, but we have a fair trade issue here when it comes to beef.”

And he is not very optimistic that the consumer is going to take on the price issue any time soon.

“At the moment, the consumer rowing in behind us hasn’t become fashionable. Climate change, carbon emissions and methane gasses - that is more fashionable to be spoken about,” he says.

And he can see the irony of Mercosur, with the EU allowing in cheap beef while we sell cheap beef to the Chinese.

“At no stage will the farmer be the beneficiary of it. I know the Mercosur deal had been pushed on the back burner for years and now, at height of climate change consciousness, we sign off on it, offering to buy beef from a country that is burning down rainforests. It’s to make money on trade deals. The little guy won’t benefit. It will be some multinational who wants to turn a dividend,” he says

Would he walk away from beef, given the chance?

“ I would just love a change, try somethig different but at the same time, I hate to burden myself with debt. It just take a lot of mental and physical effort. You worry. You say I will just tick away and try to cut things, tighten things up a bit,” he says.

Coming from a dairy farming background in Dromineer outside Nenagh, he asks: “How much more certainty is there in that enterprise as well?

Like anything, there is big investment if you are to go dairying. and if everybody jumps in to that boat it will sink or it will start taking in water, says David.

And, he says, he is at a crossroads regarding the stage his family are at, at the stage of his life and his own health.

“We have sheep, but my own family have no interest. I have two sons who have completed their Green Cert in Gurteen so they are in to farming and working for relief dairy farmers. As soon as I mention sheep they are gone out the door,” he says.