Woman re-offended after getting suspended jail term for her role in brutal attack on man in Co. Tipperary town 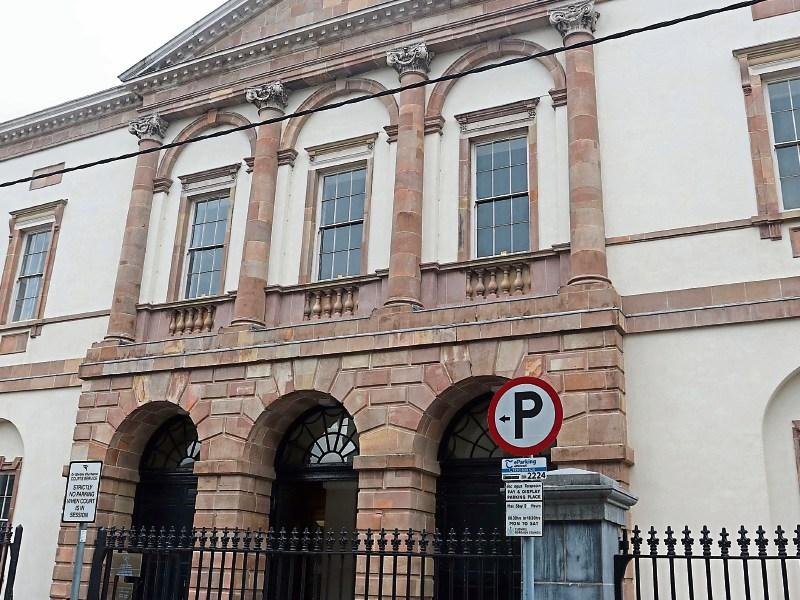 A 30 year-old woman appeared before Clonmel Circuit Court's latest session for re-offending just a month after she received a three year suspended prison sentence for her role in a brutal attack in Clonmel on a man who suffered 39 stab wounds.

Mother-of-one Katie Bannister of Willow Park, Clonmel came before Judge Patrick Meghan at the circuit court on Thursday, December 5 for failing to keep the peace and be of good behaviour during the three year period her sentence was suspended.

Prosecuting barrister Cephas Power BL told the court the defendant pleaded guilty in 2017 to assaulting and harming Stephen Bennett in 2011. The case came before the court for sentencing in April, 2018 but a bench warrant was issued for Ms Bannister's arrest because she had gone to Spain.

She was sentenced in May, 2018 and Sgt. Kieran O'Regan told the court that on June 30, 2018, just over a month after the suspended sentence was imposed, Ms Bannister drove a car without insurance cover in Limerick.

The sergeant recounted to the court the evidence of the assault offence for which Ms Bannister received the suspended jail sentence.

He said on the evening of April 22, 2011, Stephen Bennett attended a drinking session at the Holy Year Cross. He met Katie Bannister and verbally abused her. She left the party with some friends.

She was visibly upset and told three youths what happened. The group came up with a plan to lure Mr Bennett to the Bridgewater House Apartments complex in Clonmel.

The youths concealed their identities by putting tights over their faces and Katie Bannister lured Mr Bennett to the area with a phone call. At approximately 4.40am, Stephen Bennett arrived at the car park and was attacked with a knife by one of the youths. He was stabbed 39 times and the other two youths joined in the assault repeatedly kicking and assaulting Mr Bennett with a hoover pipe. Stephen Bennett managed to get into his car and drive to South Tipperary General Hospital.

His two lungs collapsed as a result of the attack. The incident was reported to the gardai. Ms Bannister and the other three youths were arrested for the offence of assault causing harm.

Sgt. O'Regan also read Stephen Bennett's victim impact statement made in April 2012 to the court.. The statement outlined that Mr Bennett was out of work for three months. In addition to the 39 stab wounds and two collapsed lungs, he suffered bruising all over his body.

His breathing was not as good as it was before the attack and there were scars from the stab wounds all over his body. The attack had left him very nervous of strangers. He didn't socialise as much, constantly looked over his shoulder and he couldn't even relax at home.

He feared being attacked again and was constantly checking security at home. He also spoke about how his relationship with his family suffered because of the incident. He felt very angry that people would carry out such a barbaric assault.

Defence barrister Suzanne Gorey said Ms Bannister went to Limerick to buy a car and stayed overnight in a friend's house. Her friend drove the car back to the house.

The following morning her client's sister called and said Ms Bannister's child was sick. He had a vomiting bug and high temperature. She returned to Clonmel and fully regrets the decision to drive. “At the time she felt she had no other option,” Ms Gorey explained.

In relation to the assault conviction, the barrister outlined that her client's plea of guilty to this offence was on a “joint enterprise basis”. Her role in the incident was to lure Mr Bennett to the area.

The barrister explained that Ms Bannister didn't attend the circuit court on one date because she travelled to Spain where her mother and grandparents lived. Her grandfather was diagnosed with terminal cancer.

Mr Gorey outlined that while in Spain her client cared for her grandparents and was their principal carer for a period of time. She also worked in a bar and restaurant while in Spain. When she returned to Ireland to deal with a family law matter, she contacted her solicitor and arranged for the bench warrant to be executed.

The barrister submitted that the details of the attack on Mr Bennett were harrowing but Judge Tom Teehan was so impressed by her client's evidence that he decided to give her a chance and suspended the three-year jail term he imposed. He didn't do this lightly. Her client supplied to the court numerous screenings showing she was free from drugs.

Ms Gorey pointed out that the activation of the circuit court sentence would have a considerable impact on her client's son. Ms  Bannister's only family in Clonmel was her sister and she wouldn't be in a position to care for her son if his mother was jailed. She argued that her client has entirely turned her life around and this traffic offence was a “blip” since she was sentenced in the circuit court.

Her client worked as a part-time cleaner and delivery driver but had to give the driving job up due to the driving disqualification she received for the insurance offence. Ms Gorey pointed out her client will feel the effects of the driving ban for a long time to come.

Ms Gorey added that her client has a number of health problems and was due to undergo tests a few days after the court hearing. She requested the court to adjourn the case and indicated she was willing to provide drug test analysis reports

Judge Meghan said he was going to adjourn the case to allow Ms Bannister get medical attention and to provide drug analysis reports.

He adjourned the case to Clonmel Circuit Court sitting of May 26 and gave the gardai liberty to re-enter the case in the court in the meantime if she came to their attention.