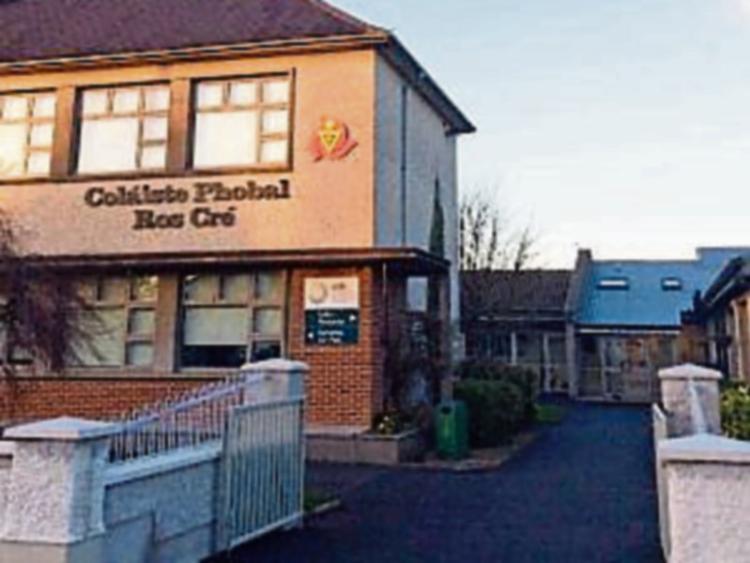 We thank all players especially the sixth years who have given huge commitment to camogie in Coláiste over the years.

They came up against a strong opposition and lost by 10 points in the end. Both panels of girls gave a brilliant account of themselves and represented Coláiste extremely well. Well done to players and management for their time and efforts.

It was a must-win game for both teams and credit to both teams for serving up a great game under testing conditions. Youghal started strongly but were wasteful from early frees but it was Roscrea who scored first with a Killian Sampson free.

The first 15 minutes saw both teams trade points, with Roscrea holding the lead but only just. A great attack and shot by DJ McLoughlin was saved by the keeper but Lee Doran was on hand to score the goal which briefly gave Roscrea breathing space.

Some slack defending allowed Youghal in for a handy goal, albeit well finished.

Roscrea led by the minimum at half time. The second half turned into a great contest with Roscrea opening a 4-point lead only to be pegged back again by the concession of another goal.

But it was the ability of the Roscrea forwards to score points during this period and the great defensive work of the backs which eventually saw them over the line.

This was a hard earned victory for Roscrea and should stand to them going forward. We now face Doon CBS in the quarter final on January 8. Well done to the panel and the management and all the best for the quarter final.