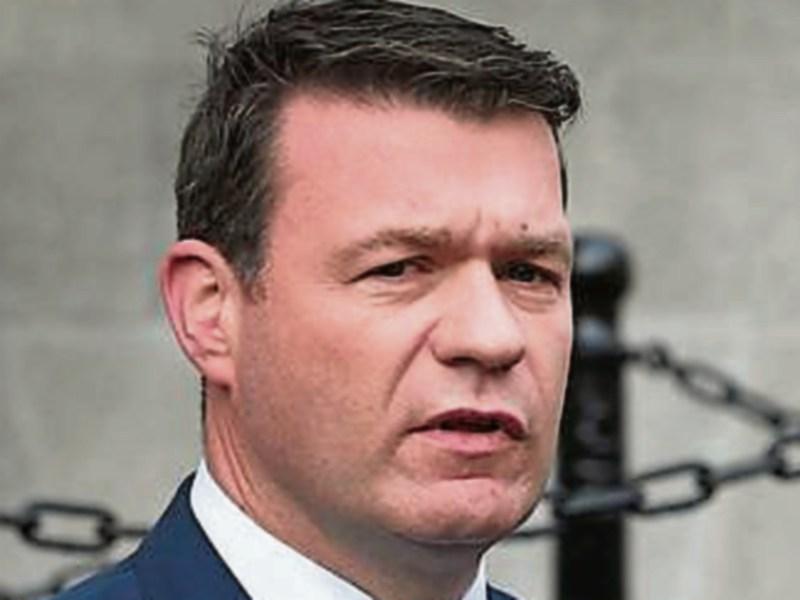 Deputy Alan Kelly: has launched his campaign to be the next Labour Party leader

Tipperary TD Alan Kelly has launched a second bid to become leader of the Labour Party.

He was nominated for the position this Tuesday by Duncan Smith, Labour’s new TD in Fingal in Dublin, and seconded by Cork East TD Sean Sherlock.

Among those supporting him as he launched his campaign in Dublin were former Labour Minister Jan O’Sullivan, Limerick, and former TDs Willie Penrose, Longford / Westmeath, and Mary Upton, Dublin South Central.

Speaking after he lodged his nomination, Deputy Kelly said that he will fight fearlessly and relentlessly to restore Labour to leadership of the Left.

"The reality of where we are at today as a country is that, as we reach full employment and our economy grows, more and more people are being left behind.  For the Labour Party, the party of the worker, that is unacceptable and that is what we will prioritise if I am elected leader. There must be more to society than running to stand still," he said.

Saying that the party had been founded to advance the interest of workers, he said that now was the time to go back to basics.

"We must rebuild our party, take it back to the grass roots, cover every corner of the country in doing so and regenerate the trust we had with the people of Ireland that, no matter what, Labour puts the people first.  There is a hard road ahead and it will take time, but the rebuilding of the party must revolve around putting workers and their families at the centre of political discourse," said Deputy Kelly.

"We might be at a low ebb in terms of parliamentary success but never before has what Labour stood for been more needed. The realignment in national politics whereby the traditional larger parties are moving inexorably closer has created a void that honest, hard-working and considered social reformists must fill. Labour is the only party that can do that and our hard work begins now.

"Finally, I want to thank our outgoing leader Deputy Brendan Howlin for his selfless commitment to the Labour Party across four decades. I wish my competitors well in their bid also. Above all, I want to stress to our members that we have had dark days but there is a future ahead, a bright future for the Labour Party. Together we will rebuild Labour, restore it to a place where it gives responsible leadership of the left, implements social reforms and protects and promotes all those in society who deserve better than their lot today," he said.

Mr Kelly, from Portroe, has been a member of the party since he was 16 years old, and has held seats in Europe, the Seanad, and has been successful in three Dáil elections. He is the party’s current deputy leader.

Following the 2011 election he was Junior Minister for Transport before taking over the reins at the Department of Housing, Community & Local Government during the introduction of the controversial water charges.

During the last Dáil, he championed the cause of the 221 group of women whose cervical smears were misdiagnosed and, won praise for his probing of Garda management’s undermining of whistle-blowers. He served on the Public Accounts Committee and was party Spokesperson on Health.

Following the 2016 general election, he retained his seat, coming in fifth without reaching the quota.

In this February’s election, he again retained his seat, moving up to fourth, one place ahead of Fianna Fáil’s Jackie Cahill.

Deputy Kelly is likely to face opposition to his candidature from Dublin Bay North TD Aodhán Ó Riordán who lost his seat in the 2016 general election but regained it this time round.

Mr Kelly said as he announced his bid for leader that he would relish a contest if Aodhán O Riordán decided to stand against him.

When Deputy Kelly attempted to run for the leadership in 2016 following the resignation of Joan Burton after a disastrous election, he was unsuccessful in getting a nomination, leaving the field open to Brendan Howlin.

However, in 2018 the party changed its rules for election from the leader being nominated by the party’s Oireachtas members to one where candidates can seek nomination through Labour Party local constituency councils, with the membership voting in any contest to elect a new leader.