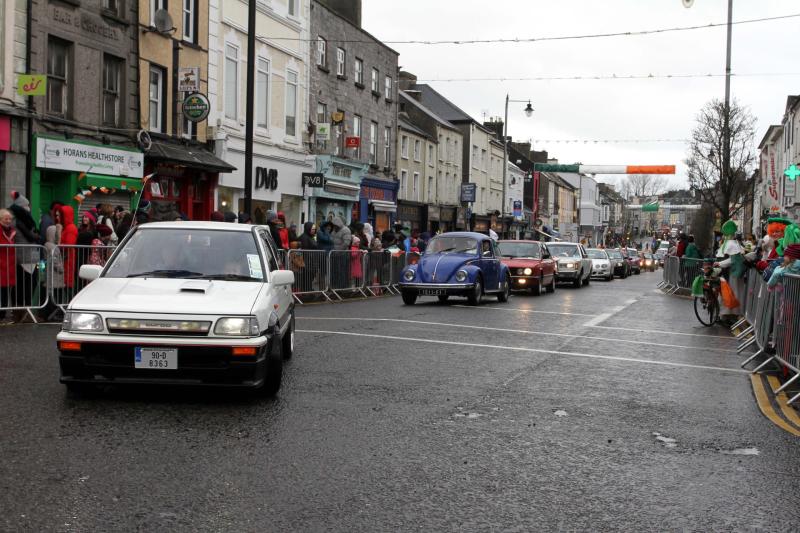 Newport has joined Nenagh as the latest town in the Premier County to fall foul of the coronavirus outbreak and postpone its St Patrick's Day parade.

Nenagh's parade chairman Cllr Hughie McGrath said that the Dublin parade cancellation was a factor in the decision.

"I don't want to take any chances," he said. "The public will be disappointed but public health is more important."

Cllr McGrath said that the parade was being postponed rather than cancelled.

“On behalf of everyone on the committee, I would like to thank all those who had committed to participating in this year’s Parade, many of whom do so every year. We hope to get the opportunity at a future date this year to see all our groups and clubs parading through the streets of Nenagh," said Cllr. McGrath.

"Nenagh is fortunate to have a summer festival - Castlefest - and we may incorporate a parade into that," he said, adding the committee will redouble its efforts to ensure Castlefest will be an even bigger success than last year.

Castlefest will run from June 19 to June 21.

The visit of the John F Kennedy Regimental Marching Band, which was due to take place on Monday, March 16, has also been called off as it would most likely draw a large crowd.

The band, who are scheduled to take part in the Dublin parade, were due to stop in Nenagh for a parade and a concert.

Meanwhile, the parade committee in Ballina is due to meet this Tuesday evening to make a decision on their event.

However, it is expected that the visit of over 80 rugby players from St Thomas Aquinas High School in Kansas to Nenagh will go ahead as they are part of a rugby school tour and are due to play Nenagh Ormond in a match for the inaugural Nenagh 800 trophy.